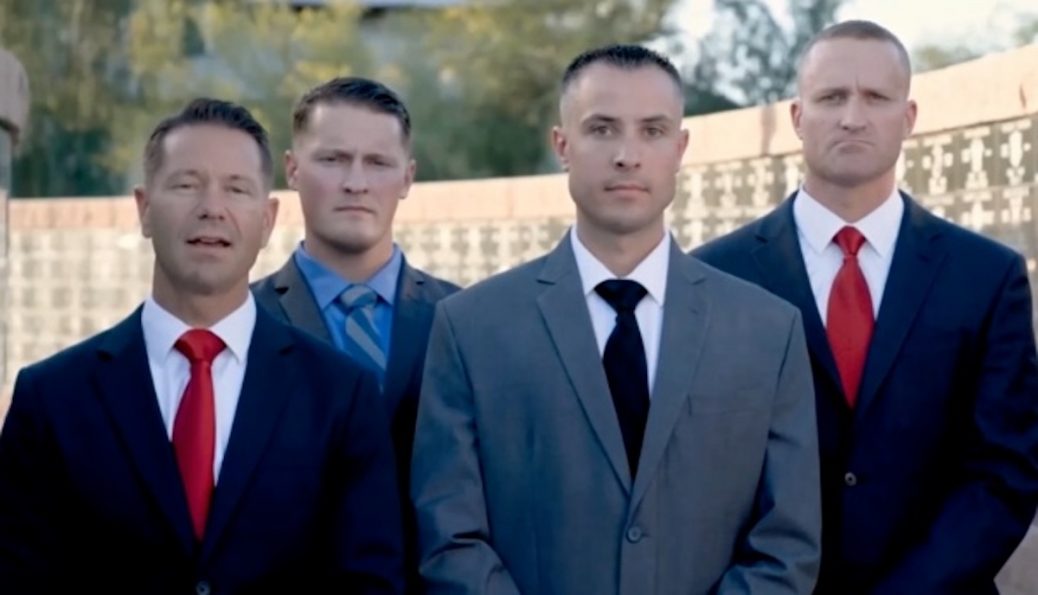 Six active duty Marines have joined together to speak out against Joe Biden for forcing the armed forces to get vaxed or lose their careers.

The Marines spoke out in a video played during an anti vax-mandate rally held in Los Angeles on Sunday.

This is quite a video, especially since the stars of the video are active duty Marines. After all, it is generally drummed into the heads of Marines that they must follow orders no matter what else. Yet here the are speaking out.

In fact, one of the six is the first female Marine F-35C pilot, Capt. Catherine Stark.

The Marines were direct and to the point.

“I was competitively selected to command an F-35 squadron. That achievement took 18 years and seven months and was recently taken away because my religious accommodation and appeal both came back denied,” said Marine Lt. Col. Scott Duncan, a former Top Gun instructor and F-35 pilot.

Marine Capt. Joshua Hoppe, a 9-year MV-22 Osprey pilot, said that if the mandate is not rescinded, “I will likely be removed from service, charged with misconduct, and the educational benefits that I’ve transferred to my children will be removed.”

“This mandate infringes on our religious freedoms and is being unlawfully enforced. I have sworn an oath to support and defend the Constitution of the United States against all enemies, foreign and domestic. I will not abandon that oath,” Hoppe exclaimed.

“Absent intervention from our judicial branch or our senior military leadership, I face involuntary separation from our beloved corps after my religious accommodation request was wrongfully denied. These injustices being carried against an officer are likely occurring at even greater scale to our junior Marines. When we took the voluntary oath of service, we did not surrender our constitutional right to exercise religious freedom,” Morison said.

For her part, Marine Capt. Catherine Stark said, “This past year, the policies in place have led to me being personally targeted and discriminated against. I pray to my Lord and Savior Jesus Christ that the military can reverse the mandate and respect my religious and moral beliefs as well as my legitimate health concerns.”

You can see the video at Breitbart News.