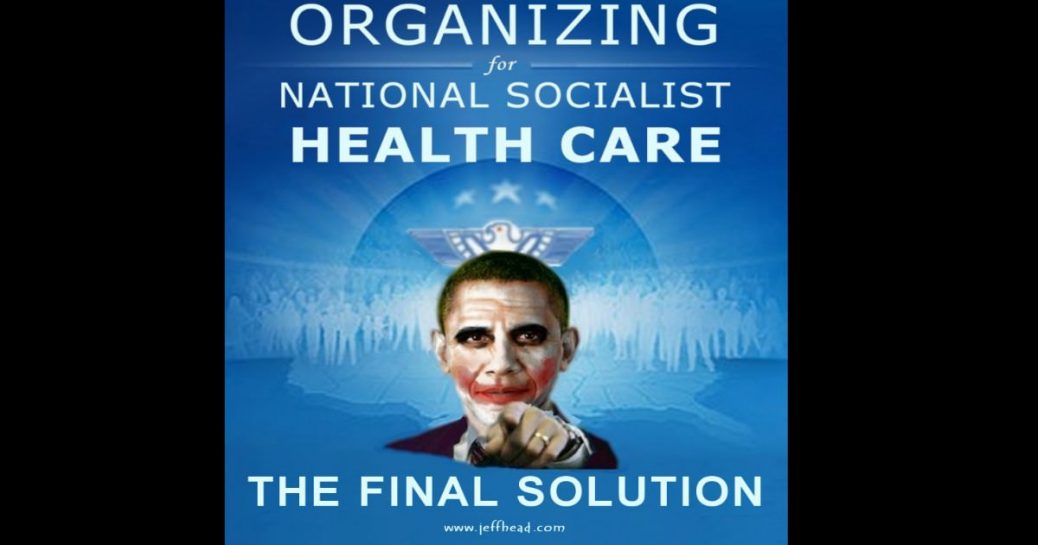 Scroll Down for Audio version

This was the endgame all along. A few of us saw this coming a mile away and spoke out back then. Heck – all you had to do was listen to Obama’s own words to know what the plan was. It was never going to be ObamaCare forever.

In 2006, Obama said that although he “would not shy away from a debate about single-payer,” right now he is “not convinced that it is the best way to achieve universal healthcare.”

Obama knew back then that one cannot dive head first into the deep end. He knew the people would first have to dip their toes in the water – then step into the shallow end. Eventually the people would acclimate themselves to this new environment. Only then would they be willing to venture into deeper water.

There are two ways communism and fascism occurs – complacency (or lethargy) and desperation.

The rise of Hitlerian fascism in Germany was born of desperation. The current socialism in modern-day Europe, which will eventually lead to either communism or fascism, may end in desperation, but is born of complacency. The same can be said of current-day America. It’s just a matter of how much time it will take for theirs and our citizens to voluntarily give away the balance of rights and freedoms that they and we have left.

None of our freedom from government encroachment has been taken by force. We gave it up – and gladly so. It’s just easier for someone else to worry about such things.

It’s always been easier to pass a law or develop a regulation to inhibit “wrong” behavior – to compel people NOT to do the wrong thing. It takes the hassle out of personal decision making and responsibility. Like the ObamaCare mandates, government can then begin to compel the people TO do something – not just preventing whatever it is the government finds offensive.

All these attitudinal changes take only time. Socialism slowly and quietly creeps into and displaces freedom. Then it’s just the time it takes for socialism to give way to authoritarianism. After all, someone, or group of someones, must by “in charge” of the socialism.

Now, according to a recent social media poll conducted by 30db.com, 62% of poll participants favor a single payer healthcare system. Pew Research conducted their own survey and confirmed those results, showing that, “Currently, 60% of Americans say the government should be responsible for ensuring health care coverage for all Americans, compared with 38% who say this should not be the government’s responsibility.”

The time is now right to begin to roll out single payer government healthcare. It’s no longer the ridiculous notion we once thought.

Regardless of what the spineless lying Republicans put forth, this die was cast the moment ObamaCare became the law of the land.