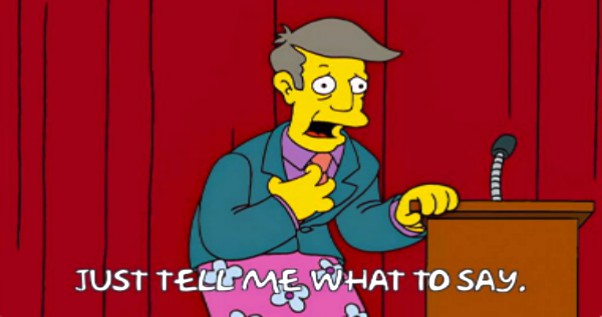 You have to see this to believe it. The Simpsons have been on the cutting edge of satire for some 30 years now, and they can still produce some spectacular content.

In an episode from more than a decade ago the show lambasted the insanity of the social justice left and their efforts to destroy our culture.

Sadly, while the Simpsons brilliantly lampoons the left, episodes like the one being depicted in the show are ACTUALLY happening all across the nation.

The most recent example comes to us from Google, where a politically incorrect programmer was too honest for his employer, and soon found himself without a job.

However, it’s not just Google. A cursory glance around the nation at our colleges, and universities finds similar behavior to what you’re about to watch play out on the Simpsons.

The Left is purging anyone who can’t toe the party line, and then forcing their brand of “culture” and “morality” down the throats of our children. It’s insanity and we have to do more to fight back…

Watch as the Simpsons serves up some delicious anti-Leftist satire.