The Similarities and Differences Between Donald and Hillary 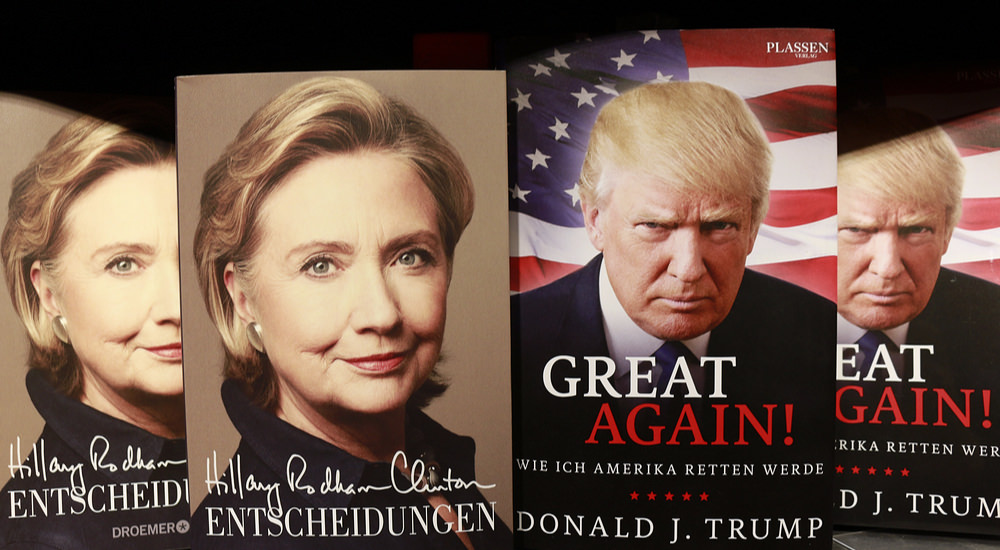 Let me outline a few similarities, differences, and comparisons between Hillary Clinton and Donald Trump.

THE ISSUES: Hillary and Trump are on opposite ends of the spectrum on issues:

Outsider/Inside: Trump is the anti-establishment, political outsider with no record. He has been a successful business person   who has created many jobs. The businesses were on the receiving end of taxes and regulations. Gender and race mean little, getting the job done with quality and finishing on time or early his aim. Trump has bargained many contracts, (treaties and trade agreements). The American people will be his stockholders and partners when elected. Trump has used his own money pr that of people who volunteered to be a partner or stockholder. He did not set the rules for government grants or borrowing.

The Clintons lived off of the government money for years. They used their positions for salary, and contacts for other income, check the scandals. Hillary as a wife a former president, senator, and secretary of state, is a true insider with many contacts.

When Hillary was secretary of state she was extremely careless with national security, on an unsecure e-mail server and other devices. Since the time of no indictment, the partial information revealed is very alarming. Giving immunity to prosecution for so many is not justice for the American people. No one should be above the law.

Under her watch as secretary of state: Isis was born, four Americans lost their lives in Benghazi, the reset button was pushed for Putin and uranium was sold to Russia. She worked on many trade deals and treaties that did not favor the U.S.

The coordinating for the speeches is unclear, but the Clinton Foundation was a rout of access to the U.S. government. The speeki9ng fees were high enough to ask was more involved. Were those who paid the high fees and gave to the Clinton Foundation buying influence for the present or the future? Many of the foreign donors were Arab or Islamic, areas where Sharia law rules.

Even with the experience, do we want someone who will withhold information from congress and rule by executive order?