Silence has been Deadly for our Country 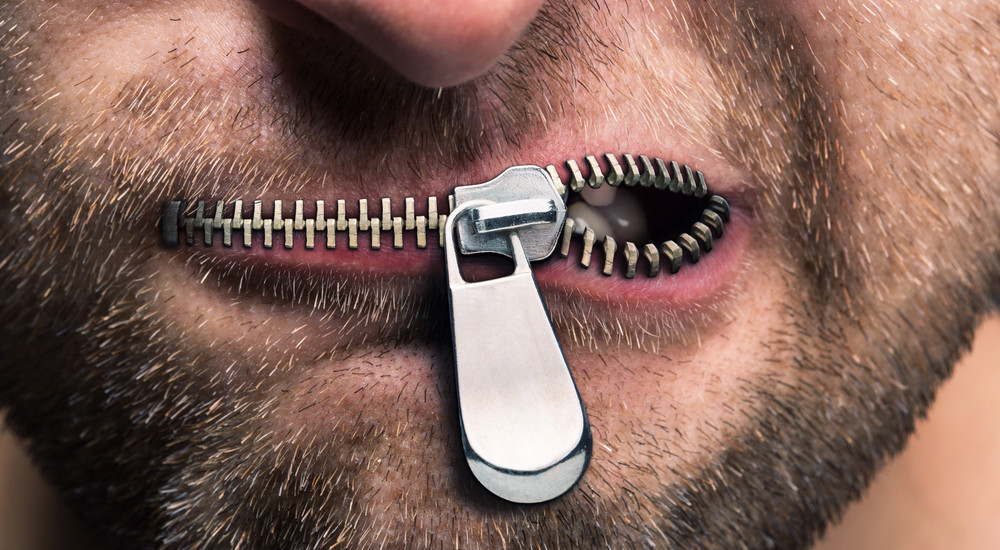 How many of you remember the phrase many years ago that “Silence Is Golden”?  As a child I was taught to be silent.  How many times did you hear adults tell you that children are to be seen…not heard?  It was a humorous way of having kids respect the adults and not butt in with their racket.

Today…we have seen the results of being silent.  The “Silent Majority” has relied PRIMARILY on the voting booth for too long and now we are all paying the price.  The people we have voted in office have let us down.  They were poisoned or blackmailed to keep the boat from rocking.  A handful of good elected officials have actually stood up for what we believe.

These few officials have been ridiculed, slandered with blistering names, ostracized, and been attacked on every side.  They stand very little chance of being effective at the job we hired them to do.  And what do we “the silent majority” do?  We watch and pray.  Well…that ain’t gettin it, folks!!  Our silence has allowed our principles, values, common decency and humanity to be stripped right out from under our noses and shut mouths.

Our “Silence” has been deadly to our Country and way of life!!  Only two times in the past 4 years have I seen the silent majority actually stand up and do something that can/could/did change the despicable direction our leaders are leading us to.

The first time I saw a national uprising of the Silent Majority and Christians was when Chick-fil-A was being attacked and boycotted by the left wing radicals.  We “rose up as one” and voiced our opinion and followed it up with action everywhere.  We had a nationwide “Patronize Chick-fil-A Day” and millions of people spent hours in long lines to show their support.  We helped them weather the storm and them protect revenue and market share when the leftist radicals screamed “boycott”!!

The second instance was just this past month when Target Stores decided to allow mentally disturbed men into our daughters, wives, mothers, grandmothers, aunts, nieces, and female friends’ bathrooms.  Silent No More because we finally had had enough of the craziness.  Target has lost MILLIONS of dollars and it’s going to continue as more people find out and patronize other businesses.

How you say??  Start talking!! TELL people you know to stay away from Target because men are allowed in the bathrooms.  And don’t allow them to turn this into a Christian Bashing issue…it is a Privacy and Safety issue.  There is NO SHAME in speaking the truth!!  There are millions of people that still have not heard of Targets’ new policy yet.  Let’s keep raising our voices and causing a stink (no pun intended) regarding Targets’ bathroom policy.  I don’t want to just teach them a lesson…I want to see a leftist organization actually go bankrupt because of their utter disdain towards us sane people that just want safety and privacy and their disgusting policy decisions on behalf of the mentally ill .03% of people in this country!!

What have proven that our voices and actions can have a major impact.  We have to be louder with our voices and actions (not hateful) than the radical leftists!!  The Silence has been killing us.  As soon as we hear the left mouth the words “bigot, racist, religious nut, intolerant, homophobic, etc…” we scurry back to our Silent Holes and hunker down.  I say…Let’s Get Louder and maybe they’ll decide to back off their lousy discriminatory tactics and realize that we are a Force To Be Reckoned With!!

What do we have to lose?  Our “Silence in the Face of the Leftist Radicals” has already ripped apart our Country.  I for one am NOT going to sit back on my hands and keep my mouth shut.  My Country is worth fighting for.  Is it worth fighting for you too??

Open Your Mouths, Silent Majority.  Let’s Win Back OUR Country!!