Shouldn’t Ryan’s Healthcare Failure be About Us? 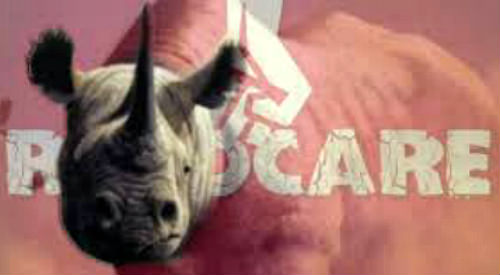 Can we get a little perspective on the epic RINOCare fail? By perspective, I mean, exactly who it really harms.

There is a one word answer to the question of who it harms, and it doesn’t start with ‘T’. The word actually begins with ‘U’ – as in
Us! Yet watching the weekend cable news broadcasts, there has been nary a word mentioned about the harm Paul Ryan’s phony “repeal and replace” bill has caused us – the Americans who voted for these bums.

We the “silent majority,” who, over the past few election cycles, have decided to not be so silent – to make our wishes known to these politicians. In return for our votes they have made promises.

Beginning in 2010, Republicans began an unbroken string of passing clean repeal bills. They’ve asked for our help to build majorities and WE made it happen. We even elected an “outsider” from the business community to aid in our quest to roll back government and rid us of ObamaCare. And for all our trouble – for all our hard work and heavy lifting, it is WE who have been stabbed in the back by Ryan and the establishment.

However, to historically reliable cables news outlets like Fox, it is like we don’t exist. It seems as if it is now all about politics – not people – not voters and taxpayers.

I’ve viewed several Fox News shows over the weekend and every one of them appears to only care about symbolism over substance. How is this crushing defeat of the Ryan joke-of-a bill going to affect president Trump – how does it “look” that Trump backed this sham of a bill. What does it do to his credibility and can Ryan now survive in the role of Speaker now that he potentially made the president look bad.

I’m not disputing that these Fox people are correct. They are. I too think Ryan buffaloed Trump into supporting this pig. Some would say – well, what does this say about Trump that he can be so easily fooled. I don’t think is says any such thing. It depends on whether it occurs again. You know – fool me once – shame on you – fool me twice…

The President, any President, always has a lot on his plate. Therefore, he must delegate to those he trusts will keep him fully informed and advise him properly. If I were to blame anyone for this debacle, I would hold his advisers accountable. They are the ones who must have advised Trump to back it.

My beef with Fox and other like interweb sites is that they seem only to care about how this failure looks – not what ObamaCare has done to us. This, I thought is what repealing it was all about – sparing the American citizen from further damage.

On the Fox News program, “The Five,” Eric Bolling exclaimed  that, “I don’t hate Paul Ryan. I hate what he did to the President. He led the President to believe that thing was ready to be passed.” Well Mr. Bolling – I hate it to too, but I hate more that Ryan stabbed us in the back. Yes, Ryan probably lied to Trump, but in my opinion, and more importantly, he lied to us.

Judge Jeanine on Fox said something similar. She began well, by saying that Ryan needs to step down as Speaker. But the reason, she claims, is his “failure to deliver the votes on his healthcare bill.” Not that the bill was a complete fraud – just that he didn’t get the votes. “The one that he had seven years to work on. The one he hid under lock and key in the basement…,” added the Judge.

She then angrily explained that Trump had to use “valuable political capital,” to help Ryan push for the bill’s passage. The Judge scolds Ryan by saying that, “you (Ryan) allow our president in his first hundred days to come out of the box like that?”

As we’ve seen and experienced, presidents come and go, but legislation seems to live forever. And it is we, not the President, who have to live with the tragic consequences. In the grand scheme of things, what is really more important? Is it making the president “look good,” or saving us from despicable legislation and crushing regulation.