Should the People be kept in Bliss (ignorance)? 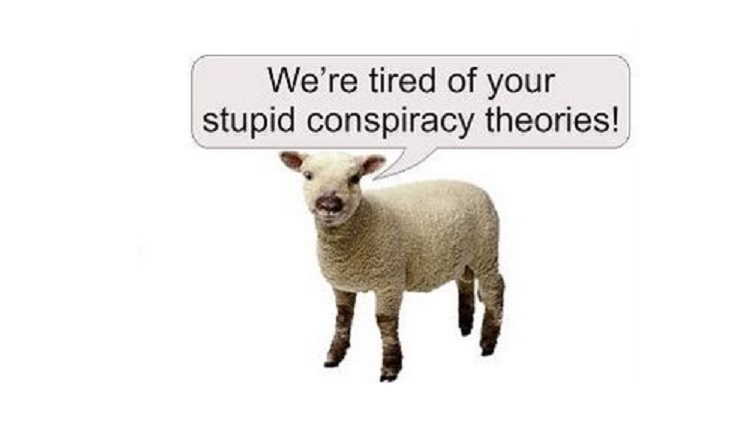 How many of you have been down the rabbit hole? Don’t worry if you don’t know what that means, it means that you haven’t and you can put your hand down because this op-ed is for you, not the ones with their hands in the air. See they are already messed up and you can yet be saved. Can you handle the truth? Is that even the question? Perhaps the real and only question is “Do you really want to know?” Frankly, your answer should be no.

Game of Thrones has produced many bits of dialog that have become ridiculously popular when turned into memes on the internet. I’m sure at this moment one has popped into your head or perhaps even several depending on how busy your mind tends to be. And from that vast pool of quotes, the one that best applies to this topic is from Sansa Stark “The truth is always boring or terrible.” I wish I could tell you it was boring.

I was 40 years old before I had enough life experience to begin to see the world as it actually is and it wasn’t anything like I thought it was. Americans live extremely sheltered and pleasant lives. The kind of lives Europeans used to have although not quite as sheltered and pleasant as American lives once were. But I digress.

It was another decade after discovering that whole new world of reality that I grew suspicious. Knowledge has always been my life force so like a bull in a China shop I roared down that rabbit hole seeking the truth. Unfortunately, I found it. Oh make no mistake it took a very long time and the determination of a true psychopath but I found it. Correction; I barely touched the surface and just had enough of the truth. I’ve had enough sleepless nights and the worst part is it cannot be unseen. Imagine what it must be like to open your front door every day to a completely different world than what you were brought up in and none of your neighbors can see it. Or what it’s like to be around people who are completely clueless about topics they pontificate like experts on. If you can, perhaps you might appreciate the burden.

The point here, however, is whether everyone should be pushed down the rabbit hole and perhaps those of us who have gone down the rabbit hole should be pushed a bit further down like it or not. Do you really want to know the truth about who we really are and what we’ve really done as people and nations? Is that what you really want or would you prefer to relax when you get home from work today or enjoy a simple nicety like a barbecue with your loved ones without a care in the world?

I hate to say this but I think there are some things that the general public should not know. Bad things. Very bad things. I’m fairly certain that if all the truth was ever laid out on a table for the world to see it would lead to mass riots and most likely war. Not everyone is a rocket scientist and most would feel extremely betrayed by media and government. Rightfully so and after the truth was exposed people wouldn’t know what to believe anymore and that, en mass among humans is a dangerous powder-keg waiting to go off.

I don’t know who’s smarter the ones who can’t resist the rabbit hole or the ones with no interest in the rabbit hole. What I can tell you is my life would have been more pleasant had I not taken that journey. Unfortunately for me it wasn’t really a choice like any junkie I couldn’t resist and kept digging deeper and deeper until ……. I had enough. But even now I still can’t resist and though I’m not as much of a psycho about it like I used to be I still find myself digging around where I don’t belong.

Truth is a drug. Before you take the real red pill be certain that it is what you really want because there is no turning back … ever.