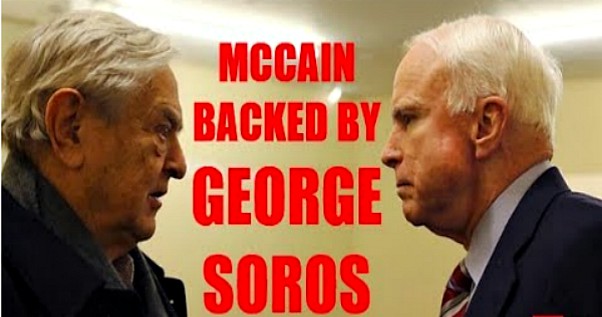 The first promise President Donald Trump made when elected as POTUS was to ‘drain the swamp that encompasses Washington, D.C. That is the swamp where all the quirk heads pretend they are here to protect America but in reality do everything to sabotage our way of government. It is the ultimate deception.
Yet, many of these swamp creatures put all their efforts into destroying America from within, blocking sensible laws and crafting some of the nuttiest legislation ever read by this columnist.
It is not easy to drain a swamp. First of all, the slush in the swamp must go somewhere when it is pumped out of the murky mess it settled in. It is like digging a hole to bury some dirt.
The challenge is even greater when much of that which must be drained out is seemingly connected to guy-wires along the insides of the swamp holding the objects in place where they can neither come or go. They are held in a rigid position of total control, which is the purpose of those guy-wires. Those who obey willingly and efficiently will be gifted with positions of power and name recognition along with generous pocket change.
And who exactly are those Swamp Creatures? They are RINOS, meaning, Republicans in Name Only. They are like a flock of buzzards that think they are eagles but these impostors are more vicious and ruthless than Democrats or even Bernie Sanders supporters.  On second thought, Hillary may be even more scary.
I’T TIME TO DO A ROLL CALL IN THE SWAMP: Senator John McCain:  “Here.”  The “war hero” and the Swamp Master have enjoyed a very close relationship for many years. Wait–war hero? The press, all controlled by George Soros, certainly made him out to be just that. However, he was known by fellow prisoners of war as ‘being a snitch.’  In other words, he reported on all he heard from the men’s private conversations behind those prison walls, which brought him extra favors by doing so while bringing extra punishment for them.
John McCain has been funded by Soros for many years by his shadowy organizations. Soros enlisted the senator’s inside help to fight the NRA with his main objective being to disarm all Americans. Once all Americans were disarmed, the rest would be easy for the Communists to hand you a paper at your doorstep and say, “Here are your orders.”

John Young published a story in various conservative news sites regarding the Senator from Arizona.

Senator McCain first rose to national prominence on the issue of campaign finance reform. Everybody knows that our political system is so corrupted by money from special interests that it no longer represents the interests of the people; so this is pretty much a “mom and apple-pie” issue. So Senator McCain undertook the task of “taking the money out of politics,” and even founded a non-profit institute, called The Reform Institute to move the project forward.

But where does the optimistically-named Reform Institute get its money? Well, the donors list includes George Soros’ Open Society Institute and The Tides Foundation among others. Try not to be shocked that Arianna Huffington, a long-time Soros organizer serves on its advisory board. This will explain their liberal slanted news on the Huffington Post.

Just to show how loyal the esteemed Mr. Soros is to his loyal minions like John McCain, Ms. Huffington actually organized a series of Shadow Conventions for fundraising for McCain prior to his previous campaign for president, for which Soros contributed about a third of the funding.

In the wake of the passage of the McCain-Feingold Campaign Finance Reform Bill, was corruption reduced? Of course not. All that happened was a bunch of so-called 527 groups funded by George Soros had free reign to do whatever they wanted while pro-constitution advocacy groups like the NRA were muzzled.(1) This “side-effect” of the bill was utterly predictable.

According to the original story, here are some more interesting names who are still in the swamp with George Soros: Paul Ryan, Marco Rubio, John Kasich, Lindsay Graham. Again, this is only a partial list of those who have sold out to George Soros.

Of course, Hillary Clinton was totally in his pocket and there was no question in his mind that Hillary would be sitting in The Oval Office. Soros was shocked at this unexpected loss almost causing him a nervous breakdown. He even had Hillary’s photo on the cover of Newsweek with the caption, “Madame President.” which was released two days before the election.

Soros could not believe that the people came out in the millions to back Trump and put him into the Oval Office.

Most of the D.C. ruffians running the U.S. are working with Homeland Security, yes, you read that right. Soros has put the most sensitive government offices into the hands of Communists and Muslims. You can google this info. And you should read the results in horror. It is ridiculous that any country could do anything this stupid.

America put in President Donald Trump. He does not have to kow tow to anyone. We have a majority of Republican representatives on Capitol Hill. The President has great power including the Executive Order. He can put a stop to all of this opposition and simply do what a president does. He can at any time have the Sgt at Arms seize and arrest someone in high office who needs to be removed from that position.

The president can also reign in these rogue judges that have the audacity to make a presidential order null and void. This is war time. There are different rules under these conditions. Forget about ‘constitutional rights.’ Those rights are ONLY for citizens of The United States of America.

Those citizens who try to interfere with the function of our government and sabotage any action, such as by George Soros, he can and MUST be arrested and charged with Treason and Sedition. To not take this action is idiotic.

The greatest effort is to turn this planet into a One (New) World Order that would be under tyrannical Communist Islamic rule. There is only one country standing in the way of that goal. The United States. Why? Because the majority of the American people worship God and go to church. Churches still dot the landscape of every state. This is why and how the following statement was made. Now read it carefully:

“The main obstacle to a stable and just world order is the United States.” –George Soros.   Spoken like a true Communist.