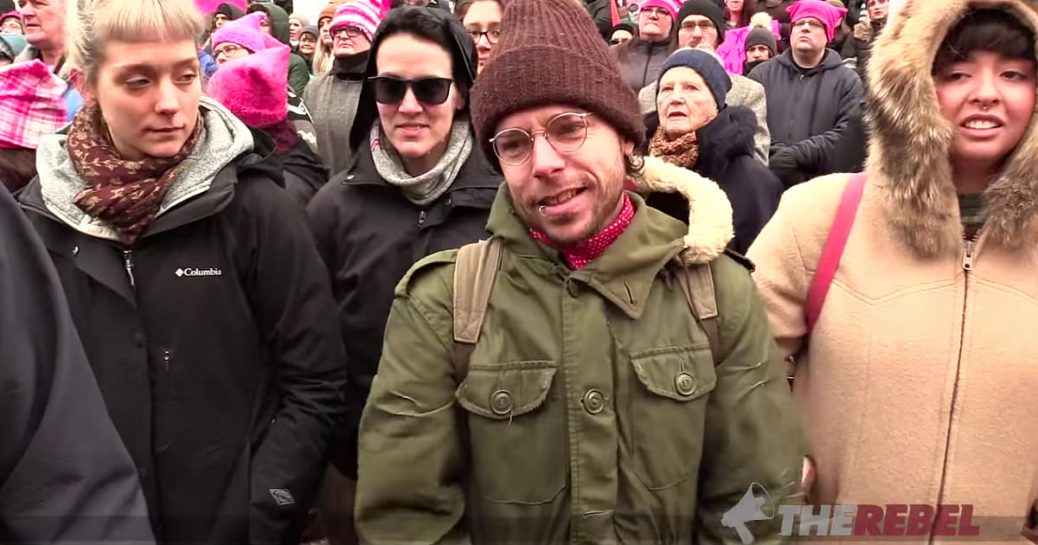 I guess the so-called “feminists” who were marching in the “feminist” parades over the weekend prefer to defend violent male cowards rather than find justice for women.

In a disturbing piece of video footage, the folks at the Rebel capture a liberal MALE protester hitting a female reporter in the face. That is really not-so-surprising, after all these are the same liberal thugs who bash windows, destroy private property, and firebomb vehicles. What is surprising is that he hit this woman in full view of dozens of other women and those women chose to defend the thug and give him a chance to escape the situation! That’s right, instead of holding the violent attacker so that he would face justice, they formed a human shield so that he could slink away into the masses.

I thought these women wanted justice for woman-kind? Here they are offered an opportunity, and instead they allow a man to punch a woman in the face and then slink away…