Sheriff tells Citizens they are the “First Line of Defense” against Terrorism, So Prepare Accordingly 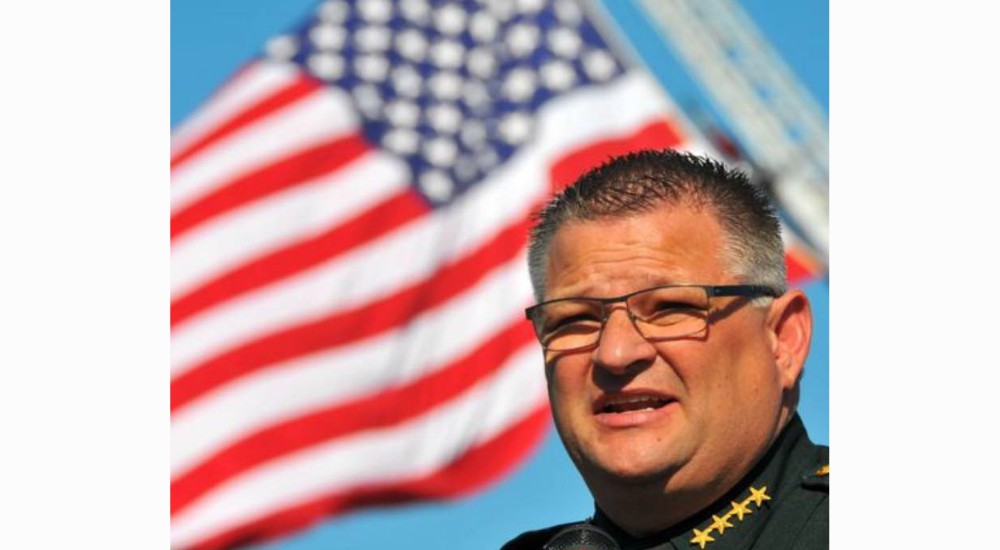 Mentioned below is a timely and well-spoken message by Brevard County, Florida Sheriff Wayne Ivey.  OATH KEEPERS posted Sheriff Ivey’s message in this month’s online newsletter, but the Sheriff’s message is MUST VIEW, and should be heard by every caring citizen.  Sheriffs are the Chief Law Enforcement Officer in each county across America, and the citizens in those counties who’s Sheriff understands his/her role and authority are most fortunate.  Those citizens stand a greater chance of being properly protected against infringement on the sovereignty of their county and their lives far more so than in counties where the Sheriff is not standing on his constitutionally unique position.  God Bless Sheriff Ivey, and the men and women under his command.  Brevard County, Florida is a county where the Sheriff is not as concerned about his resume or reelection as he is about in powering his citizens to be lawful extensions to his office, and extending the rights and privileges of the Second Amendment to the U.S. Constitution, rather than fearing the elements of that precious amendment.  There are 3,200 Sheriffs in America.  I have met many who understand and agree with Brevard County, Florida Sheriff Wayne Ivey, but sadly the number who stand shoulder-to-shoulder with Sheriff Ivey still only make-up a minority.

If you have a Constitutional Sheriff like Sheriff Ivey, than support that administration to the fullest.  If you are not as fortunate talk with your Sheriff, learn why he/she is reticent to being a Constitutional Sheriff.  Let your Sheriff know you are cheering him on as he/she studies the right to be a Constitutionally-minded Sheriff with all that entails.  Empowering the citizens in a county goes far beyond encouraging them to take advantage of the gift contained in the Second Amendment of the U.S. Constitution; like Sheriff Ivey expresses in his short message below.  This Sheriff speaks candidly about empowering the citizens of his county by educating them on how to protect themselves and how not to be a victim; how to act during an attack if you are unable to avoid such an incident – whether at home or work, perhaps in public; how to prepare and respond in the event of an imminent threat to the community; how to interact with law enforcement when they arrive on scene.

Please review Sheriff Ivey’s message below, and perhaps forward the same to your Sheriff.  There are very difficult challenges coming to our Land, and a successful response will depend on all of us working together much like our Forefathers did if we are to prevail against the forces of darkness that detest our American values, culture, ideals, and way of life.  We need Sheriffs who will stand in the trench alongside of the citizens in their county, and Sheriffs (and all law enforcement) need citizens to stand shoulder-to-shoulder with them, also.

“Folks, now more than ever is the time for our citizens to be prepared to serve as the first line of defense, not only for them, but for their families,” Sheriff Ivey said.

As images of the Fort Lauderdale airport shooting and Pulse nightclub massacre flashed on-screen, Ivey warned residents that attacks have happened locally as well as abroad.

“What’s next is to fully understand that this is war, and you better be prepared to wage war to protect you, your family, and those around you if attacked,” he said.

Ivey stressed that attackers rely on people running, hiding, and waiting for help, rather than fighting back.

“What they don’t count on is being attacked themselves, having to become defensive to save their own lives,” Ivey argued.

The sheriff said that calling 911 means officers are on their way, but said, “Until they arrive, it’s up to you and those with you to neutralize or eliminate the threat.”

“No matter who you are or what your position is on guns, there’s no denying the fact that the only thing that stops a bad guy with a gun or a knife is an armed and well-prepared citizen or law enforcement officer,” Ivey said.