The Shaming of Jeb Bush 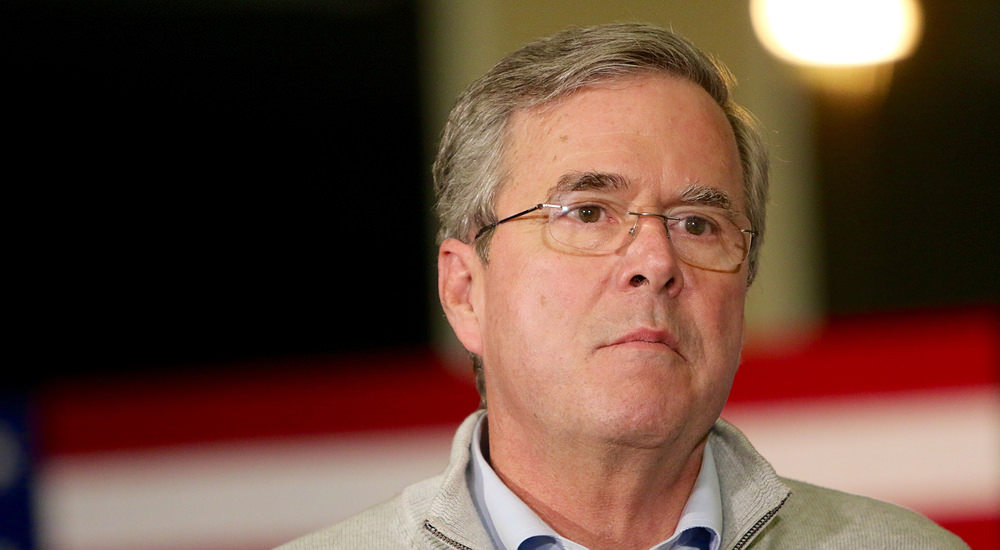 You might say, “Most people break their word sometimes,” and this would be true. But Jeb has been known for being a straight arrow, one of the good guys that would always tell the truth. When he was Governor of Florida, my state, I always felt that he was one of those rarest of people – a politician who could be trusted. He was a good governor, and I looked up to him.

But now he has done something that has not only violated our trust, but could also end his career in the family business. He took a solemn pledge – and then he violated it. Jeb, along with the 16 other presidential candidates at the time, vowed to support the nominee of the Republican party – no matter who he or she might be, Of course, at the time he assumed that because of the Bush name and his pedigree, he would be that nominee. But that doesn’t matter; a pledge is a pledge.

Of course, he was disappointed when Trump became the nominee. So was I. So were the rest of the nominee wannabes. But only he and John Kasich (who also broke his pledge) were childish enough to refuse to attend the convention. In that regard, I am also very disappointed in both his brother and his father, who both made it clear that they would not attend. His father may not have been able to attend because of his health, so his announcement was likely symbolic. But for George W. Bush to sit out the convention just because his brother was pouting was foolish.

I always supported “W” even when he was weak and caved in to the Democrats on spending. He was definitely not a fiscal Conservative, but he was a social and defense Conservative, and those were the most important to me. After all, no politician is perfect. But the real mark of a president is what he does after he leaves office. For example, both Carter and Clinton were terrible presidents. But they really showed their lack of class after they retired. George W. Bush has been a real class act since he moved out of the White House – until now.

What is a Republican convention without the Bushes? They have been the leaders of the Republican wing of the Republican Party since I can remember. Because of the honor in which most Republicans hold them they could have been a moderating influence on this convention. But Jeb was embarrassed that he performed so poorly in the nominating process and the debates that he made this foolish decision to break his pledge and boycott the convention. And instead of counseling him to act like a man, keep his word, and be part of the solution, his brother and father foolishly joined him in his pout.

In doing so they lost a great deal of the respect that the family has built over decades. And Jeb probably lost any chance of successfully running for president in the future.