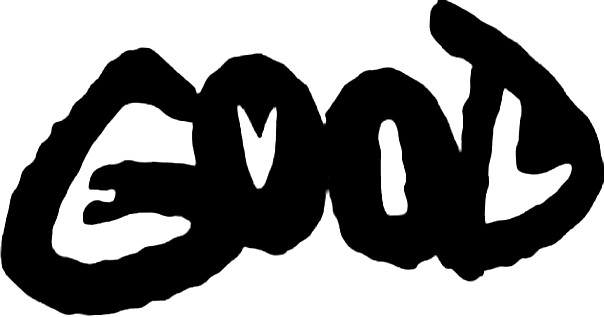 Liberal Democrats are saying they would rather have their daughters be raped and murdered by MS-13 gangs than date a Trump supporter.  Shades of Islam!  This is the same as honor killing, a sickness of Islamic law that gives the father the right to kill his daughter if she has sex with a man he doesn’t like.  Yet one more brick in the wall of the monolith proving that liberal Democrat Socialism is akin to Islamo-Nazi Fascism.  This is proof once again that socialism is not about liberty but about control.  Leftists use their hate to justify their actions in everything from voter fraud to genocide.  This is what happens when atheists believe they can tell Christians what Jesus would do.

Insane Millennials would rather date MS-13 gangs than Trump supporters

The Left believes they hold the moral high ground when the only high ground they hold is the gutter just above the sewers in which their morality wallows.  When conservatives refuse to bow before their false premises and false accusations they resort to extortion and violence.  They lecture conservatives about being civil and then use mockery and profanity against them.  Roseanne was fired from her job for her off-color remark on her own in the private account, while Samantha Bee calls Ivanka Trump “a feckless c***” for posting a lovely picture of herself with her son is going to be awarded a trophy.  Leftists reward hateful behavior because she is demonizing Ivanka to stop her father’s immigration policies.  Except they are NOT Trump’s policies – they are AMERICAN LAW!!!  The picture of children kept in cages on the border that set her off were pics taken under Obama when he initiated those policies.  Once that was found out it was no longer a heinous crime against humanity but the righteous thing to do.  These are the two faces of the Left.

Democrats fight against and violate American law at every turn.  The entire Mueller investigation is proven a fraud when it is revealed that Obama’s agents in the FBI planted a spy in the Trump campaign, now followed up by Clapper claiming they were put there, not to gather evidence to prove Trump was colluding with Russians, but to protect him from Russians.  That may just top Obama’s lie that he’s a Christian American rather than a Moslem socialist as the lie of the century.  This lie is further exposed by the fact that Comey showed Trump the phony dossier Hillary cooked up as an example of potential foreign intelligence threats, while not warning him at the same time of possible Russian infiltrators in his campaign.  The reason he did not is because they were not Russian spies, but Obama’s spies using America’s own intelligence agencies making the Democrat president a hundred times more criminal than Nixon.

It also makes the entire Mueller investigation a fraudulent witch-hunt as they know there are no Russians to be found, only false accusations to make a possible crimes to dig up.  Their false posturing that Trump is trying to obstruct the Mueller investigation by firing Comey and revealing Obama’s spies falls on its face in light of the fact that he is the president and cannot obstruct an investigation in which he is the man at the top in charge!  He could pardon himself and all others in this and be perfectly legal, which he will hopefully do for all those like Gen. Flynn who have been unrighteously charged with erroneous crimes.  Hillary, on the other hand, was not pardoned by Obama and has yet to be held to account for physically destroying her illegal servers while under subpoena to turn them over to the FBI.  All the charges the left uses against Trump, that’s he’s racist, sexist, bigoted, an obstructionist, and a Nazi, all bounce right back into their own faces.  Democrats project evil on Trump as they look in the mirror seeing themselves and believe themselves to be good.

The Ugly Truth of Prejudice and Bigotry

The leftist media spent these past ten years trying to convince Americans that Obama is righteous, caring, super intelligent, transparent, and without scandal.  Yet we see that he is the exact opposite in every respect conducting himself, not as an American, but as a foreign agent assisting America’s enemies.  For those who have their eyes and ears open it is plain that Trump is everything the leftist media falsely claimed Obama to be and that Obama is the epitome of everything they claim Trump to be.  Now it is a matter of hoping that Trump can dig out the entrenched Washington establishment in order to get to the roots of Democrat corruption and the crimes they committed against America, from using American intelligence agencies to spy on Americans, down to kangaroo courts railroading good Republicans, and finishing by ejecting leftist teachers to stop them from indoctrinating our children.  Their false representations of socialism as benevolent rather than the most vile and corrupt of ideologies is why America’s Millennials have become so warped and twisted as to think serving their daughters up to a savage gang of rapist murderers is preferable to dating a Christian conservative.