A Self-Motivated Man Achieves his Goal of Joining the Army 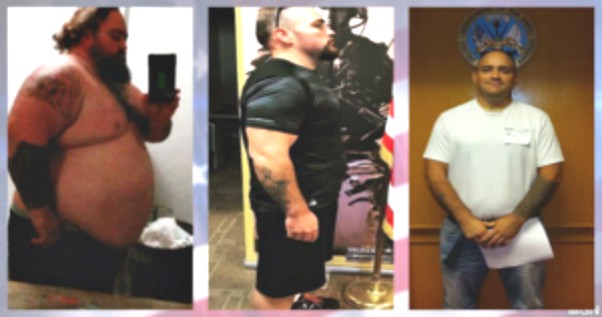 What would you do to achieve a goal? Many have gone to extraordinary lengths to get where they want to go. But for a dream to become realty, motivation is the key. And not just motivation, but self-motivation.

Most understand that being motivated by others in easier by far. This is the reason many do not achieve their goals. Self-motivation is hard. There is no one standing behind you telling you to push through the pain, get up at the crack of dawn, or work another hour or two. It’s all on you.

But if somebody wants something bad enough, very little can stand in they way of that end. A shining example of this is one William Guinn, Jr. of Abilene, Texas. No – his dream wasn’t to cure cancer or become rich and famous. His dream was simply to join the Army.

You might ask – how difficult can that be? People join the military all the time. It can’t be that hard. It’s not, unless you weigh almost 460 lbs., as did Mr. Guinn.

Now, to look at William, you wouldn’t initially mistake him for a self-motivator. For most of his life he wasn’t – and had all but given up on his dream. But last year someone told him he had better lose some weight or suffer future potential health hazards.
“Someone saying that if you don’t lose this weight, you’re gonna die – I was like, I’m done,” Guinn explained.

After he began shedding a little weight, he came to the conclusion that it might also be possible to fulfill his dream. Since he was a boy Guinn had always wanted to join the military – specifically the Army – to honor his Grandparents.

So he joined a gym and began eating better. The couch potato was transforming into a gym-rat – for he knew he didn’t just need to lose weight, but also get into shape to fulfill his military dream.

Working with nutrition specialists and trainers, Guinn hit the gym six days a week, and would sometimes even go for an hour-long run after a two-hour workout.

The Army took notice of what William was attempting. Still, an Army rep said that several times he heard up and down the chain of command that, “this guy is never going to make it.” But he added that Guinn looked him square in the eye and said, “I’m gonna do this.”

After witnessing Guinn’s accomplishment first hand, the rep added how far he thought William could go. “I don’t think there is a limit. Whatever he wants to accomplish, he is going to be able to.”

William Guinn Jr. was officially sworn in to the Army during a ceremony that took place in Dallas last Thursday.

He posted a before and after picture on Facebook. The caption read: “It can be done, and yes for those that didn’t know, I was trying to go into the military and (it) will be a great start for my career. And I will push myself harder than ever before.”

Thank for your service William Guinn. A more honorable goal could not have been achieved. “Look Sharp – Be Sharp!”