Secularism: The Only Religion Celebrated in Hillary’s America 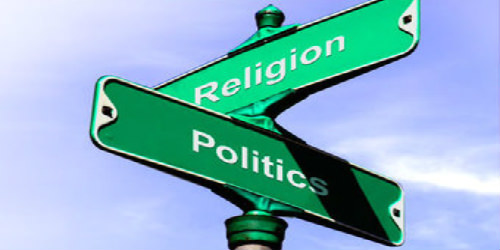 Donald Trump is prone to make outrageous promises that any reasonably savvy person knows can’t happen. One of those, at least early on in his run for the White House, was his promise to ban all Muslim travel to the United States. After paying a huge and deserved price in the media for such a comment, he’s rolled it back to promising an entirely reasonable “extreme vetting” of anyone (and they would almost all be Muslims) who come to the United States from regions or so-called nations where radical Islamic terror is widespread. Along the way he’s been accused of anti-Muslim bigotry to which he’s replied that his concerns have nothing to do with Islam per se but everything to do with keeping America safe.

Today came the latest Wikileak email tranche. I’ll leave what ought to be an enormous scandal regarding Democrat Party Chairperson Donna Brazile admitting in leaked emails that she “sometimes” gets political debate questions in-advance. Instead, I choose to focus on an email conversation in which arose the topic of Roman Catholic Rupert Murdock having had his children baptized in the Jordan River — where Jesus was baptized. Email conversationalists in this case were John Podesta, (Hillary Clinton’s campaign chair), Jennifer Palmieri (campaign communications boss) and John Halpin, a fellow at the leftist Center for American Progress. Palmieri made the point, celebrated by Halpin, that Murdock and others are Catholics only because being an evangelical Christian would embarrass Murdock and WSJ Managing Editor Robert Thompson in front of their “rich friends”. Halpin opined that conservative Catholicism amounts to a “…bastardization of the faith. They (Murdock and Thompson) must be attracted to the systematic thought and severely backwards gender relations and must be totally unaware of Christian democracy.”

I’m not sure what Halpin’s “Christian democracy” is; perhaps it has something to do with Che Guevara and/or Barack Obama’s anti-American, revolution-theologist and former pastor Jeremiah Wright back in Chicago.

But what the rest of Halpin’s comments mean is clear as a bell. Clinton’s top advisors, at a minimum, loathe evangelicals and observant Catholics. I suspect that evangelical Christians already know that Hillary Clinton and most of the Democrat Party hate them. But it’s time that America’s Catholics wake up to the fact that they too are also scorned behind their backs by Democratic Party leaders. American Jews also need to pay close attention to such bias – as do the many registered Democrats (as well as religious blacks and Latinos) who are under the illusion that Democrat party leaders support traditional religions. Indeed the atheistic religion of secularism is all that’s acceptable to the Clintonistas.  Bottom line is that those who believe otherwise are rubes in their eyes – valuable only for their votes.