The Secretary of Defense is Destroying the U.S. Military 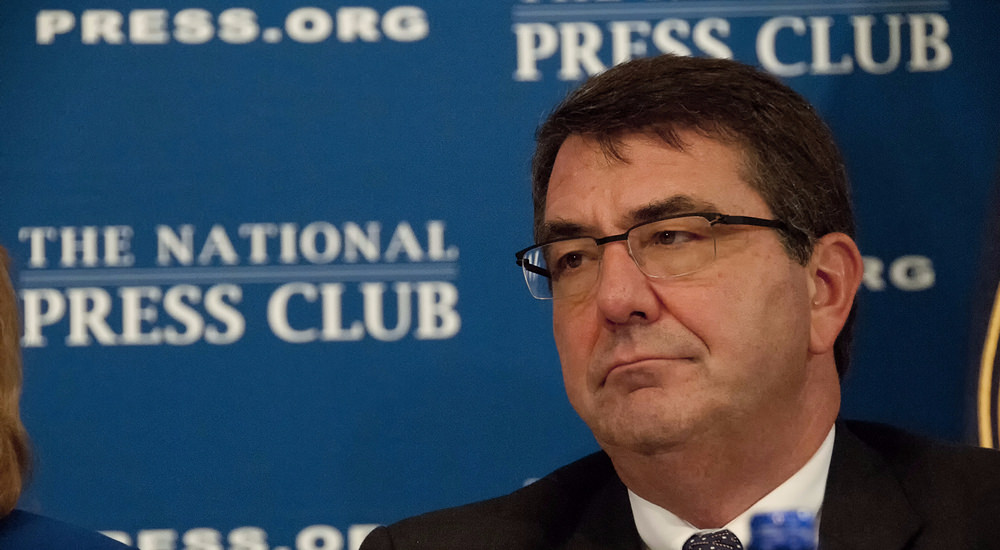 Secretary of Defense Ash Carter Carter is allowing politics to destroy the main purpose of the military which is to train and maintain their combat readiness for war.

Carter has issued instructions to all military branches that transgender people may now join the military and serve openly as to what gender they identify with and those currently serving may disclose themselves without any repercussions, or problems.  This paper is to bring to light that women, who identify as men, are looking to do a man’s job in the military.

The transgendered women who desire to become an artilleryman will face strength challenges.  It is not so much as opening a powder canister, or screwing on a fuze, it is the lifting of the round itself (97.7 lbs, 155mm).  Also, setting the weapon up for “action”, takes a lot of physical effort from swinging a sledge hammer, to a lot of pushing and pulling.

The infantry is quite different.  These people go on patrols, engage the enemy and they do this with an 80 pound rucksack on their back.  The infantryman’s upper body must be in top form.  They must also be able to carry their wounded to safety.  This means carrying the weight they have and the wounded soldier’s weight and equipment.  Women who transgender to men, can they fulfill these tasks which are primarily designed for men?

Secretary Ash Carter has said the military will pay for the sex re-assignments. Exactly, how does this fit into the roles of the military?  It has no defense purposes and it hinders the purpose of being combat ready. Secretary Carter among other politicians are pandering and costing the taxpayers frivolous amounts of money by pandering to special interest groups.  The statement of frivolous amount of money is really not frivolous at all.  These surgeries are in excess of thirty to forty thousand dollars.  Also, to find the cadaver is an expensive process in itself.

Secretary Carter does not understand the term, “lost time”.  If a woman is re-assigned to be a man and if they are a member of the combat forces of the military, it may take them a year or better to return to normal duty status.  This results in lost time.  The taxpayer is still paying the person for a job they cannot do and it results in extending their enlistment to have the person do the work that needed to be done in the first place.  Since Secretary Carter has allowed this, our armed forces will experience more lost time than ever before.

Due to the physical nature of the Army and the Marines, the ground combat forces will lose an insurmountable number of people to the Air Force and the Navy.  While these two services have their own special combat operations, these two services are more technical within their job structures and do not rely as much with boots on the ground.

The Army and the Marines constantly rely on the physical aspects of getting the job done.  Women who transgender to men every element of standards must be reduced to accommodate these transgenders.  We must remember the women who participated in the Marine Combat Officers program.  They were cut because they failed the requirements of the course.  In the end, the combat arms element of the Army and the Marines will suffer great loses.  The standards will be so far degraded a 5-year old will pass the requirements necessary to become an artilleryman, or an infantryman.

Men who transgender to women is not a primary concern of this paper because of the nature of the military; any job in the military can be done by a man.

Any job in any branch of the armed services that requires the physical element of their job and each service will face a myriad of lost time when a transgender undergoes sex re-assignment.  Besides the cost of doing the re-assignment, it will cost the taxpayer in lost time wages because the healing process of this surgery may take up to two years for a full recovery and depending on the pay grade of the individual, the taxpayer can expect to pay out around $50,000 a year, or more in lost time wages, then expect to pay that much after the individual returns to full duty status.  Because of the stupidity of Secretary Ash Carter, he has cost the American taxpayer more money that is required to support the military personnel in the performance of their duties.

Caitlyn/Bruce Jenner maybe the poster child for trans-genderism, but this is an apples/oranges conversation.  Jenner’s situation is that of a civilian.  No military service member can be equated to Jenner’s position, or vise-versa.  Every person in the military must maintain the fitness for duty and what Secretary Carter has done is allowing this to destroy the main purpose of the military which is to train and maintain their combat readiness for war.

We must also look at the possible disability status if something like this goes wrong.  If a person becomes injured in some way during the course of their service to the country, on a normal basis, a disability claim can be made.  If, one of these re-assignment surgeries goes wrong and it fails, the taxpayer will be on the hook for disability compensation.  We as taxpayers must look at this as an elective surgery, not as a necessity.  Look at this surgery as an elective it will have the propensity of releasing the taxpayer from all liabilities that are incurred from this surgery.