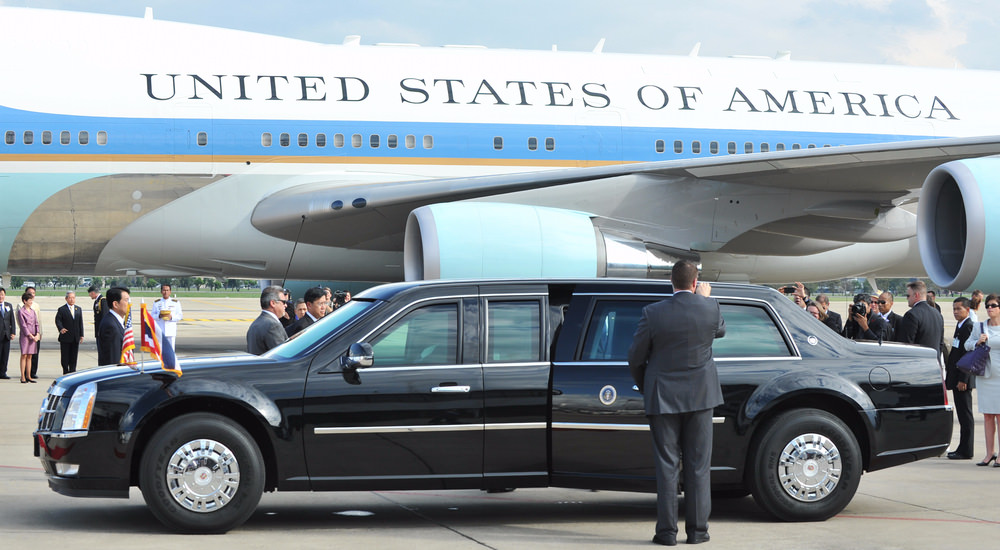 Like the rest of the fetid federal government, the once elite Secret Service has been downgraded to a joke as officers lied about a crash with the vice president’s motorcade that they tried to cover up.

VP Kamala Harris’s motorcade (with the Veep inside it) was involved in a one-car crash on a closed roadway in Washington, D.C., and the Secret Service initially misreported the accident as a “mechanical failure,” according to the Washington Examiner.

The crack up occurred on Monday, but no one — including Harris — was injured.

The SUV carrying Harris hit a curb of a tunnel with such force that the tire had to be replaced. The vice president was moved to another vehicle in the motorcade to reach the White House.

The inaccuracy of the initial report of the accident, an electronic alert to leadership attributing it to a “mechanical failure” rather than the Secret Service agent driving the SUV hitting a curb, caused Secret Service Director Kim Cheatle, who has been on the job for about a month, to be disturbed but was relieved after receiving a fuller account later in the day, a source told the news outlet.

“During a protective movement Monday, a vehicle in a motorcade had a minor overcorrection and struck a curb,” Secret Service spokesman Anthony Guglielmi told the Washington Post. “The protectee was transferred to a secondary vehicle, and the motorcade continued to its destination. There were no injuries to anyone.”

But the fact that the Secret Service initially lied about the whole thing and tried to cover it up makes the once elite service look like fools.

Once again, we see a former top-notch agency turned into garbage by Democrats.

It wouldn’t surprise me if all Harris’ Secret Service detail is gay and trans.