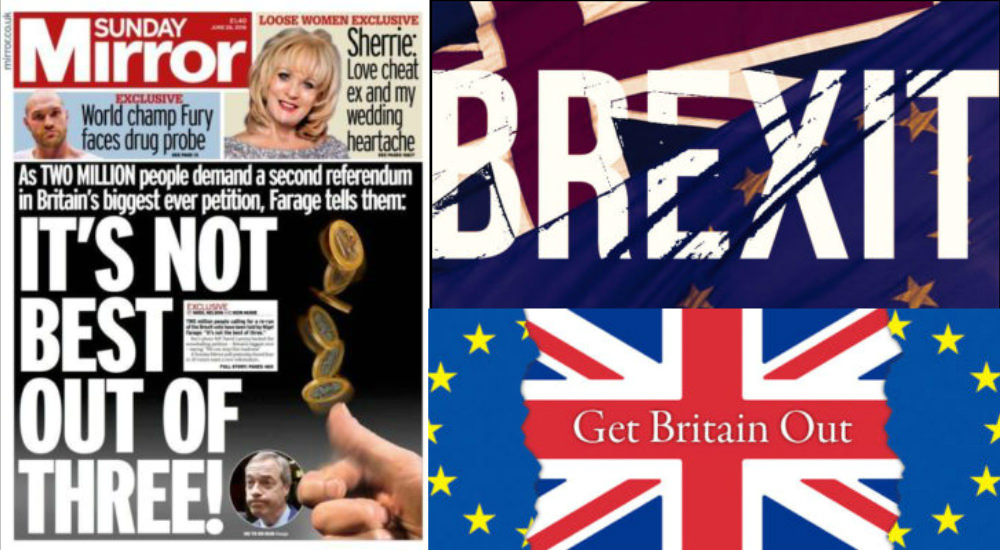 When I first heard that British Prime Minister Theresa May had scheduled general elections three years early, I was not happy. This was widely reported as a second referendum on the “Brexit” vote (the national referendum that decided that Britain would exit the European Union). Why take a chance that the decision, which had already been made following much turmoil, might be overturned?

Even though Obama stuck his nose in British politics and tried to convince the United Kingdom to stay in the EU, the vote was close. And the UK, like the US and the EU, is made up of separate sovereign states: England, Northern Ireland, Scotland and Wales. Although the overall vote was in favor of the Brexit, the majority in two of those states – Scotland and Northern Ireland – voted against leaving the European Union.

By and large, Americans are not strong in the areas of geography and international politics, so a short tutorial is in order for some. When most Americans think of the UK or Great Britain they think of England. Just as Russia was the dominant nation in the USSR, England has always dominated modern Great Britain. But tiny Wales, which most people have never heard of, was actually the first nation to join England to form the beginnings of modern Great Britain.

Then we have Scotland, which has always had a love-hate relationship with England (and Great Britain in general). Most of us, if we think of Scotland at all, think of men wearing skirts (kilts); bagpipes; and golf (apparently Scotland invented golf, in much the same way as Al Gore invented the Internet). But those familiar with British history know that Scotland has attempted several times to divorce itself from the United Kingdom, including the 2014 referendum in which almost 45% voted to leave. A new referendum is being discussed now, even as the UK prepares to leave the EU. It is possible – though not likely – that Scotland could leave the UK before the UK completes the long process of leaving the EU. If that happened, Scotland would have to apply to join the EU on its own. But I imagine that approval would be a slam-dunk since the EU would still be smarting from the humiliation of the UK departing.

And of course, we have Northern Ireland. It’s surprising how many people think that Northern Ireland (and Scotland) are separate countries from England/Great Britain. Of course, they were – and in a very real sense, still are. Just as the United States began as a union of thirteen sovereign nations, what we know as the modern United Kingdom is a union of four sovereign nation-states.

Ireland itself has a messy history. What was once a unified nation has been divided into Ireland (officially The Republic of Eire), an independent nation which has no connection to the UK; and Northern Ireland, one of the four nations which comprise the United Kingdom. The breakup of this nation is considered by some to have been a result of religious differences. And there is some justification for that view. 95% of Eire is Catholic and 60% of Northern Ireland is Protestant.

But if you study the conflict, you will find that the arguments were not over religious doctrine at all. They were over politics, and particularly over the issue of English rule over Ireland. In fact, the first major uprising against English oppression was in the 18th century. It was led by The United Irishmen, which was made up of both Catholics and Protestants.

I have deliberately referred several times to the “modern” United Kingdom. Going back further in time, we see that what we know today as Britain was at different times dominated by France, Germany, and the Vikings (Sweden and Denmark). Many different alliances were formed and dissolved over the centuries before the modern United Kingdom came into being.

So when we view Great Britain today from the outside, we have to realize that all is not as it seems. Underlying what we may view as the prim and proper stiff-upper-lip “nation” of Great Britain is actually a messy stew of long-standing grudges, competing interests, and conflicting goals – much like the European “Union” today. Great Britain has always been held together by a combination of economic pressure, deal-making, and coercion – just like the EU.

Which brings us back to today and the upcoming general election. It is – and isn’t – a second referendum on the Brexit. The UK political system is much different from ours. We have “general” elections every four years, in which we say that the “government” – meaning the president – changes. When a new president is elected, he changes a lot of the Washington players. But these are appointed cabinet members, staff, and bureaucrats. The “government”, by and large, does not change. Only one-third of the senators are up for election in the generals, and few actually change. And, although all Representatives are up for election, normally only a small number of them change.

But when the UK holds a general election, they do it big. The entire apple cart can be upset. And, while they have scheduled elections, the Prime Minister – as head of government – can “call” early elections whenever he or she sees that a political advantage can be had by doing so. In this case, PM May has advanced the date of the general elections by three years to June 8, 2017.

The new election could conceivably result in a larger percentage of legislators opposed to the Brexit being elected. This could impede Theresa Mays efforts to negotiate a friendly exit (called a “soft Brexit”) that would be beneficial to all concerned. Think of how the Democrats are opposing and obstructing absolutely everything President Trump proposes – even proposals they have supported in the past. A majority of British lawmakers who oppose the Brexit could hamper Britain’s ability to get a fair exit deal and could harm the British economy.

They could even call for a new referendum on the Brexit. Former Prime Minister Tony Blair was a liberal politician, but he seemed nonetheless to be a sensible man who worked well with President George Bush in the War on Terror. Now he has become a fanatical opponent of the Brexit, perhaps in an effort to feel relevant again. He is spearheading the move to try to get the UK to change its collective mind. If he is successful, he could cause irreparable harm to the United Kingdom’s credibility in the world, as well as great harm to its economy.

Thus, in a sense, these general elections are a second referendum on the Brexit. May’s gamble may go against her. The Socialist forces that want to keep the UK under the thumb of the European Union could overturn the will of the people as expressed in the Brexit vote. Instead of regaining control of its laws, its currency and its borders, the United Kingdom could remain subject to the will of the politicians in Brussels.

So why is PM May taking this chance? Because she doesn’t believe the doomsday scenario I have described will occur. Currently, she has a majority government, but she believes that the opposition will prevent her from negotiating a favorable exit with the EU. In the US the Democrats have proven that they will do anything to hurt President Trump, even if they know it will hurt the country. In the UK the Labour Party (similar to our Democrats) are doing everything to sabotage Brexit, even though they know that their opposition could result in damaging trade negotiations and result in the UK owing Billions of Euros to the European Union.

May’s Conservative Party is ahead 20% in the polls over the Socialist-leaning Labour Party. She believes that in the special election her party will gain more seats, making it easier for her to fulfill the mandate the people gave the government when they voted “Yes!” to Brexit.

Another issue is timing. By moving the election to June, the next mandatory election becomes 2022. If the Kingdom had stuck to the next scheduled election in 2020, the negotiations with the EU “would reach their most difficult and sensitive stage just as an election was looming on the horizon,” according to May. She believes the Conservative Party needed a clear, strong mandate. May continued, “Five years of strong and stable leadership, to see us through the negotiations.”

Let’s hope she’s right. Leaving the European Union is the only way the United Kingdom will ever regain control over its own destiny.