You Say You Want a Revolution? Trump Will Bring One 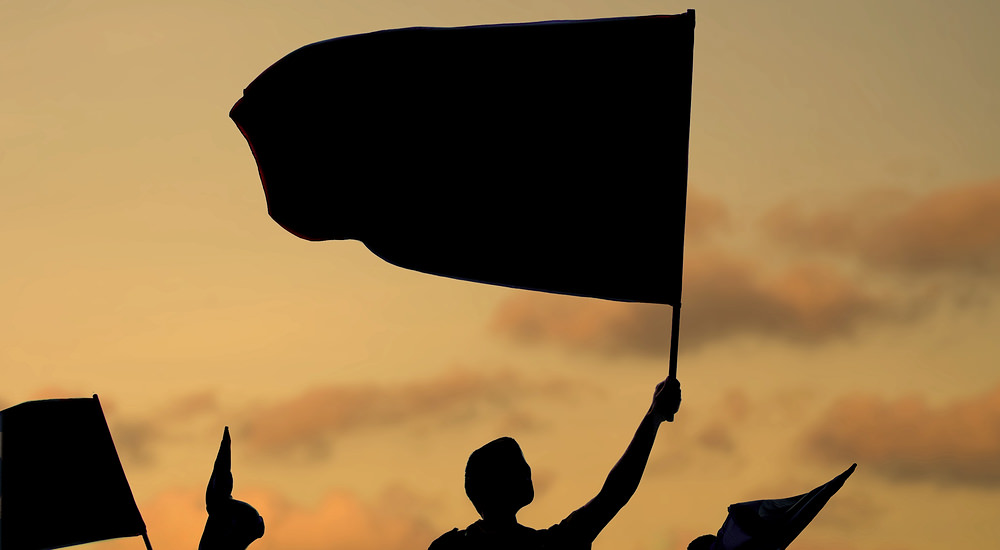 Nothing happens in a vacuum. Everything, including the coup attempt in Turkey, happens for a reason. Most people see only disparate occurrences that happen without connections of any kind. That is simply because we cannot see into the future.

Donald Trump is going to “luck” his way into the Oval Office. The same way he “lucked” into Cleveland and the GOP nomination. Only a few believed Trump was going to succeed when he announced last year. Almost everyone laughed into their handkerchiefs. Now, the same people are gnawing their knuckles, wondering, “How is this even possible?”

The short answer is the bludgeoning of Political Correctness and the quick retreat of the Left. Beware the stampede.

The Iowa “Human Rights” Commission will be one of the first PC Nazis defanged. They insist they have the right to approve or veto a minister’s sermons. They have the right to determine what is and what isn’t “religious”. They will find out this isn’t Canada, but the United States of America.

Everywhere, from sea to shining sea, people are going to regain their confidence about being Americans – and all that being American means. Free speech, press, religion, gun rights, the fourth, fifth, and tenth amendments.

People so emboldened by a Trump victory are going to push back at every example of PC Fascism, anywhere it rears its ugly head. And, I say this with the utmost sincerity, the fascists are going to scurry for cover the way cockroaches do when the light’s turned on.

After four long (to them) years, the entire political system will be re-transformed. If Trump plays his cards right (and he builds casinos, we’re reminded again and again), the Democrat Party as currently constituted will cease being a national party and become a rump party for those shrinking blue areas on both coasts.

Americans will put common sense conservatives on school boards, curricula will change back to the days before Common Core, American history will be taught again in all public schools or federal funds will be cut off. As Chief Executive, Trump has the power to EO the matter, and Congress will be hard-pressed to stop him.

College administrations will grow a spine, finally, and take back control from the pampered, sissified students now dictating everything. People will be fired, students expelled, and before you know it, it’s 1958 again.

Of course, the PC Nutters want you to believe you can’t turn back the clock. Sure you can. Get rid of the Progressives, eject them from positions of power, fire them, evict them, and you’ll be amazed by how fast everything changes.

That’s why they call it a revolution.

The courts review and interpret laws passed by Congress. If the courts strike down a federal law as unconstitutional, or interpret it in a way different from what Congress intended, Congress may come up with a different version of the law.

Through the confirmation process, the Senate decides which of the President’s judicial nominees will become federal judges.

Congress can impeach federal judges and remove them from office.

Congress sets the budget for the courts. Every year, representatives of the courts testify about how much money is needed for different kinds of court operations, salaries, and other expenses, and Congress decides how much to allocate for the next fiscal year.

Congress also has the power to restrict or prohibit judicial review of any legislation they pass. Term Limits is a good example. If Congress was seriously interested in limiting the terms members may serve in those bodies, they could have included language to forbid the courts from ruling on its constitutionality.

They didn’t. Instead, when the court struck it down, they said, “We tried, but the courts wouldn’t let us.”

We won’t get fooled again.

Everything is about to change. People may find in the next few years, with new school board members, that children may participate if they choose in Bible reading and corporate prayer. It will be left up to individual districts – as it should be – and the courts will have no say in the matter.

The time has come to stop bickering about Trump. His presidency is a fait accompli.

The time has come, instead, to start thinking about making American great again. It will take hard work and determination to stand up to the Rosie O’Donnells and Whoopie Goldbergs, and all the other liberals that will scream bloody murder.

But, it’s time to take America back. Do it for the children. Do it because it’s right.

According to Robert Jeffress of the FBC of Dallas, an estimated 30 million evangelical voters stayed home in 2012. Don’t make the same mistake this year. Don’t back down, don’t take no for an answer. And while I’m on the subject, don’t only vote for Trump, but vote for every Republican on the ballot all the way down to city councilman. Yes, I know a lot of Republicans are RINOs, but in subsequent elections, we can remove and replace them with common sense conservatives.

After all, why do you think they call it revolution?