Sadiq Khan – or is it Ghengis? 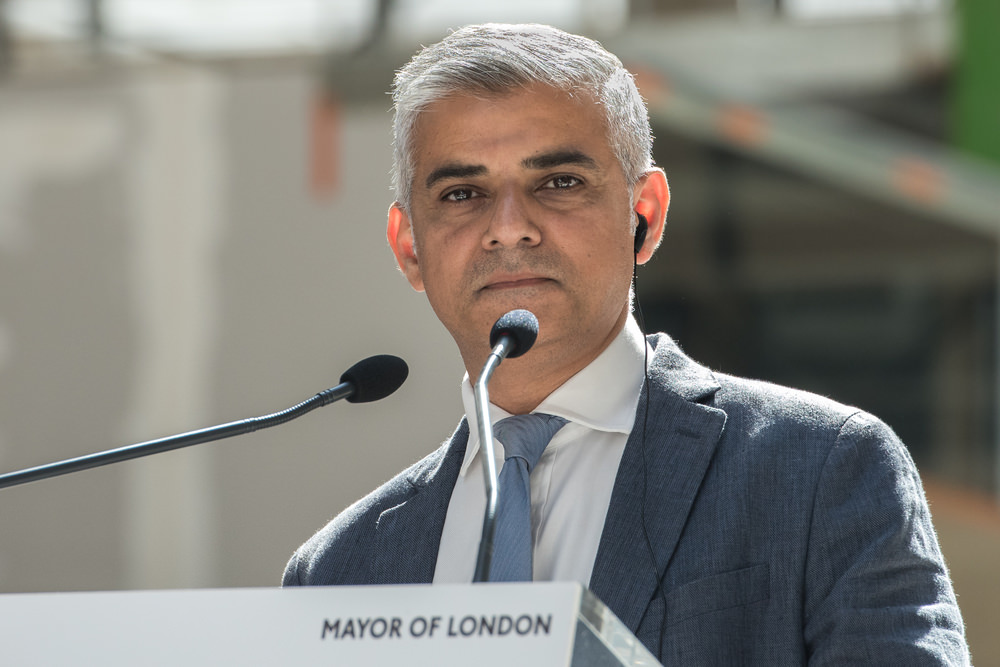 Sadiq Khan is showing his true colors to the USA as he tells them his vision of rule, but Islam watchers knew what the new Mayor of London was all about before he was elected. He stood for cultural jihad. And he is wasting no time in establishing Islamic supremacy by subtle, and not so subtle, changes. As his rule is over some London sub-areas ruled by Islamic sharia and no-go thuggery, we should not be surprised.

For many years, Islam has attempted to get approval to build a mega-mosque in London. It is probable that with an Islamic mayor, it will finally get approval. This would be a big deal, for when Muslims build a mosque they declare the area to be under the rule of Allah, and is made subject to him. The building of a meg-mosque, funded by Saudi money, would declare the whole of Britain to be under sharia and Allah. That is why it is being fought tooth and nail by Christian groups.

Sadiq Khan is connected to the Nation of Islam, so his intentions can be questioned quite legitimately. Especially when he says that no Muslim should assimilate with his or her host country. His argument is not very subtle, and is the kind of rhetoric I have come to expect from Muslims in power. He rejects the idea that Muslims should give up their ‘culture’. Which is why some areas in Britain now resemble Saudi Arabia rather than quaint old England! Indeed, one feels unsafe walking in some towns, which only show black and brown faces, and where white people are not welcome. These places even tell white folks to get out of England if they don’t like it!

Walking around dressed in flowing white robes, or women closeted in black bin bags, is not just ‘cultural’ – it is a statement of intention, that Islam is taking over. The same people don’t want to learn English, force schools to employ Arabic speakers, which slows down the progress of white kids, and demand interpreters in every part of life. In their own countries, white people would have to sink or swim, with no such consideration. What Khan is talking about is Islamic supremacy. If Muslims want to walk around in bed sheets in a country famed for its bad and changeable weather, that is up to them. But, when ‘culture’ is used as an excuse for Islamic rapes, violence and murder, plus the intimidation of localities to become Islam or to obey its sharia laws, Khan is dead wrong. And it is attitudes like his that will foster civil unrest.

Christians have a good reason not to adopt all western values, especially those that are sexually repulsive, like homosexuality and its many children (transgender etc), oppressive, and hateful towards Christianity. Christians don’t want to copy sexual promiscuity, foul language, alcohol abuse, and so on. But, unlike Khan and his fellow Islamists, Christian’s don’t then go out and riot or kill because these activities carry on and don’t listen to biblical reasons. Even so, society is being taught to hate Christian quiet and peacefulness, and to encourage riotous, hateful, murderous Islam! So, electing an Islamist to power is foolhardy in the extreme.

Khan is in favor of male Muslim regressive attitudes – forcing their women to wear bin bags, and to walk several paces behind them. I have also watched helpless as poor women are forced to carry many shopping bags and pushing prams while the man swans around freely. I have watched the men wear western clothing while their women bake in their black ovens. I have watched as men swear at and buffet their women. This is to be the new norm if we allow Islam to rule.

“The United Kingdom, and especially areas of East London which overwhelmingly voted for Mr. Khan, is currently suffering from Muslim ghettoisation, horrific employment rates for Muslim women, an internal debate surrounding the banning of the burka and ongoing issues such as female genital mutilation, anti-Semitism… within Muslim communities. Under Mr Khan’s plans, none of these ‘cultures and traditions’ would need to be dropped for Muslim migrants in Western countries.” (Breitbart).

In other words, Khan represents oppression and regression in a country that has advanced by many centuries beyond Islamic statism. That is why he endorsed Clinton for president; Clinton the Islamic friend and denier of law.

Khan is the face of the USA if Obama continues to bring in Islamists. It is his aim to change the USA to a third world ghetto and Islamic state, in which white people (and other non-Muslims) will be second-rate citizens paying taxes to Islam and watching their status become worse and worse until they are totally enslaved to Islam.

The writing is on the wall – but who in the world will read it and understand? BEFORE it is too late.