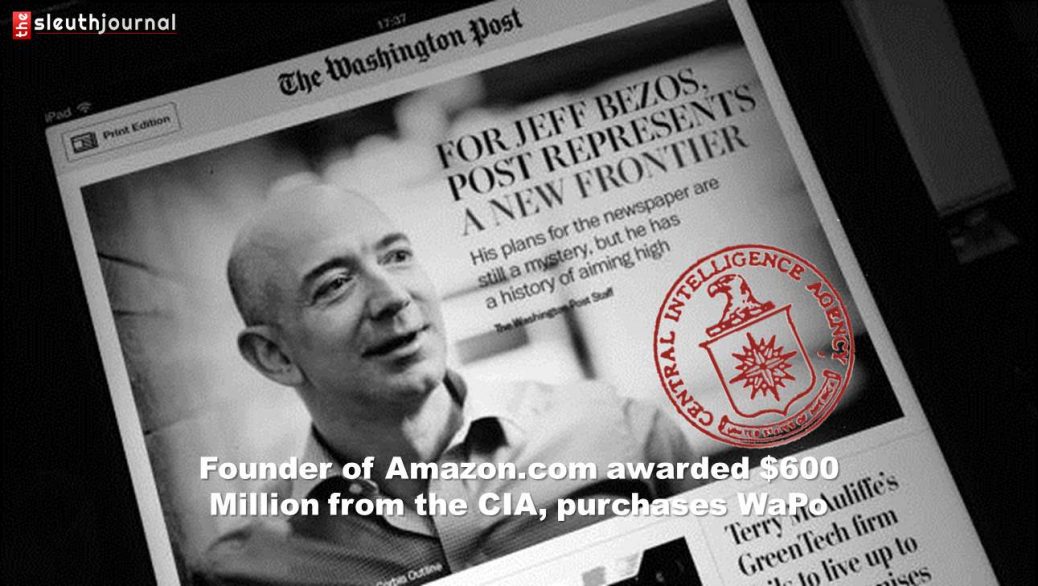 Before you read one sentence of alarmist “the Russians did it” from your liberal rag of choice in the mainstream media this morning, may I briefly remind you: The CIA has a $600M deal with the Washington Post. Period. Full stop. Pause and think about the implications of that sentence for a moment.

As was discovered (and subsequently buried by the mainstream media) during the summer of 2014, the Washington Post ceased being a news organization when it took $600 million from the CIA and became it’s official/unofficial mouthpiece. As described at the time by the anything-but-conservative Huffington Post:

“The Post is supposed to expose CIA secrets. But Amazon is under contract to keep them. The Post a new $600 million “cloud” computing deal with the CIA.

The situation is unprecedented. But in an email exchange early this month, Washington Post executive editor Martin Baron told me that the newspaper doesn’t need to routinely inform readers of the CIA-Amazon-Bezos ties when reporting on the CIA. He wrote that such in-story acknowledgment would be “far outside the norm of disclosures about potential conflicts of interest at media organizations.”

The liberal mouthpiece continued with it’s, in this case correct, analysis of the clear conflict of interest between the CIA and a “news” organization which clearly clouds any reporting it may do related to the CIA…you know, stories like “the Russians did it” which was only reported by the Washington Post and cites “anonymous sources”.

“The Washington Post ‘s refusal to provide readers with minimal disclosure in coverage of the CIA is important on its own. But it’s also a marker for an ominous pattern — combining denial with accommodation to raw financial and governmental power — a synergy of media leverage, corporate digital muscle and secretive agencies implementing policies of mass surveillance, covert action and ongoing warfare.”

Folks, freedom-loving Americans love the brave ladies and gentleman at the CIA. Rightful skepticism at the “reporting” of the Washington Post has nothing to do with the competence and patriotism of the CIA and it’s brave agents. However, when a story is clearly and obviously planted in the news cycle by the mouthpiece of the CIA, a story which has no proof, no logic, is denied by the FBI, and simply doesn’t pass the smell test, let’s call a spade a spade: the “Russians did it” is liberal, planted fake news at it’s finest.