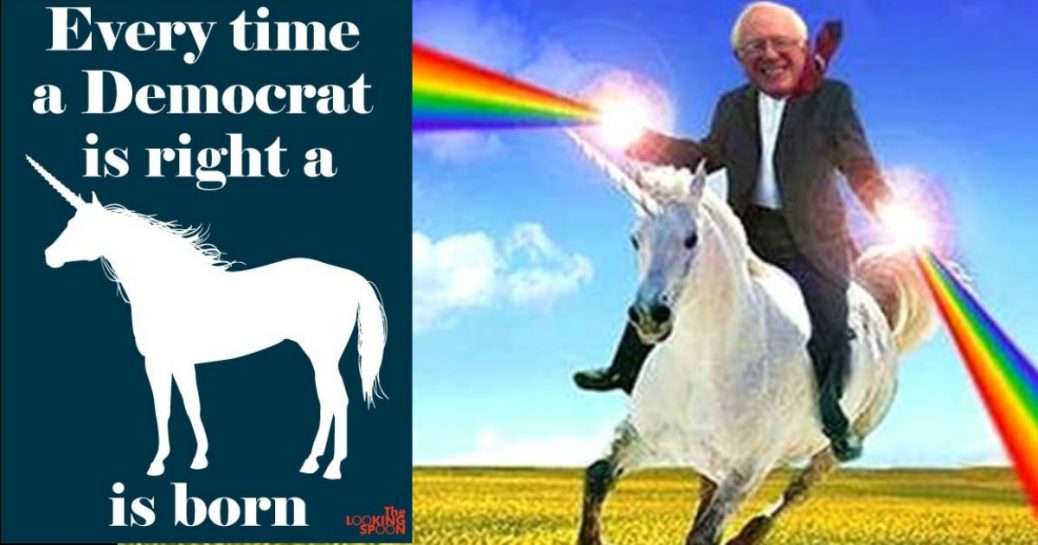 Myth upon myth comprises the Democrat Party platform that lacks a single policy by which they would improve the lives of Americans, but offer loads of benefits to illegals and Moslems.  Instead they focus all of their efforts to make the Trump presidency illegitimate by one means or another.  Their claims of Russian collusion, Trump insanity, and global warming are as vacuous as belief in the Moon being made of cheese.

Of course the 1st Lady of Poland goes to Melania first.  Melania Trump is the best 1st Lady America has ever had as well as the most beautiful!  She is the epitome of the goodwill ambassador to foreign nations.  In response to Trump’s criticism of CNN and the leftist media for creating fake news Democrats responded, “No other president in our lifetime would say such a thing.”  Yeah, right.  His name is Barack Hussein Obama and he did it every freaking week talking about FOX, Rush, and the TEA Party!  Obama, who wanted to fundamentally transform America into a socialist banana republic, and after failing to do so is in Indonesia and for America’s Independence Day, tweeted – nothing, displaying his complete disdain for America.  What living president in the history of the nation didn’t have something great to say about this great nation on its national holiday?  No, Obama was the president who went to foreign lands, and not just to smear the righteous media, but to slander patriotic Americans!  Meanwhile, President Donald J. Trump speaks out against the dark forces of the world declaring that western civilization must unite to defend against them, that the West has brought the greatest civilization to the world and its freedom must prevail, and they call him dark and divisive and think the nation will believe them.  Boneheads!

The West will prevail!

The Democrat mantra is that Trump is a phony, illegitimate president, he is dark, divisive, and bigoted, and now they say that Trump is a narcissistic megalomaniac.  These childish efforts to paint Trump the color they want rather than portray reality is why the leftwing media has earned the moniker – Fake News.  The MSM has exposed themselves as the propaganda arm of the Democrats in their efforts to smear Trump and laud Obama.  Compared to their messiah Obama, Donald Trump is practically a demi-god.  He is a man of great accomplishment who built a billionaire financial empire.  Compare that to Obama who is a man of no more accomplishment than Adolf Hitler who rabble roused and won a popularity contest by duping fools.  Obama’s Army of rioters, obstructionists, and propagandists is all he has and that is what the righteous patriots of America need to concentrate on eliminating.  Investigation and prosecution of voter fraud, inciting riots, and corrupting the news with libel and slander is necessary to bring down the leftist revolution.

The greatest joke of all is that Democrats actually have advice for Trump on how to avoid impeachment and on how Republicans can win elections.  How do the losers believe they will give the winners tips on winning?  Especially Trump who just gave Republicans a master class in how to win against leftists!  Since when do Democrats give Republicans advice to help them?  There is a saying;

“Never interfere with your enemy when he is making a mistake.”

“If what Trump is doing is hurting himself why would the Democrats tell him to stop?”

On The Five on Fox their liberal guest host, Richard Fowler who always speaks the Democrat lies, actually spoke the truth, but as always it is partial truth used to blame Republicans and exonerate Democrats:

“When we arm rebels in the Middle East they always end up using those weapons against us a couple of years later.”

We have known this for decades.  If the Left understood this then why did Obama arm them and help them overthrow their governments?  The answer is that the leftist leaders know they are lying and deceiving the people.  Remember that study they said that they proved that conservatives are the anti-social psychotics and liberals are sane?  Turns out that the leftists who published it deliberately reversed the results – as if they could fool us.  The only ones fooled were the liberals who wanted to be fooled.  Their rioting in the streets following fascist ideology as if it were righteous is proof that they are the violent sociopaths.  What advice should Trump take from Democrats?  Do the opposite of whatever they suggest.  Don’t be like Bush 41 and fall into any of their traps.  Just continue to defeat them!