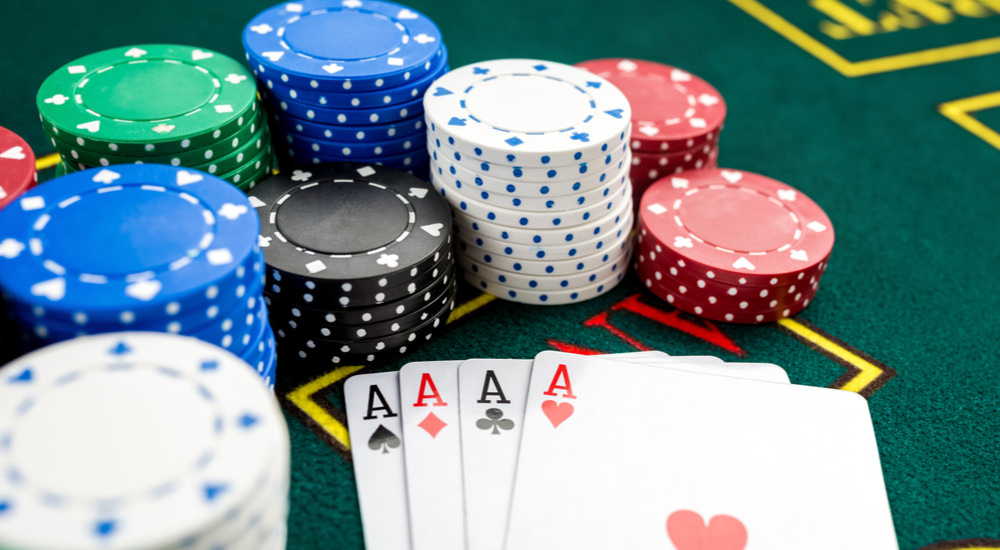 Remember that saying “don’t play a player?” There are gamblers, and then there are hustlers. The mainstream media thinks that they in charge. They believe that they are the house and will always win. The recent exchange on Fox News Sunday between Chris Wallace and Jay Sekulow demonstrate the way that they are playing this game.

But the establishment is playing a hustler in Donald Trump. We may be witnessing The Sting.

We are slowly learning that there is a difference between being the target of a criminal investigation and under the cloud of the amorphous blog of a groping FBI intelligence investigation. English is a difficult language to acquire at an older age. However, we expect that a seasoned Sunday morning news program can be anchored by a competent host. But, Chris Wallace is either getting senile, his ignorance is being displayed or he is showing the establishment cards in this twisted attack on Fox News Sunday.

WALLACE: The investigation into possible links between Russia and Trump associates and whether the president has tried to shut down that probe took some dramatic new turns this week.

Joining me now is Jay Sekulow, a member of the president’s legal team.

Jay, I want to start with the president’s tweet Friday that I discussed with Democratic Senator Amy Klobuchar. Here it is again: I am being investigated for firing the FBI director by the man who told me to fire the FBI director. Witch hunt.

Has the special counsel, Robert Mueller, formally notified the president that he is under investigation?

Sekulow explained that Trump’s tweet was in response to a fake news story. When you address a lie, your reply can make it sound like the truth. This is a result of the fact that you must use the language of the lie to dispel it. For example, if a co-worker accused you of embezzling money you must say “I did not embezzle money” to argue that you did not do so. While you can say “I did not take money” to be clear you need to use certain words to accurately describe what you did not do.

You’ve got to know when to hold ’em

Know when to fold ’em

Know when to walk away

And know when to run

WALLACE: Well, but you don’t know that he isn’t under investigation now, do you?

SEKULOW: Well, no one’s notified us that he is. So I — I can’t read people’s minds, but I can tell you this, we have not been notified that there’s an investigation to the president of the United States. So that — nothing has changed in that regard since James Comey’s testimony.

Wallace seems to think that even though Comey testified that he had told Trump what Trump previously tweeted he was told, maybe just maybe things have changed. What, with the new Special Counsel/Special Prosecutor Robert Mueller, maybe Trump has become the target of some investigation, somewhere over the rainbow.

WALLACE: I — I want to go after another part of this tweet. Why is he going after Deputy Attorney General Rod Rosenstein? First of all, he seems to imply that Rosenstein is investigating, and that’s not true. It Mueller. And, secondly, he made it clear in an interview with NBC that — that he decided to fire Comey well before he ever met with Rod Rosenstein. Take a look.

Wallace can’t formulate his question. Trump’s tweet is clear when he points out the conflict between Rosenstein’s appointment of a Special Counsel who then investigates Trump for doing what Rosenstein’s recommended, firing James Comey. This strikes at the heart of the notion of obstruction of justice when the entire justice departments reporting structure was properly adhered to in making accurate judgements about personnel. Not to mention the fact that Rosenstein, Comey, and Mueller worked closely together in the past therefore this chain of command is compromised.

It is entirely possible that Trump decided to fire Comey and that decision was confirmed by Rosenstein’s recommendation. This seems plausible. Either Wallace and the other members of the establishment cannot figure this out, therefore they are stupid. Or, they are willfully blind and are intentionally distorting this situation to conduct a political assassination of Donald Trump. Is there a third option to split the horns of this self-created dilemma.

WALLACE: I want to ask you a direct question, does the president think that Rod Rosenstein has done anything wrong?

SEKULOW: The president has never said anything about Rod Rosenstein doing anything wrong. Here’s what — what is the legal situation here. There is a constitutional issue when you have this scenario. The president made a determination based on consult of advice. He decided ultimately. He’s the commander in chief. He gets to make that decision that James Comey had a go. That was coming, by the way, from groups right, left, and center over the last year. You — you and I know that. So there had been concern about James Comey.

So here’s the constitutional threshold question, Chris. The president takes action based on numerous events, including recommendations from his attorney general and the deputy attorney general’s office. He takes the action that they also, by the way, recommended. And now he’s being investigated by the Department of Justice because the special counsel under the special counsel relations reports still to the Department of Justice. Not an independent counsel. So he’s being investigated for taking the action that the attorney general and deputy attorney general recommended him to take by the agency who recommended the termination. So that’s the constitutional threshold question here. That’s why, as I said, no investigation —

When Sekulow said, “And now” he is referencing the Washington Post story that alleges that Trump is now under investigation for obstruction of justice. He did this while describing the constitutionality of President Trump’s role as the chief law enforcement executive in charge of the justice department which includes in order of reporting structure: Jeff Sessions, AG; Rod Rosenstein, Dept. AG; and Robert Mueller, Spec. Counsel.

Wallace thinks that he has Sekulow by the short hairs and twists just for fun. But Sekulow starts slapping Wallace around. Getting caught cheating and then fighting over the pot is always bad for business.

SEKULOW: No, he’s not being investigated!

WALLACE: You just said that he’s being investigated.

SEKULOW: No, Chris, I said that the — any — let me be crystal clear so you — you completely understand, we have not received nor are we aware of any investigation of the president of the United States, period.

SEKULOW: No. The context of the tweet, I just gave you the legal theory, Chris, of how the Constitution works. If, in fact, it was correct that the president was being investigated, he would be investigated for taking action that an agency told him to take. So that is protected under the Constitution as his Article One power. That’s all I said. So I appreciate you trying to rephrase it, but I’m just being really direct with you, Chris. This is — let me be —

WALLACE: Wait a minute — wait a minute. Jay, and it’s not — Jay, it’s not just being investigated for firing Comey. There’s also the question of what he said to Comey when Comey was still the FBI director. So there’s more than just the fact that he fired Comey.

SEKULOW: He — Chirrs, let me be clear, you asked me a question about what the president’s tweet was regarding the deputy attorney general of the United States. That’s what you asked me. And I responded to what that legal theory would be. So I do not appreciate you putting words in my mouth when I’ve been crystal clear that the president is not and has not been under investigation. I don’t think I can be any clearer than that.

WALLACE: Well, you don’t know that he’s not under investigation again, sir. I mean you might —

WALLACE: You don’t know whether he’s under investigation or not.

Wallace tried to recover by using a pedantic technique that gets him into a debate on epistemology or the nature of knowledge and certainty. Sekulow knows that, as Trump’s attorney, he has not been notified that anything has changed in terms of the DOJ intelligence investigation into the 2017 election. Trump is not, nor has he ever been the target or subject of a DOJ investigation.

Wallace and other establishment hitmen intentionally muddy the water by stirring up confusion when they sow doubt and create puzzles about the nature of this investigation. As it stands, this investigation is about the residue of Obama intelligence gathering into the Trump campaign. The fact that Robert Mueller was appointed and given wide latitude to collect more information with the hope of finding evidence to support unsubstantiated claims by Democrats about Trump’s collusion with Russia is insane.

The only way this idiocy makes sense is if the establishment has the goods on Trump. If they have recorded, direct and airtight evidence that Trump colluded with Russia they could try to get him to blink and resign the Presidency rather than besmirch his honor and drag this nation through an impeachment hearing. As we saw in the Bill Clinton case, evidence like a blue dress would eventually come out for all the world to see. An impeachment is a public trial for the president’s political life.

Trump may be so ballsy that he will call their hand, because he still thinks he can beat them. Or, he may know that they don’t have the goods. I’m betting that the Democrats are bluffing. And, I respect a man like Trump who can hang in there in this high-stakes game of political poker and personal destruction. I’m also interested to see what Trump comes back with because the Democrats are on tilt.