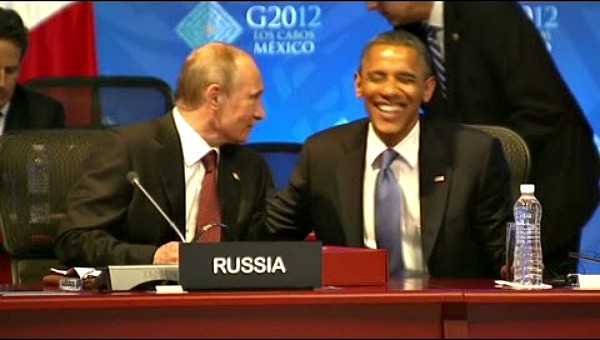 On “Meet The Press” Sunday, May 29, much to the consternation of the panel and NBC’s Chuck Todd, Kimberly Strassel of Wall Street Journal recalled that during his term Bill Clinton sent William Miller to Iran secretly to set up a back channel line of communication with our then avowed enemy.

Josh Rogin of Bloomberg News, recently reported former President Barack Obama’s Administration tried for months to forge a back channel with Russia, but Russian President Vladimir Putin showed no interest in it or halting aggression the Ukraine.

Several authors of World War II history have documented back channels we had to Hitler’s regime, working through Switzerland, Norway and Sweden. Some were quite successful in helping us get Jewish physicists out of Germany as Hitler unwittingly had 20 of the 30 people on the planet who knew nuclear fission was possible and had experiments in mind that would lead to a weapon. Some in the German Command preferred to see respected scientists leave rather than be slaughtered. Such is the nature of “back channels.”

Certainly the “back channel” can be abused, but in a time when we have an enemy in common with Russia, Islam, which has been at war with the west since 622 AD, the “back channel” is necessary when one of the elements of our politics is a faction driven by hate that can only be called “rabid,” inflaming anything they can to degrade President Donald J. Trump.

During Mr. Obama’s term his National Security Council performed an extensive and comprehensive review of U.S policy toward Russia that included dozens of meetings and input from the State Department, Defense Department and several other agencies, according to three former senior administration officials. At the end of the sometimes-contentious process, Obama made a decision to continue to look for back channels to work with Russia on a host of bilateral and international issues while also offering Putin a way out of the stalemate over the crisis in Ukraine.

“I don’t think that anybody at this point is under the impression that a wholesale reset of our relationship is possible at this time, but we might as well test out what they are actually willing to do,” a Senior Obama Administration official said to Bloomberg reporter Rogin. “Our theory of this all along has been, let’s see what’s there. Regardless of the likelihood of success.” You mean a back channel? (Gasp!)

Secretary of State John Kerry led the effort. Kerry even proposed going to Moscow and meeting with Putin directly. The negotiations over Kerry’s trip got to the point of scheduling, but ultimately were scuttled because there was little prospect of any progress.

In a separate attempt at outreach, the Obama White House turned to an old friend of Putin’s for help. The White House called on former Secretary of State Henry Kissinger to discuss having him call Putin directly, according to two officials. It’s unclear whether Kissinger actually made the call as the White House and Kissinger both refused to comment on the matter. Another back channel?

Kerry had been the point man because his close relationship with Russian Foreign Minister Sergei Lavrov which had come down to the last remaining functional diplomatic channel between Washington and Moscow. They met often without any staff members present, and talked on secure phones regularly. (Sounds like a back channel? Gasp!) Where were all the Democratic Party critics while this was going on as these communications were leaked at the time!

While it was reported in America that Russia had “invaded” Crimea the fact of the matter is that the Crimean population is 80% ethnic Russians and a year before they had a plebicite on joining Russia which passed with a great majority, and no complaints of Russian hacking. Of course the fact of paper balloting and hand-counting there would make such a complaint ridiculous, but a significant number of our 3141 counties do it that way today!

Now that Jared Kushner dares to go down same path as so many Democrat Administration officials have in the past is grounds for an investigation for espionage according to leading Democrats! Can there be any doubt they are falling back on their KKK roots?

Alec MacGillis Reporter for the New York Times just published an investigative piece on Jared Kushner’s Baltimore apartment rental business roundly criticizing him for insisting that his clients pay rents! In the piece he cited all the legal actions Mr. Kushner’s company had taken on non-payers as if they were actions by the Nazi SS. Apparently good Democrat MacGillis expects Mr. Kushner to give away rentals just because he had the money to build them!

Surveys are showing the public cares not at all about Mr. Kushner’s actions internationally, but are far more concerned with jobs, incomes, taxes and health care they cannot afford. Russia is dead last.