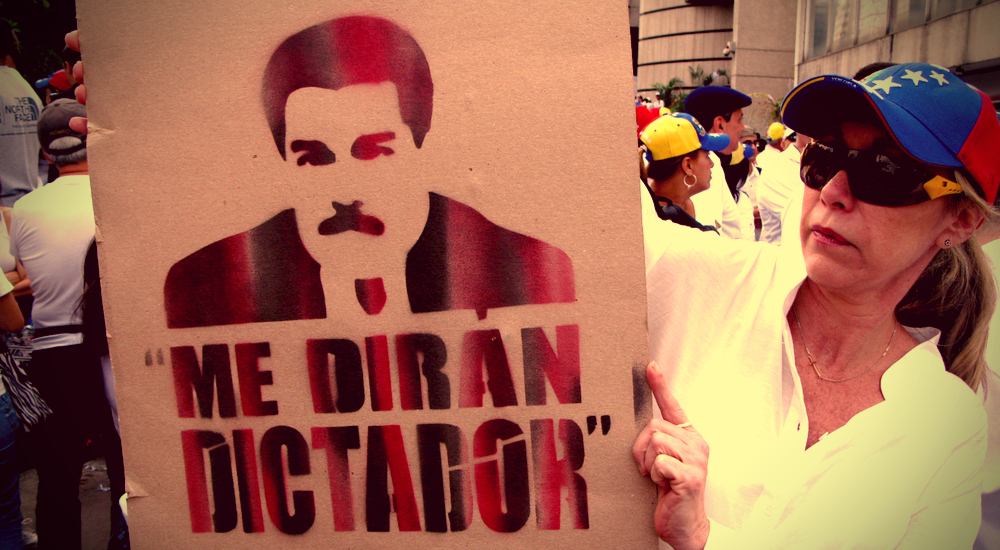 One of the worst aspects of the witch hunt that has transpired over the last two years is that it has turned Russia into a caricature of a villain, an image that the American people just don’t take all that seriously.

Not because they are especially capable themselves, they’re not. Russia is poor. It’s mismanaged. It’s weak. However, their leader has made a career out of using other nations to needle the United States. His hope is that much like Ancient Rome, the USA might collapse from a ‘death by a thousand cuts.’

So, Putin pokes Syria, North Korea, Venezuela, Cuba, Iran, China, Ecuador, the Philipines, and many others in the hope that the sheer number of agitators will weigh us down and weaken us.

But the media is missing it, because they are constantly wringing their hands about Trump. The latest example of this is in Venezuela where dictator Nicolas Maduro seemed ready to flee the collapsing socialist state for the sunnier (and less tumultuous) climes of Cuba. He was ready to flee, that is, until the Russians called and convinced him to stay.

The Russian government is evil and it supports evil around the world.

“We’ve watched throughout the day, it’s been a long time since anyone’s seen Maduro. He had an airplane on the tarmac, he was ready to leave this morning as we understand it and the Russians indicated he should stay. We think the situation remains incredibly fluid. We know there are senior leaders inside the Maduro government who were prepared to leave. They told us as much over the past few weeks. We’re convinced the Venezuelan people are going to get their democracy back. Maduro is surrounded by Cubans and has been supported by the Russians. We’ve told the Russians and we’ve told the Cubans that it is unacceptable to starve people.”

US Secretary of State Mike Pompeo tells CNN's @WolfBlitzer that it's time for Nicolás Maduro to "leave," adding "He has no answers for the Venezuelan people and the United States is determined to assist the Venezuelan people in restoring democracy." https://t.co/19NDtL2h3Y pic.twitter.com/mzUjviHBiK