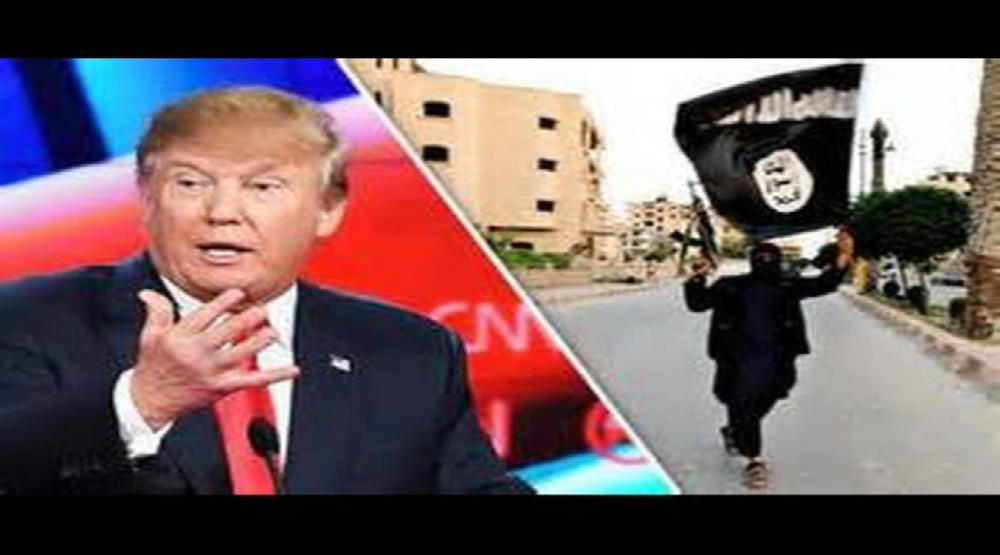 Democrats are going apesh*t over Trump calling the terrorist bombings in NY and NJ terrorism!  Trump is the ONLY man talking about stopping terrorism.  Hillary, Obama, and the Democrats all talk about understanding terrorism, about building bridges to Islamists to better understand them and help them to understand us.  They say Americans must change, to stop being the bigots and bullies of the world, and must alter their perception of others (so they can submit to Islamic Sharia in order to stop it.)

When Hillary started the birther movement in her 2008 campaign, for which she now blames on Trump who took it up in 2011 just as she blames terrorism on him, just as she and Obama prior to Trump blamed Bush for Islamic terror that’s been being inflicted on the West since the 60s, she spoke of how stupid all liberals should be.  Asked if she believed Obama was a Muslim, she replied she didn’t know but would take him at his word.  All proof of where Obama has stood with Islam against Christianity over the last eight years aside, if someone calls you on the phone to tell you your computer has a virus and they need your passwords to be sure your bank accounts are secure, do you take them at their word?

Hillary’s on the wrong side of history – and of righteousness

As Rush Limbaugh astutely points out, terrorism is not going to end with Democrats in charge who are willing to accept it as the new normal.  The only way to stop Islamic terror is not to understand how we are evil, but to understand how Islam is evil.  The teachings of Muhammad are not a secret, nor are they rocket science.  There is fourteen centuries of recorded history of Moslems warring, raping, enslaving, and oppressing people, both infidels and their own from which to learn the truth.  The Islamic State is more Islamic than any group claiming to follow Muhammad today, and they would not exist were it not for the vast majority of Moslems who believe Sharia is the law of Allah that should be imposed on the world.

Muhammad the 1st Terrorist and his religion of self-imposed brainwashing