Rudy versus Mueller : Round One 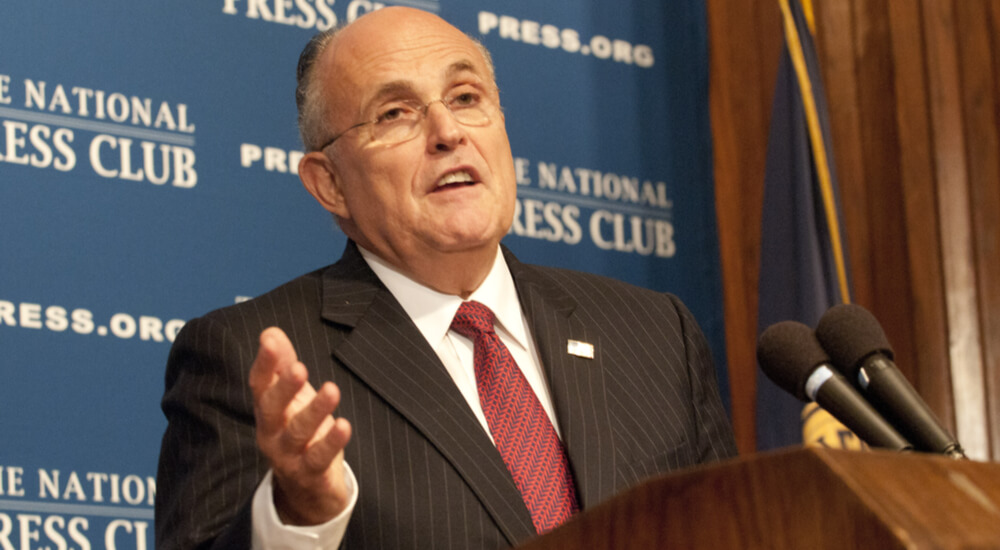 I have great respect for the Deep State.  All of its members are professionals in their field.  Wherever you look, everywhere and everything is well thought out, down to the smallest detail.

So why do they lose?  Let’s recall the main points.

Deputy Attorney General Rosenstein writes a memorandum to President Trump, in which he proves the necessity of dismissing FBI director Comey for numerous violations of the law.  Trump fires Comey, and Rosenstein immediately appoints a special prosecutor, Mueller (friend and Comey and Rosenstein), to investigate whether Comey’s dismissal was a violation of law by Trump in the form of obstruction of justice.

At the same time, the so-called “Russian dossier” and the alleged criminal conspiracy between Trump and Putin are not Mueller’s primary goal.  All this noise about collusion with the Russians is just a smokescreen created by the Deep State.

There is ample evidence that Mueller disregards investigating Trump’s collusion with the Kremlin.  This was confirmed by Comey himself in his recently published book.  He mentions that Trump personally asked him, as FBI director, to investigate the “Russian dossier” at least three times and to find out who exactly created these fakes.  Comey already knew then that Hillary Clinton was behind the “Russian dossier,” but he said nothing to Trump about this and did not comply with his request.

Recently, new evidence emerged in the case of Paul Manafort.  Mueller’s team admitted that his investigation found no incriminating evidence of contacts by Manafort with any Russians.  And all press reports over the past two years about such contacts are fictional and based on “anonymous sources.”

The questions Mueller’s team would like to ask Trump were leaked to the media.  Mostly, these questions concern the firing of Comey and not Trump’s collusion with the Russians.  Also, many of the questions are merely ridiculous, such as “What did you think about the recusal of Attorney General Sessions?” and “How did you come up with the idea of dismissing Comey?”  Should these irrelevant questions be worthy of a special prosecutor in the case of an alleged international criminal conspiracy?  The prosecutor should be interested in what the person did, not what he thought.

In the “Russian case,” the prosecutor’s questions should be of this type: “Which encryption method was used to communicate with the Russians?” and “Why weren’t the encryption keys changed immediately after the election rather than a month later?” and “What was the frequency of the backup communication channel with the Russians?”  These are the kind of necessary questions we would expect of figurants of the investigation.  But Mueller’s team is void of such questioning.  It suggests that the leakage of these questions was sanctioned by Rudy Giuliani, a new player in Trump’s legal team.  The publication of these ridiculous questions is his first punch.

Why did Rudy do this?  Because Rudy is not only a lawyer but also a politician, a former mayor of New York.

Rudy Giuliani correctly understands that the primary goal of Mueller is not jurisprudence, but politics.  Therefore, the methods of countering Mueller should not be as much legal as they are political.

Elections in November 2018 served as the main goal of Mueller.  After all, this is the only chance for the Deep State to dump Trump by legal means.  Its members do not hide this – all twenty prosecutors of Mueller’s team are registered members of the Democratic (read: socialist) Party of the USA. At least twelve of them, have donated to various socialist candidates, including Hillary Clinton and Barack Obama.

Why did Mueller decide to bring charges against Manafort, even though they have nothing to do with Russia?  For the same reason, Scooter Libby suffered.  They accused General Flynn and Trump’s personal lawyer, Cohen, in a similar fashion.  It’s standard prosecutorial practice to indict a subordinate and thereby force him to testify against his boss in exchange for a lighter punishment or even for closing the case.

It works against the mafia, but it did not work against Libby.  He had nothing to say about his boss, Vice President Cheney, and in retaliation, his reputation was utterly destroyed (he had to wait for fifteen years until Trump pardoned him).  The parallels of the “Russian case” with the Libby case are unambiguous here.

The special prosecutor, Fitzgerald, knew that it was not Libby, but deputy secretary of state Richard Armitage who had revealed the name of the CIA agent, Valerie Plame.  But the prosecutor decided to use Libby to get Cheney and, together with him, President Bush.

The special prosecutor, Mueller, and his team know that the “Russian dossier” was concocted by Hillary Clinton’s order, but they decided to use Manafort, Flynn, and all the others they could get on hand to get President Trump.

So far, it did not work against Manafort.  But the Deep State is not slumbering, and now Manafort is forced to fight two lawsuits against him simultaneously.  It did not work against Flynn, and he – quite predictably – is on the verge of bankruptcy now because of the multi-million-dollar legal expenses.  There is every reason to believe that this approach will not work against Cohen (which means that tough times await him).

It should be noted that both Mueller and Giuliani are highly skilled political operators, and, strangely enough, both are interested in closing Mueller’s investigation a few months before the November elections, although for different reasons.  Rudy made it clear to Mueller that perhaps Mueller would be allowed to leave the game untainted.  For Mueller, such support is essential, since he has been under constant political pressure from the Republicans and the Democrats for more than a year now.

The Democrats are already tired of waiting.  When will Mueller finally do what he was instructed to do by the Deep State?  Every month of the delay will bite them in November because the Democratic electorate will not have enough enthusiasm to come to the polls.  Indeed, it is impossible to keep people in suspense for two whole years without giving anything.  But Mueller-politician cannot afford to continue working against the president, whose favorable rating already exceeds 50%.  Most likely, Mueller-prosecutor will turn down his investigation shortly – just political business, nothing personal.

Mueller’s attack on subordinates of Trump is a sign of weakness.  It is a sign that prosecutors have nothing against Trump.

Rudy was one of the first to understand that offense is the best defense in this kind of situation, especially six months before the election.

(“Rudy versus Mueller: Round Two” is coming soon, stay tuned)