Rudy Giuliani: “What I did for New York Trump will do for America'” 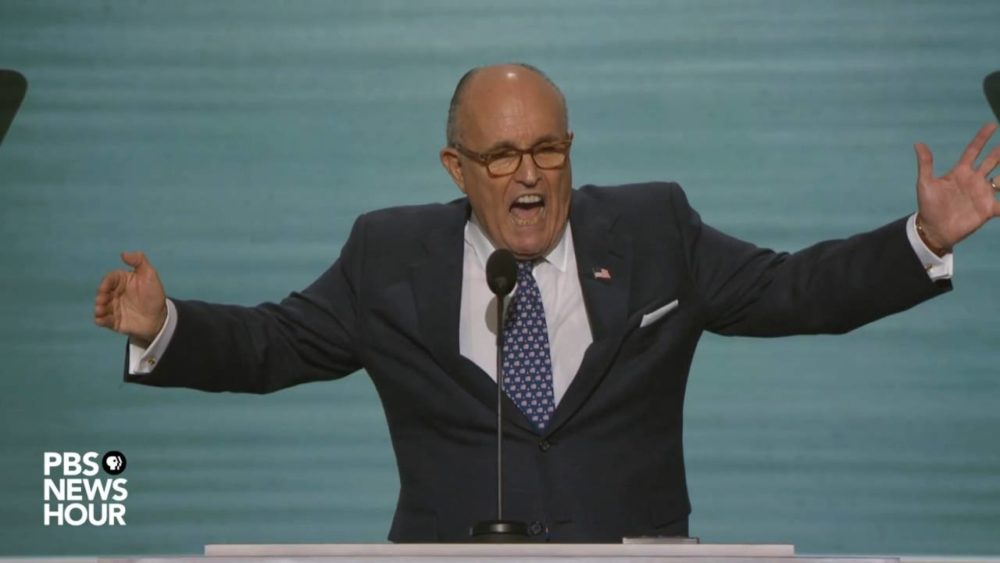 Mayor Rudy Giuliani brought down the house at the 2016 RNC on Monday night with his barn-burning speech endorsing Donald Trump for President.

Donald Trump has said the first step in defeating our enemies is to identify them properly and see the connections between them. To defeat Islamic extremist terrorism we must put them on defense,” he said. “If they are at war against us ― which they have declared ― we must commit ourselves to unconditional victory against them…

This includes undoing one of the worst deals America ever made ― Obama’s Nuclear Agreement with Iran that will eventually let them become a nuclear power and put billions of dollars back into a country that the world’s biggest state sponsor of terrorism.

Maybe Rudy Giuliani would have been the better choice to be Donald Trump’s running mate? If the two men could travel the country energizing Republican voters the way Giuliani did on Monday… it might make them very tough to beat. I think we’ll be seeing a lot more of Rudy Giuliani throughout the rest of the 2016 presidential campaign.