Romney: Not For Long 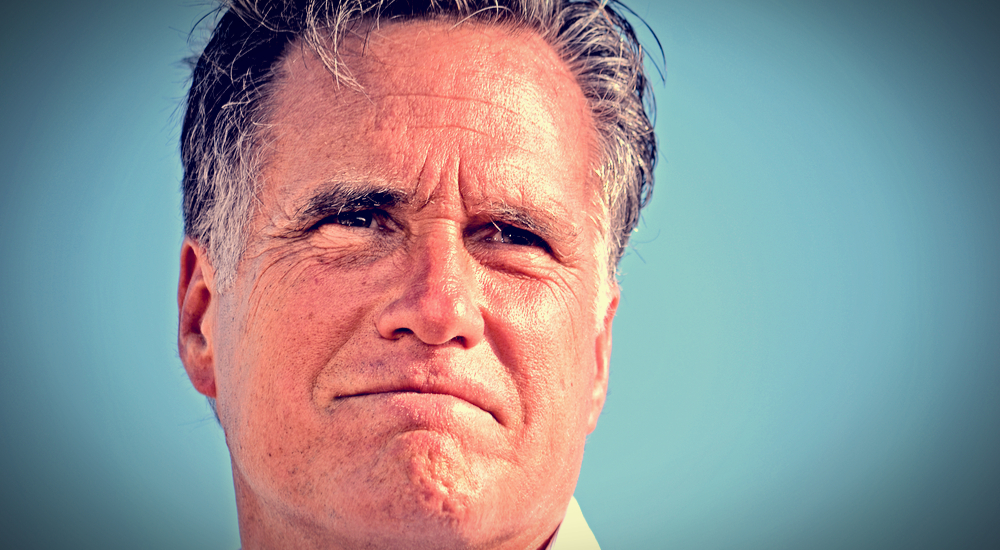 January 1. 2019 in the Washington Post Mitt Romney, Senator-elect of Utah published a piece that shocked the nation, but we say what it really did was better define “the swamp,” the creatures in it and a leader of which Mr. Romney wants to be along with Paul Ryan and many other elected folk from the “Dark Side.” Mr. Romney wrote:

“The Trump presidency made a deep descent in December. The departures of Defense Secretary Jim Mattis and White House Chief of Staff John Kelly, the appointment of senior persons of lesser experience, the abandonment of allies who fight beside us, and the president’s thoughtless claim that America has long been a “sucker” in world affairs all defined his presidency down.”

We say Mr. Trump was “Cleaning out the barn,” in the words of H. Ross Perot, that history has shown were accurate. Continuing…

“It is well known that Donald Trump was not my choice for the Republican presidential nomination. After he became the nominee, I hoped his campaign would refrain from resentment and name-calling. It did not. When he won the election, I hoped he would rise to the occasion. His early appointments of Rex Tillerson, Jeff Sessions, Nikki Haley, Gary Cohn, H.R. McMaster, Kelly, and Mattis were encouraging. But, on balance, his conduct over the past two years, particularly his actions this last month, is evidence that the president has not risen to the mantle of the office.”

Mitt is so angry he ignores the rules of punctuation that “President” is capitalized when it refers to a duly elected President in or out of office.

“It is not that all of the president’s policies have been misguided. He was right to align U.S. corporate taxes with those of global competitors, to strip out excessive regulations, to crack down on China’s unfair trade practices, to reform criminal justice and to appoint conservative judges. These are policies mainstream Republicans have promoted for years. But policies and appointments are only a part of a presidency.”

Why am I sure Mr. Romney had tears in his eyes as he put this on the page? Of course, he had to end with a “zinger” to polish his credentials

“To a great degree, a presidency shapes the public character of the nation. A president should unite us and inspire us to follow “our better angels.” A president should demonstrate the essential qualities of honesty and integrity, and elevate the national discourse with comity and mutual respect. As a nation, we have been blessed with presidents who have called on the greatness of the American spirit. With the nation so divided, resentful and angry, presidential leadership in qualities of character is indispensable. And it is in this province where the incumbent’s shortfall has been most glaring.”

Mr. Trump has responded to baseless accusations correctly in the minds of the American people. Mr. Romney is worth over $400 million from his years at Bain Capital, Inc. a bottom-feeding, scummy operation where he and his partners bought companies, grabbed the pension funds as corporate assets due to a flaw in the bankruptcy laws, left the workers penniless, laughing all the way to the bank. So much for “Mr. Big Mormon.”

“The world is also watching. America has long been looked to for leadership. Our economic and military strength was part of that, of course, but our enduring commitment to principled conduct in foreign relations, and to the rights of all people to freedom and equal justice, was even more esteemed. Trump’s words and actions have caused dismay around the world. In a 2016 Pew Research Center poll, 84 percent of people in Germany, Britain, France, Canada, and Sweden believed the American president would “do the right thing in world affairs.” One year later, that number had fallen to 16 percent.”

The nations of Europe have taken advantage of us since the end of WWII. We fought their wars twice and instead of taking their nations we only asked for enough land to bury our dead. We set up NATO to protect them from an imminent Russian invasion, nonetheless several of these nations we have spent billions on to protect, refuse to contribute to their own defense! Their media are anti-American out of embarrassment and Mr. Romney knows it.

“This comes at a very unfortunate time. Several allies in Europe are experiencing political upheaval. Several former Soviet satellite states are rethinking their commitment to democracy. Some Asian nations, such as the Philippines, lean increasingly toward China, which advances to rival our economy and our military. The alternative to U.S. world leadership offered by China and Russia is autocratic, corrupt and brutal.”

What a lame paragraph? Here Mitt is running out of gas…

“The world needs American leadership, and it is in America’s interest to provide it. A world led by authoritarian regimes is a world – and an America – with less prosperity, less freedom, less peace. To reassume our leadership in world politics, we must repair failings in our politics at home. That project begins, of course, with the highest office once again acting to inspire and unite us. It includes political parties promoting policies that strengthen us rather than promote tribalism by exploiting fear and resentment. Our leaders must defend our vital institutions despite their inevitable failings: a free press, the rule of law, strong churches, and responsible corporations and unions.

We must repair our fiscal foundation, setting a course to a balanced budget. We must attract the best talent to America’s service and the best innovators to America’s economy.

America is strongest when our arms are linked with other nations. We want a unified and strong Europe, not a disintegrating union. We want stable relationships with the nations of Asia that strengthen our mutual security and prosperity. I look forward to working on these priorities with Senate Majority Leader Mitch McConnell, R-Ky., and other senators.

Furthermore, I will act as I would with any president, in or out of my party: I will support policies that I believe are in the best interest of the country and my state and oppose those that are not. I do not intend to comment on every tweet or fault. But I will speak out against significant statements or actions that are divisive, racist, sexist, anti-immigrant, dishonest or destructive to democratic institutions.

I remain optimistic about our future. In an innovation age, Americans excel. More importantly, noble instincts live in the hearts of Americans. The people of this great land will eschew the politics of anger and fear if they are summoned to the responsibility by leaders in homes, in churches, in schools, in businesses, in government – who raise our sights and respect the dignity of every child of God – the ideal that is the essence of America. Romney, a Republican from Utah and the party’s 2012 nominee for president, will be sworn into the U.S. Senate on Thursday.”

Believe it or not, this 368 word wandering wrapup is the message! And, it is to the Swamp Masters who fear President Donald J. Trump all the way to their toes. Mitt did not give this piece to one of the conservative journals, but to the Washington Post, the bible of the bureaus. Mitt and more believe bureaus never die while elected people come and go. They are right, but shallow. The history of great empires is that all fail in about 250 years, and from within. Mitt Romney has here told the Swamp leaders he is with them, they do not know it is not for long.