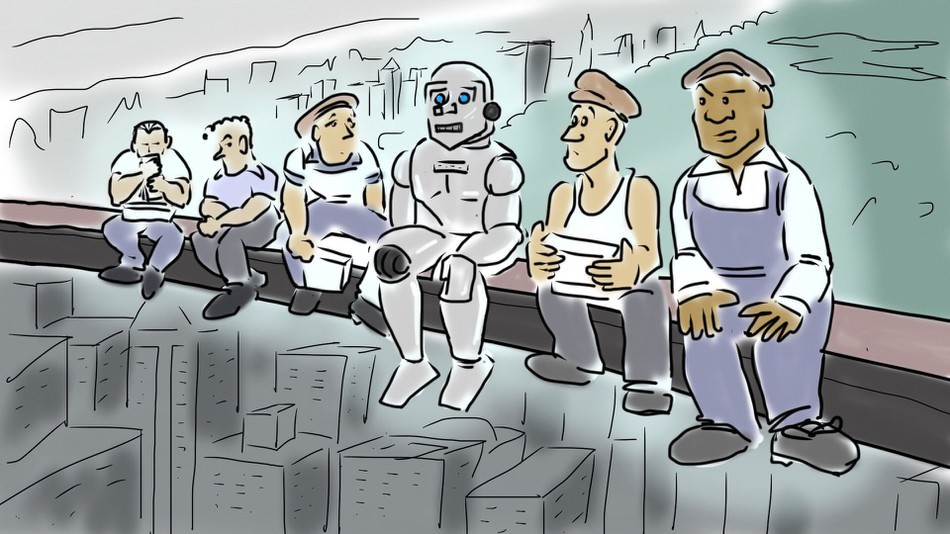 Remember the “Fight for 15,” the big progressive plan to raise the minimum wage to the arbitrarily chosen hourly base of 15

dollars? And recall that we free-market conservatives have been arguing that a mandated wage hike will not end well?

Already, the hike has taken a toll on some cities. Local and State minimum wage hikes are forcing restaurants and like service industry employers to raise their prices and/or lay off staff. Other businesses are closing up and relocating outside of cities to avoid the mandated pay hike.

Governments – federal, state and local, bowing to the pressure of a tiny minority of radicals, know not what they do.

Governments and radical activists create static charts and models showing how a massive minimum wage hike will benefit “the workers.” They never consider how the mandates will affect the employers – nor do they seem to care. They don’t understand that the private sector cannot just vote themselves more money to pay for the wage hike and further crushing regulations.

So instead of subserviently complying with government overlords, companies of all kinds are seeking to find ways around these crushing big brother decrees. And just like everything else in life – leave it to private sector innovators to find a path around Nanny State mandates.

And sure enough, innovation has led the private sector to a little thing called automation.

The Daily Mail is reporting on the next generation of automated grocery scanners that, at checkout, are able to scan and bag all purchased items within a few seconds.

Japanese electronics giant, Panasonic, is the brains behind this innovation, called “Reji Robo,” which has made the checkout procedure a very simple transaction. After choosing your items on the grocery store shelves, simply walk to the checkout and put

the items in a specifically designed basket. The checkout scanner then receives data from each item via a radio ID tag fitted to the product. The scanner reads all items virtually simultaneously. When the scan is complete, the bottom of the basket drops away and the groceries fall into bags placed under the scanner. The unit slides away, and there are your groceries, already scanned, tallied and bagged, all within a matter of seconds.

This technology is already being utilized in Japan, with “the aim being to have it in all stores nationwide by the end of 2025.” In eight years, Japan expects to replace ever human store clerk with a robot (of sorts). A robot which requires no pay, no health benefits, no sick time, no vacations and no breaks. How long will it be before American stores pick up this ball and run with it? Given the current climate of radical government demands on business, I’d say not long at all. And there goes likely hundreds of thousands of entry-level jobs that cannot be replaced.

And it gets worse, or better, depending on your side of the fence. Inverse.com reports that Tesla’s Elon Musk is set to develop a line of autonomous trucks – both semis and pick-ups.

Inverse writes that, “the legendary occupation of the long-haul truck driver may soon be a thing of the past. Instead, the future of overground shipping may be controlled by autonomous trucks, guided to their destinations by ‘fleet managers’ in remote locations.”

Although Musk said that drivers won’t be displaced anytime soon, “Uber-affiliate Otto has been testing self-driving semis
for months, and on October 25, one of its vehicles made the first autonomous delivery.”

The robots may not have plans to take over the world quite yet, but it appears the time table for taking our jobs is accelerating. Thanks in large part to wage and regulatory decrees forced on us by our benevolent overseers.