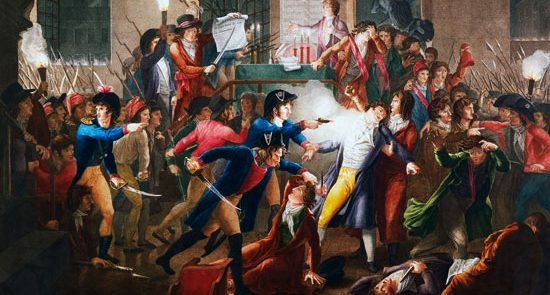 President Trump, WHY are you permitting this FARCE to go on so long and do such tremendous damage to our nation’s security, law enforcement, and your associates?  Obama and Hillary corrupted the agencies that are supposed to protect Americans to make them agents of their witch hunt to destroy Americans and overthrow the Constitution.  Racists and America haters are spitting on our soldiers and assassinating our protectors.  Democrats are allowing foreigners to invade to rob, rape, and murder Americans.  This nation is in CRISIS so long as this continues!

In his pursuit of impeachment of the duly elected president chosen by the people in accordance with the Constitution, Mueller and his Democrat minions are using entrapment to ensnare Trumpsters in manufactured process crimes over an investigation that falsely claims there was Russian interference that affected the outcome of the presidential election, and without constraints he is violating the 4th Amendment rights of everyone involved!  Trump has lived up to his oath of office while Obama violated it on a weekly basis!  The ONLY reason for this is to undermine the authority of the rightful president selected by patriotic citizens, and to set up Democrats to overthrow the Constitution so they can install their own dictator in power.  Shades of Stalin and Robespierre!  THIS MUST BE BROUGHT TO AN END!

This witch hunt that has destroyed good men like Gen. Mike Flynn who pled out to a minor charge just to make the persecution of himself and his family stop!  These are not the actions of government, but the acts of crime lords, and it has already gone way too far for way too long!  The power of the federal government is not meant to be used against her citizens to persecute them as Obama did through Lerner’s IRS and Mueller is now doing through the DoJ.  Mueller & Co. are all rabid Hillary supporters and their witch hunting is tearing down American law and respect for her law enforcement.  They are corrupting our protectors by acting as leftist oppressors.  The leadership of government agencies under Obama have all been despoiled by Obama.  Their campaign to overthrow Trump must be absolutely crushed to show the swamp rats, that want to oust Trump to prove that outsiders are not welcome in their sandbox, that the American people are in charge and they will work with to the leader WE choose and answer to US!  PLEASE, CRUSH the Democrat’s and RINO establishment’s efforts to overthrow the Constitution and who cares if they squeal like stuck pigs!  They would not DARE to impeach in the face of a popular uprising of armed patriots!  This leftist farce of liberal fascists undermining the Constitution with their fraudulent investigation of their fantasy Russian collusion must be put down hard like the rabid dogs they are!  The swamp must get the message that THEY DO NOT RULE AMERICA and WE ARE NOT FOOLED by their propaganda and political machinations!

This has been going on for a year.  Mueller is claiming anything and everything could lead to a Russian connection.  It’s like their global warming fraud.  Climate change happens and they create the fantasy that our car’s exhaust and cow farts are causing it.  Likewise, fascist Democrats lose elections and they create the fantasy that Republican voter fraud altered the outcome, which they always believe because their own voter fraud is overcome.  Liberal naïveté in believing whatever they are told without one iota of critical thought over the lack of evidence yields such stupidity as Joy Behar believing that Trump committed a crime in talking to Russia.  Leftists of the populace and the swamp are not numerous enough to be a threat to righteous leaders and patriots.  These criminals and charlatans are the ones who seek to overthrow the Constitution.  They are the Nazis that no amount of calling the white people racists, or claiming the righteous are the fascists, will change the fact that it is they who are the wolves in sheep’s clothing.  Mueller should be fired along with his staff, all of them brought under investigation, and Hillary and Obama deeply investigated to uncover their fascist corruption and ties to foreign Communists and Islamists.  Expose them and the entire leftwing campaign to undo America will fall on its face so hard their noses will dredge up last year’s fecal deposits.

Trump has been playing the media monkeys like a Stradivarius, but the Democrat’s plot to overthrow him and the Constitution with the help of RINOs presents much more danger than he knows.  His best course of action would be to fire Mueller, then have Sessions investigate Mueller and Rosenberg, Hillary and Obama, and every member of Congress from top to bottom to uncover the full corruption within the swamp.  Leftists can cry Hitler till they turn blue in the face, but that will be nothing when the truth of the Swamp Rats is exposed to the American people.  He needs to fire Robespierre Meuller and his team of Hillary saboteurs and then squash the Left’s cries of Hitlerian dictatorship with the truth of Democrat corruption.

The Ingraham Angle on Franken and Mueller

Division Director of Anesthesia, Analgesia and Addiction Products at the FDA Bob Rappaport Was A Lap Dog For The Pharmaceutical Industry, Not a Watch Dog For The American People
September 19th, 2021 Sons of Liberty Media