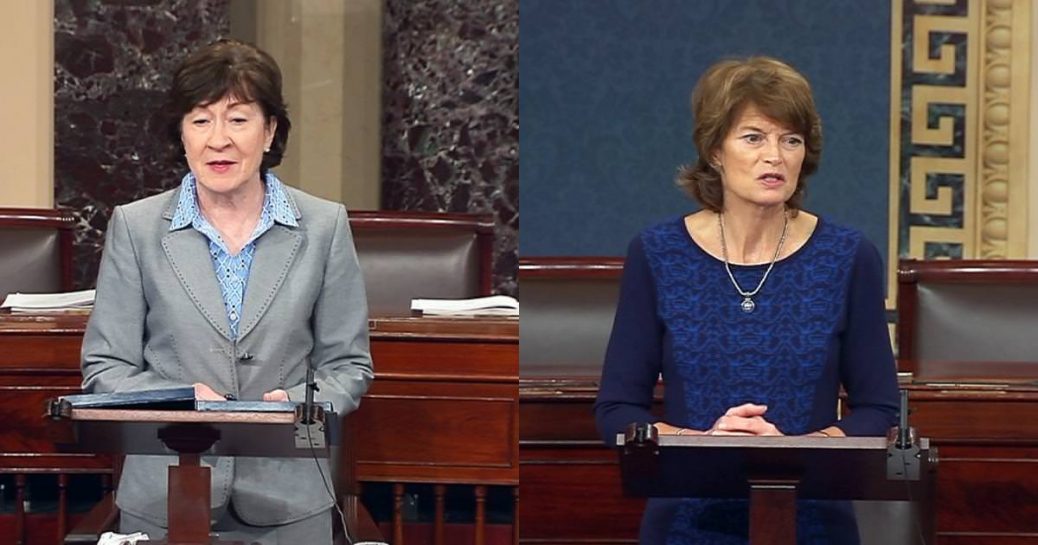 There are many Republican politicians who veer to the left after getting elected time and time again, while campaigning as a conservative. The list of these congressmen and senators is endless, but not too many of these politicians have been as disgraceful as Senators Lisa Murkowski of Alaska and Susan Collins of Maine. They each have very liberal voting records throughout their careers, and never voted against any of Barack Obama’s nominees. But now, out of good conscience of course, plan to defect from their party once again, and intend to vote against President Trump’s nominee for the Secretary of Education, Betsy DeVos.

There have been some on the conservative side who were skeptical of DeVos’ nomination, such as the great Mark Levin, because of her murky record on her past Common Core support. I respectfully disagree with Levin’s view, since DeVos has denounced Common Core while acknowledging her previous support for it as a mistake. In addition, DeVos is a strong supporter of school choice, which will inevitably lead to school competition, and the best schools will survive, leading to an infinitely better education for the nation’s students. DeVos’ position on school choice, giving parents the right to send their children to the schools of their choice, as opposed to the federal government mandating which schools children must attend, which empowers the teachers’ unions, disservices students, destroys competition, and confiscates liberty, is exactly what America’s children need.

DeVos has an impressive record on school choice, but her major moment came during her Senate confirmation hearing last month, in her answer to Vermont’s Socialist Senator Bernie Sanders when he asked DeVos if she would support his position on making public college free. DeVos answered, “Senator, I think that’s a really interesting idea, and it’s really great to consider and think about. But I think we also have to consider the fact that there’s nothing in life that’s truly free.” She added, “somebody’s going to pay for it.”

Based on DeVos’s strong record and qualifications, why would Murkowski and Collins abandon their party in opposing her confirmation? According to the Washington Free Beacon, these two senators have received thousands of dollars from the National Education Association (NEA), the nation’s largest teachers’ union. The NEA represents 3 million members, and has, along with other unions, have staunchly opposed DeVos. Under school choice policies, these unions would lose much of their influence on education policies, and competition would inevitably force failing schools to close and bad teachers to be replaced. In addition to donations, Murkowski and Collins received 100% and 75% ratings on a 2012 NEA report card, respectively, and are the only Republicans to earn above 50% from the group. In addition, both senators have earned straight A marks from the union since 2014.

It is disgraceful that politicians can be selfish enough to care about their own reelections rather than the nation’s children’s education.

DeVos has a solid record and stance on school choice, vouchers, and liberty. She needs to be confirmed as the next Secretary of Education. And Murkowski and Collins need to admit that they’re in the wrong party.