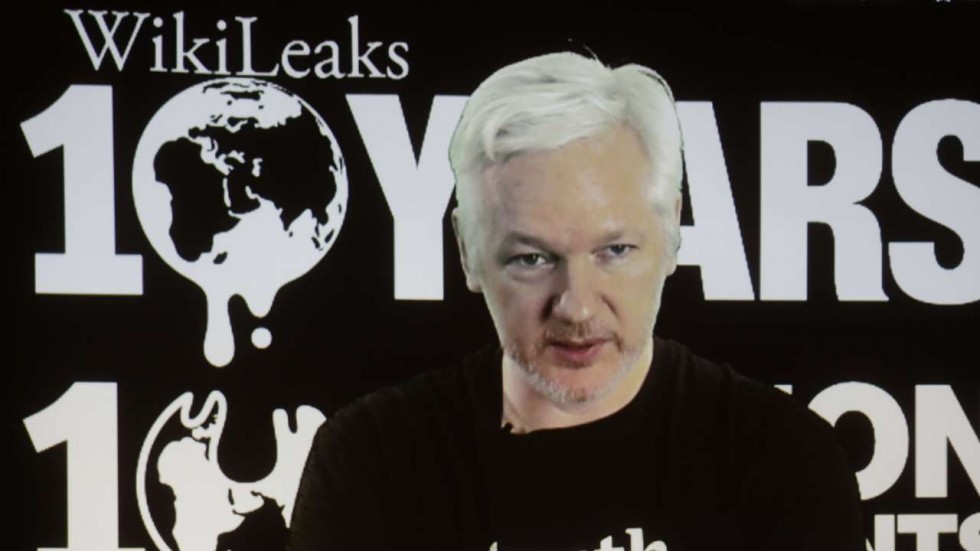 As originally posted on the message board Reddit, the following is an attempt to organize the most relevant revelations from Hillary Clinton’s latest email leak – this one includes 600 private emails leaked on Wednesday through Wikileaks. The entire database of leaked emails is being updated daily with newly leaked emails – expect more tomorrow.

EMAILID 6453 Media lapdog Brent Budowsky writes to John Podesta: “am not going to raise this publicly, but one of HRC’s opponents will soon charge that she is running an “imperial campaign.” If it is the right opponent, Democrat or Republican, the charge will resonate.” Yes. This supposed journalist is discussing strategy with the chairman of the Hillary Clinton campaign. Giving him information and warnings about things he learned from other sources most likely off the record. Extreme collusion between the media and Crooked’s staff. But wait, there is more! He is asking permission from Podesta to write parts of an article: “BTW, I may doing an Elizabeth Warren column soon. If I write that my optimum scenario would be for Elizabeth to ultimately give a big endorsement to HRC and give the keynote speech at the Convention, totally off the record, would that give you a problem? It would be my personal opinion only, but if you have a problem with my suggesting this as my idea, I won’t tell anyone and I won’t include it, deferring to you” John Podesta responds to the email, and grants permission for the journalist to write the story as originally planned. https://www.wikileaks.org/podesta-emails/emailid/6453

EMAILID 5690 Remember how Clinton staff had moles on Elizabeth Warren’s team? Seems they had one in Biden’s camp as well. Someone who helped to destroy Biden in return for a position. Ron Klain writes to Podesta: “It’s been a little hard for me to play such a role in the Biden demise – and I am definitely dead to them — but I’m glad to be on Team HRC, and glad that she had a great debate last night. Thanks John.”

EMAILID 5688 How to create a debate schedule most favorable to Hillary? How to rig the debate schedule and the rules to be most in her favor? This memo will explain. For example: “to eliminate the possibility of one on one debates; the most likely standard that would achieve this result is to allow any announced candidate who is: 1) a Democrat and, 2) who meets some threshold of viability (1 percent) in either a national or state specific (e.g. Iowa, NH) to participate.” One on one debates would have been better for Bernie Sanders, so they wanted to avoid that at all costs. They also wanted to limit the number of debates, and start them late to minimize the impact of the debates. https://wikileaks.org/podesta-emails/emailid/5688

EMAILID 5479 John Podesta receives Hillary’s tweets for approval a few days in advance of the tweets going online. Together with previous leaks, it looks like Hillary doesn’t have much input into any of “her” tweets. They are put together by a group of staffers. https://wikileaks.org/podesta-emails/emailid/5479

EMAILID 5469 Huma reveals there is a “Friend of Hillary” list which is available for rental. Seems like some shady shit because even Huma wants to discuss off email: “We should be thoughtful about any group that wants to rent Friend of Hillary list now because there is interest. This is also probably best discussed off email.”https://wikileaks.org/podesta-emails/emailid/5469

EMAILID 5512 Email chain about Hillary being extremely weak on the topic of standing up to Wall Street. Not even her own campaign staff believes she is credible on Wall Street. Even though she told Wall St. to cut it out. “I believe we started out the campaign about 20 points behind Sanders in Iowa on the question of who would best stand up to Wall Street and that was when we were about 40 points ahead. If you want to make the question of the campaign, who will best stand up to Wall Street, Sanders is the answer and he’ll give you $35 million reasons why.” https://wikileaks.org/podesta-emails/emailid/5512

EMAILID 5705 Someone, likely Neera Tanden writes to John Podesta. This is more than a little bit creepy : “I know you were probably kidding this morning about me in NH. I am aware of your dark sense of humor. But I should say that I would do whatever Hillary needs always. I owe her a lot. And I’m a loyal soldier. I think I might not be so useful because I overly focus on the lessons of the past but if there’s something I should do to help campaign more I will do it. Let’s hope it doesn’t come to this and she wins Iowa.“https://wikileaks.org/podesta-emails/emailid/5705

EMAILID 5423 Person who wrote the superdelegate rules advises Clinton Campaign how to create an illusion that Bernie people won something so they would work their asses off for Hillary. “So here’s my idea. Bernie and his people have been bitching about super delegates and the huge percentage that have come out for Hillary. .. why not throw Bernie a bone and reduce the super delegates in the future to the original draft of members of the House and Senate, governors and big city mayors, eliminating the DNC members who are not State chairs or vice-Chairs… So if we “give” Bernie this in the Convention’s rules committee, his people will think they’ve “won” something from the Party Establishment. And it functionally doesn’t make any difference anyway. They win. We don’t lose. Everyone is happy. ” https://wikileaks.org/podesta-emails/emailid/5423

EMAILID 6900 Another gem from journalist Brent Budowsky. A desperate plea to Podesta about Clinton’s money troubles: “If there is one thing that could well bring down a Hillary Clinton candidacy it is this cycle of money issues about which I am now feeling red alerts, loud bells, warning signals, and red flags and I am now seriously pissed off that there is a real chance that her candidacy and the Democratic Party could be destroyed by these self-created dangers that continue to proliferate the closer she gets to presumably announcing her candidacy. If she is not hearing this from others, please feel free to forward this to her, I will play the bad guy here because I do not want her money and because she needs to hear this from her friends and she will sure as hell be attacked for this by her enemies, and it will be megaphoned throughout the media, and foreign donations and paid speeches and hustling gold mining deals by her brother are entirely legitimate issues that are self-created, and must self-corrected before it is too late….and I do not believe the Clintons fully understand the magnitude and immediacy of the danger in the current political and media climate” https://wikileaks.org/podesta-emails/emailid/6900