Republicans Cave on IRS Impeachment – Just as They Always Do 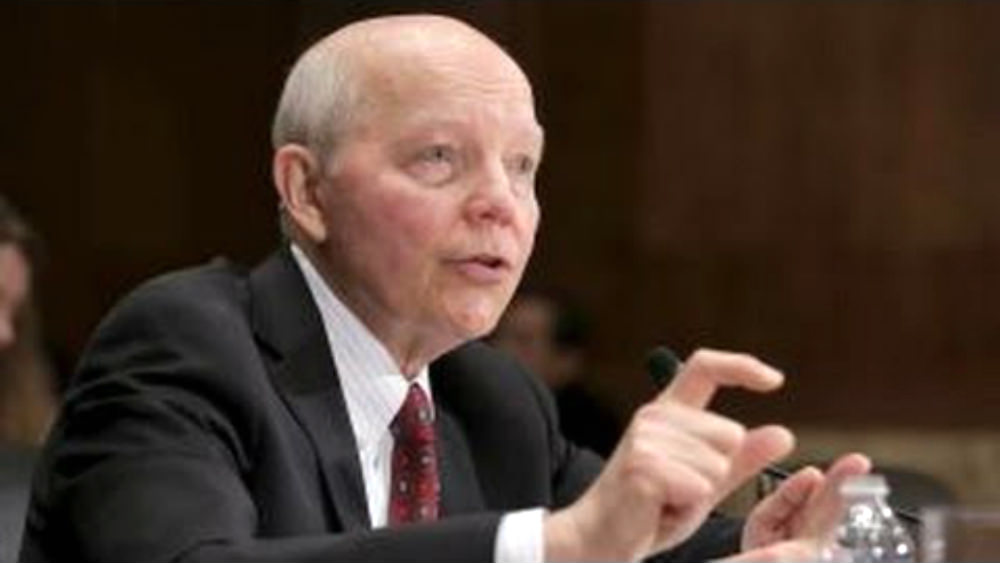 Last October (2015), Utah representative Jason Chaffetz, one of the few Congressman who actually takes his job seriously, presented four Articles of Impeachment of IRS Commissioner John Koskinen to the House Judiciary Committee. It should have been a slam dunk.

In brief, the Articles  state that 1: Koskinen “failed in his duty to respond to lawfully issued congressional subpoenas” – 2: “Commissioner Koskinen made a series of false and misleading statements to Congress in contravention of his oath to tell the truth” – 3: “During his confirmation hearing before the Senate Committee on Finance, John Andrew Koskinen promised, ‘[W]e will be transparent about any problems we run into; and the public and certainly this committee will know about those problems as soon as we do.’ Commissioner Koskinen repeatedly violated that promise.” – 4: “Commissioner Koskinen stated in a hearing on June 7, 2014, that the Internal Revenue Service had ‘gone to great lengths’ to retrieve all of Lois Lerner’s emails. Commissioner Koskinen’s actions contradicted the assurances he gave to Congress.”

Representative Chaffetz said  regarding the first Article: “…when Congress gives you a subpoena, compliance isn’t optional.” He drafted the Articles just days after the Obama Justice Department closed the case on IRS thuggery, declining to file charges of any kind. What a shocker.

The Articles of Impeachment went next to the House Judiciary Committee, led by Chairman Bob Goodlatte of Virginia, which is controlled by republicans and who outnumber the dems, 23 to 16. It would only require a simple majority to pass – but there they sat. This was a year ago and we’ve seen no movement.

And now, almost a full year later, we hear that, “House Freedom Caucus Chairman Jim Jordan and Judiciary Committee Chairman Bob Goodlatte have reached a tentative compromise to postpone a vote to impeach the IRS commissioner, sources familiar with the talks told POLITICO.”

Yes – they waited an entire year for the public to move on and focus on something more important, like the election. What a bunch of spineless weasels! You know darn well this is why they waited to act, or not act. This impeachment is now old news and can be swept away rather easily. Postpone, my aunt Fanny – this thing is killed for good – I guarantee it!

However, there is another reason the Articles of Impeachment will go nowhere. It appears that one of the lead architects of the impeachment “Shutdown” is once again, none other than that low-life swine, Senate Majority Leader Mitch McConnell.

One of the reasons (not a good reason) the House will not pursue impeachment is that McConnell apparently called over and said that the Senate will do nothing regarding Koskinen, regardless of whether the House passes Articles of Impeachment or not.

But what does that have to do with it? The House has an obligation to do their job. What the Senate plans to do should be irrelevant to the House completing its job.

It would be like me assigning the washing of my car to one of my sons and waxing it to the other. When I leave, one turns to the other and says, “I’m not waxing Dad’s car, regardless of whether you wash it or not.” So since the car will not be waxed, it will now not be washed either. Because the Senate refuses to summon the courage necessary to do their job properly, the House feels no obligation to do its job. That’s not at all dysfunctional and pathetic.

Yet, by now we should expect this behavior, as this is what Republicans do. For years they have been talking a good game on the debt and deficits, the debt ceiling, government spending, Obamacare, etc. And every election cycle is always the same line of bullcrap excuses as to why they can’t act on our behalf and behest. “But just you wait until next budget year or election cycle – then we’ll fight for you.” As Mark Levin said recently: “We’re always in the waiting room.”