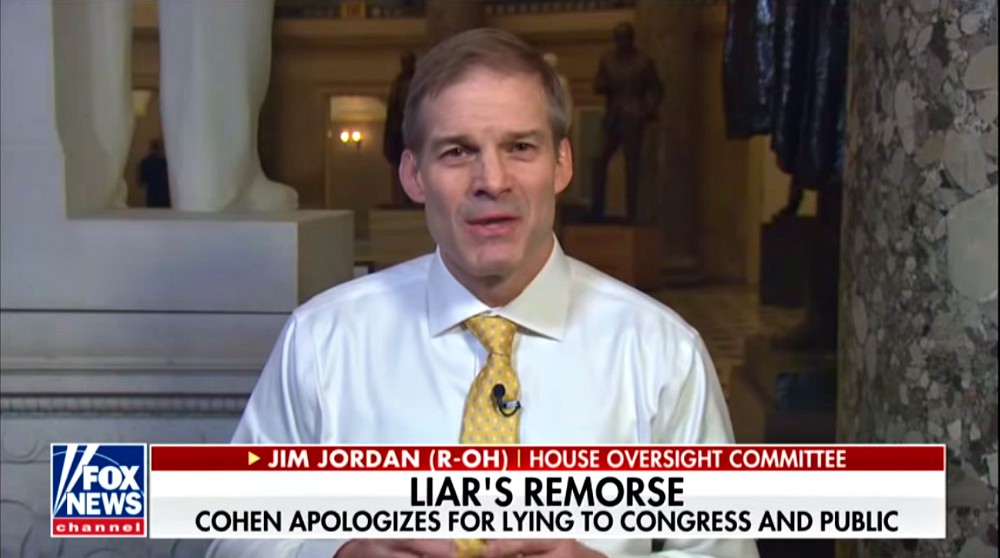 Rep. Jim Jordan (R-OH) had himself a day on Wednesday.

Jordan seems to have gotten disgraced former Trump lawyer, Michael Cohen, to commit perjury (again). He also shamed the Democrat leadership for choosing a convicted liar to be their star witness in a case about nothing.

Jordan opened the day by noting just how historical Cohen’s testimony was, and by historical, I mean historically embarrassing.

"Certainly it's the first time a convicted purger has been brought back to be a star witness in a hearing," Rep. Jim Jordan (R-OH) slams Cummings for Cohen hearing. "And there is the reason this is the a first, because no other committee would do it." https://t.co/4McXejykRV pic.twitter.com/VhHLuoWsEi

Then Jordan got to the heart of the matter with Cohen by pointing out that his behavior was just like every other spurned former employee. Jordan also got Cohen so worked up that he even got him to lie, under oath… again!

And it’s not just me that thinks Cohen committed perjury, again…

Everyone on this CNN panel knew it too.

CNN: Cohen isn't telling the truth when he said under questioning by Jim Jordan that he didn't want a job in the White House.

Dana Bash: "He very much wanted a job in the White House." pic.twitter.com/DK9VevYqIS

Jim Jordan is a superhero. He should be the man running things on Capitol Hill.