“I Could Have Been A Reporter:” My Road Less Traveled Was Summarily Ignored 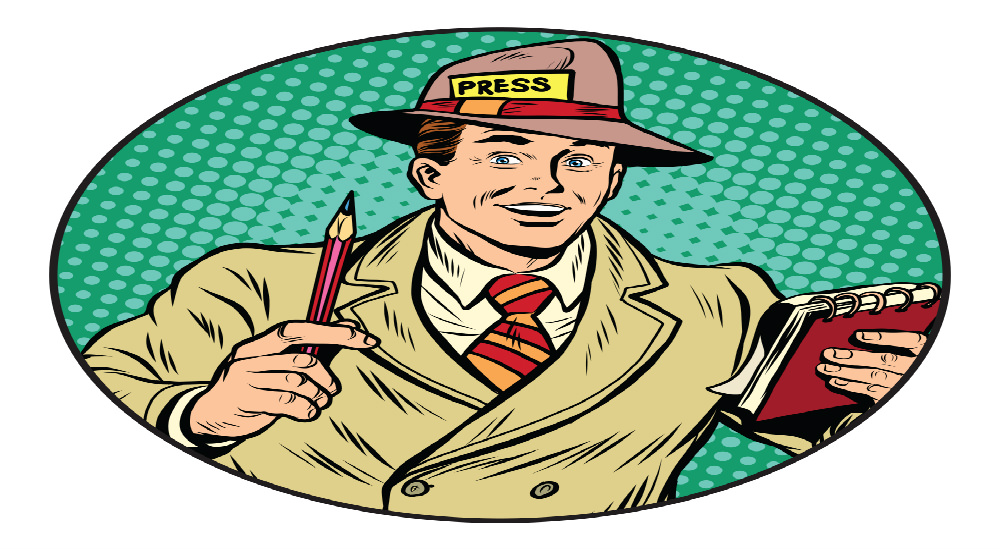 I could have been a part of this fiasco.

It was 1992. I had just graduated from high school and was on my way to the University of South Florida as a mass communications major looking to study journalism. I had spent the better part of high school as an editor and writer for my high school newspaper and I had really found my niche. I wasn’t a popular kid in high school, but I was known in my class as being the “writer” or “reporter.”

However, a funny thing happened to me on the way to that Pulitzer. I gave it all up not long after arriving at USF.

I dabbled a little bit in journalism at USF, writing some columns and news stories for their campus newspaper. I can’t remember exactly when or where it happened, I just remember that it happened.

I found out how much money reporters make.

All throughout high school it never occurred to me to research what the salary was for someone who wrote for a newspaper. When I found out, I was not impressed. In hindsight, I have to say that I am incredibly proud of myself for being that capitalistic and greedy because print media is pretty much hooked up to the respirator. Not to mention, you hear all this whining and screeching from the millennials about how they can’t find a decent job that fits their major so they can pay back their compounding student loans. I could have been the pioneer of that movement.

Now, writing is a hobby. And I’m fine with that.

But this week’s WikiLeaks revelations have really shaken me. Every suspicion that we’ve ever had regarding a bias media is one hundred percent true and completely verified with e-mails from both parties involved. I find myself going back on that timeline, looking back to those hot, sweaty fall days at USF and thinking, “What if I followed through?”

This is an odd “regret” piece. Most people have regrets about their lives of what they “should have” done. I’m actually look at this the opposite way. What if I did follow through with my dreams of being a reporter? Would I just now be a part of this disgusting turn of events?  Seriously, it’s not like I was a football player with a catastrophic injury. I literally saw the paltry paycheck that a reporter made and I quit and walked away. I could have made a u-turn at any time and went back.

Reading about how the Fourth Branch has been in bed with the Democrats and Hillary Clinton for the past few years, going so far as to let them edit stories is like finding out Mickey Mantle was corking his bat. Maybe I had a romantic view of journalism as a pimple-faced pudgy teen in suburban Dunedin, Florida. There was a part of me that like to think that maybe, just maybe, the media wasn’t like that.

You heard the stories, you just didn’t want to believe them.

Our journalism teacher, Mrs. Cain, taught us not only about layout, design, copy, illustration, lead writing, and fact checking, she also taught us about the history of journalism and its importance. There seemed to be certain levels of success that a writer would want to ascend to. I remember admiring the humor of Dave Barry who wrote for the Miami Herald and local writer Terry Tomlin who wrote an outdoor lifestyle column for the St. Petersburg Times. I thought having your own little canvas on a newspaper page was something else, akin to a radio show where you filled the space with whatever you wanted.

We would also learn about the big leagues. Writing funny columns about laser tag (one of my favorite Barry columns ever) was one thing, but what about breaking a story? You think of the Woodwards and Bernsteins who are responsible for literally reshaping the fabric of politics through their reporting of Richard Nixon’s Watergate scandal. That was brave. To take on the federal government and arguably the most powerful man in the world is the stuff of legend. As a sports fan, you dream of getting that hit in Game 7 to win the World Series. As a reporter, you dream of breaking that story of scandal.

And now? Politico is sending the Clinton campaign copies of a story before it goes to press for feedback.

And now? Debbie Wasserman-Schultz is demanding to talk to MSNBC producers because she didn’t like someone’s tone.

And now? There’s video of Wolf Blitzer dancing at the Democratic National Convention in Philadelphia.

The press is now complicit in these sleazy, underhanded dealings. They’re helping with the election; almost like volunteers. The only difference is when they go door to door, they’re leaving a newspaper full of propaganda on the driveway.

I think back to USF and filling in “journalism” as my major on the application. What would have happened if I was a part of this rotten business?

In all honesty, I don’t think I’d be a part of it. I think my personal beliefs would have gotten me mustered out of the newspaper business pretty early on to be quite honest. I could see myself going to my editor with a story about how Obamacare would fail using things like… I don’t know… basic economics as the basis for my story and him telling me that’s not the narrative they’re pushing regardless of the fact that there are decades of economic research showing how it would fail. Then I’d call him a name and get fired… again.

Or more than likely, I’d be interviewing some transgendered person and I’d call them “he” when they’re really a “she” and they’d call the editor and complain about my insensitivity and then I’d try and explain how I’m not used to this new world yet and then I’d get fired… again.

Sooner or later I’d get tired of getting fired and then I’d have to get a real job where I wasn’t a phony. I would have to get a job where I could sleep at night knowing that I didn’t sell my soul to the government so I could sell a few more papers and keep my archaic news medium on life support for a few more years and survive a couple of more layoffs as the job of the true-blue American “reporter” – hero of America, exposer of lies and deceit – was farmed out to some kid who shops at Hot Topic and tweets his stories to the editor with fingers covered in black nail polish.

Hindsight being 20/20, I don’t think the decision would have mattered much. I didn’t have the qualifications to be in the media. It requires a strong stomach to be sell-out and the state of affairs in the country right now makes me downright nauseous.

I wish I could say I’m breaking a big story here, but that’s for a real journalist to do.