A Report Card on the American Household…. We Are Looking Good! 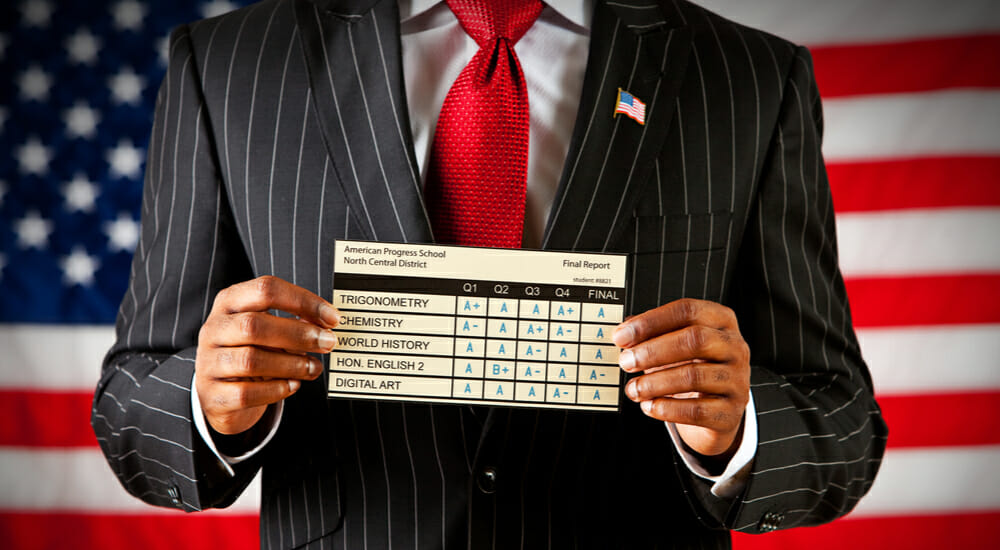 A Report Card on the American Household…. We Are Looking Good!

Consider if you will the past year of activity in the US economy and the sources of economic well-being of the American people, such as jobs, investments, tax cuts and home ownership.   How does all this connect to the American household?   Let’s do a Cliff Notes summary of where we are:

JOBS: In 2017, the economy added about 2 million jobs.    The most recent BLS report (Bureau of Labor Statistics) noted that the national unemployment rate is 4.1%.  More notable:

Interestingly, per the BLS Report, at the start of 2017, there were 11 million+ people working part time, many of whom were seeking full time employment.   In December, 2017, that number declined to 9.5 million, which suggests that a good portion of those “underemployed” in part time jobs were successful in finding full time employment

REPATRIATION: For decades, US companies have accumulated an estimated 3 to 5+ Trillion dollars in profits earned outside the US.   The profits have stayed outside the US because bringing those dollars home would be a taxable event of 35%.   However, under the Tax Cuts and Jobs Act, the funds can now be brought back to the US at the new rate of 21%.    US companies will evaluate the pros and cons of wiring billions of dollars stateside and act in their best interest.  What we do know is that, whatever a company does with these funds, it creates jobs.    Apple alone has a reported $200 Billion sitting in foreign banks.

If large sums of money return to the US, it could add major impetus to the economy and job growth.   How much impact?  It’s an Unknown Unknown since no country in history has ever been in such a position.   Perhaps the closest example of wealth transfer and its positive economic impact would be the shift of wealth from the new world to a half-dozen European countries centuries ago.  It enriched those countries at the expense of the new world, but nothing like this scale.  A second, related Unknown Unknown is what actions the US will take to deal with the biggest tax windfall in history?  What if $5 Trillion dollars arrived in US banks from overseas on February first, representing a tax windfall, using the 21% rate, of $1 Trillion+ dollars?   An important national conversation is coming….

INVESTMENT HISTORY: In 1952, 6.5 million Americans owned common stock, which is 4.2% of the population of that time. This era precedes mutual funds and a variety of investment vehicles that were not available in the 1950’s.  Well, things have changed!

TODAY: In the past twelve months, the Dow Industrial average is up 35%+, representing an increase of $6.5 Trillion in wealth for Americans.  Who benefits?  How about:

Pause and consider the record noted.  The American people, to borrow Karl Marx’s favorite standard, own the means of production.  The most widely distributed ownership of corporate assets in history is right now.   Marx never dreamed of the possibility that the people would be in charge of the productive capacity of the country, but the record is clear.  We the people own America!

First, some key facts about our workforce:

So the average American family is managing its monthly budget with about 60% of gross pay.   Not anymore!   The Tax Cuts and Jobs Act reduces tax liability for over 90% of taxpayers.  Take home pay, after tax income that is the family budget, will improve by $1000 to $4000 per year per family in 2018.  An incredible lift to the family budgets of the American people.

The American dream of owning a home has a long history, perhaps related to owning farms and land in the past.  In 1950, for the first time, America became a nation of majority home owners, with 55 percent of households.   In 2017, home ownership increased to 63.9 percent of households, out of a housing stock of 135 million.   Home ownership averaged 65.25 percent from 1965 until 2017, reaching an all-time high of 69.20 percent in the second quarter of 2004 and a record low of 62.90 percent in the second quarter of 1965.

Net value of homes in the US increased by $2 trillion in 2017, with total valuation of $31.5 trillion.  Home ownership is a vital source of net worth for millions of American families, and this addition of $2 Trillion added value for their investments.   And the numbers of families acquiring homes is on the increase.

In 1984, President Reagan ran for his second term on the slogan: “Are you better off today than you were four years ago?”   On the basis of jobs, the economy, investments, more take home pay per family and home ownership, the American people are better off today than they were one year ago!  America Rocks!