Another Reason to Repeal the 17th! 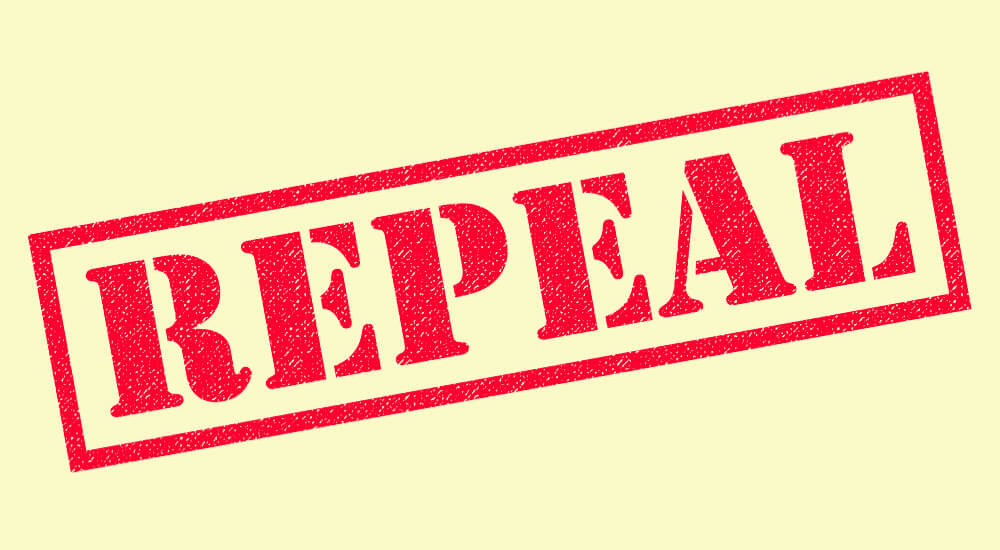 The nominating process of Supreme Court Justices is another reason for repeal of the 17th Amendment!

The current jeopardy faced by the nomination of Brett Kavanaugh to the SCOTUS is in part due to the Press failing in their 1st Amendment obligation to inform the electorate; the Press – at best – is selective in fulfilling its duties. Another contributing part, of course, lays with the University education system whose dominant worldview (ideological) is antithetical to rational processes and inimical to Constitutional Liberties. But, the dominant portion of what is wrong with the nominating process is the We the People vote for Senators… What accountability do Senators that vote today – but may not face their insouciantly uniformed, mercurially constituents for nearly 4 more years; given we are less than 50 days from the mid-term elections? Senators – particularly Democrat Senators – haven’t much difficulty focusing their constituents attention on irrelevancies vis-à-vis the voters actual short, and long-term interests… So essentially Senators – again, particularly Democrats – can act with impunity.

Imagine if Senators were appointed by State Representatives – as they were until 1913 and before the 17th Amendment ratification (the Amendment allowed the direct election of Senators) – what the nominating process for SCOTUS jurists would become… A Senator – immune from voters (and a lynching by the Press) – only needing to satisfy his/her respective State legislatures (and mindful of how tenuous their appointment may be) – could actually scrutinize a nominee (rigorously); not only regarding the nominees understanding of the United States Constitution, but also upon the nominees worldview. This would allow a Senator to ask a potential jurist, for example: “How do you reconcile your advocacy for abortion with the inalienable right to Life?” If a Senator’s respective State Representatives haven’t any objection to such questions, then the Senator could actually probe potential jurists upon what Chesterton claimed (repetitively) was the most important thing to know about a man (human) i.e., their view on everything i.e., their animating philosophy (or ideology).

It is true that a nominee may attempt to hide their view-of-life – which would indicate their tendencies as a jurist – but if the nominating process was conducted largely to satisfy the States and their representatives, such processes would likely become considerably more philosophical… And State Representatives and U.S. Senators (given they’d haven’t any need to spend time fund-raising for re-election…) would be more philosophical and circumspect vis-à-vis their Constitutional roles. Moreover, given the Universities would not be funded by Federal Dollars, they’d adjust to their sources of funding, which would render them considerably less ideological and more market-oriented. Thus, “Women’s studies,” LGBQT…studies,” and other such nonsense would be something only offered – initially – at the most avant-garde State institutions; as society adjusted to the Federal Government receding from mandating State compliance regarding damn-near-everything, such courses would be revealed to be as useful – to the student – as flushing their tuition money in the toilet…

Post the 17th’s repeal, the Press – of necessity – would become more philosophically diverse and more diffused (as opposed to aggregated) and more local to cover the happenings in the 50 States where most legislation which mattered to the State’s citizens was enacted…

Now since those changes would take place – fairly rapidly – the secondary education system would begin teaching American History (wherein the USA isn’t the villain of the story) and the school’s other curriculum courses would become oriented – less in preparation for social-activism and more in preparation for more market-oriented society… And, by-the-by, as these changes took place more and more Americans would tend toward conservatism, and organically develop an interest in ‘securing the Blessings of Liberty for themselves and their Posterity.’