Rep. Cori Bush Blasts White People: ‘They are Taking Over the U.S.’ 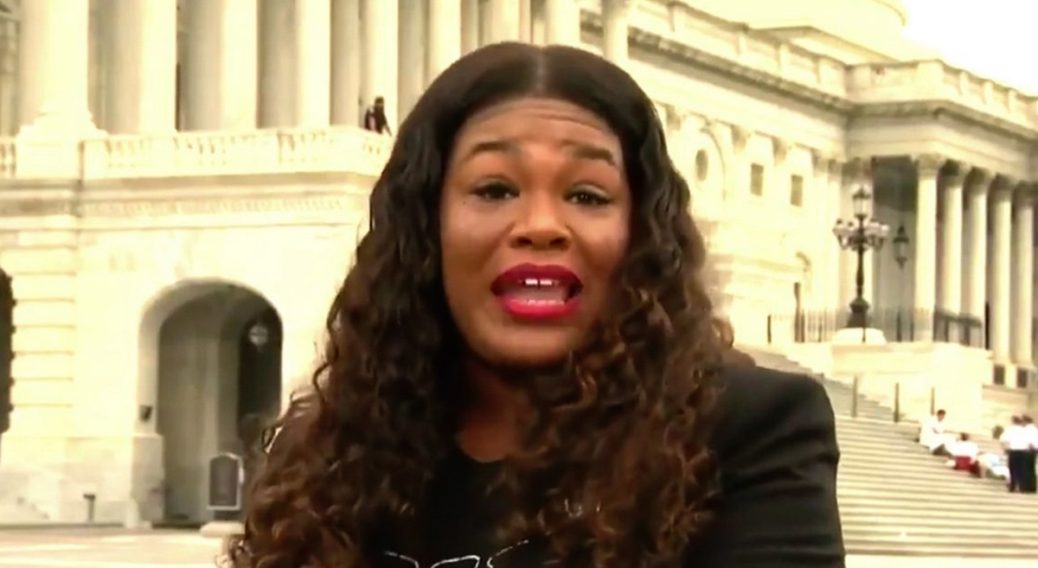 Squad member and Rep. Cori Bush (D-Mo) is one of the biggest hatemongers in Congress, hating whites and Jews both — and getting away with it because the media won’t call her on it.

This week this racist was heard screeching that evil white people are “taking over the U.S.”

Remember when Democrats used to say that America belongs to all of us? Well, now they have “progressed” to “America only belongs to blacks.”

In her latest tweet, the extremist, woke lawmaker said there is a growing “white supremacist movement” both in Missouri and throughout the nation.

“We’re facing threats from a growing far-right, white supremacist movement across Missouri and the country,” Bush tweeted, adding “But I’ve seen the power we hold when we come together. We’ve proven it & we’ll never back down. There’s so much at stake. Let’s continue this work. Together.”

We're facing threats from a growing far-right, white supremacist movement across Missouri and the country. But I've seen the power we hold when we come together. We've proven it & we'll never back down.

There's so much at stake. Let's continue this work. Together. pic.twitter.com/3vAlzeWFEi

Bush doesn’t just hate white people, though. She is also a virulent anti-Semite and so are her accolytes.

This week, for example, it was revealed that a Bush ally said that being Jewish is deserving of “the rope,” said all Jews should be “burned to ashes,” and said “never trust a Jew.”

Ayesh in the past tweeted, “#ThingsWeAllHate Jews,” in addition to “never trust a Jew.”

“I tried befriending a Jew once. Worst idea ever.”

“I want to set Israel on fire with my own hands & watch it burn to ashes along with every Israeli in it,” Ayesh wrote in 2014.

She wrote shortly thereafter: “Once again I want to personally set Israel & all the Israelis in it on fire & watch them burn to ashes. Burn you bastards #IHateYou.”

“I hope I will be alive to witness the death of Israel,” another tweet said.

And Bush has no problem whatever of palling around with this virulent hater.