Remember When: Obama Told Trump to “Stop Whining” because “No Serious Person” believes the Election Could be “Rigged” or Stolen 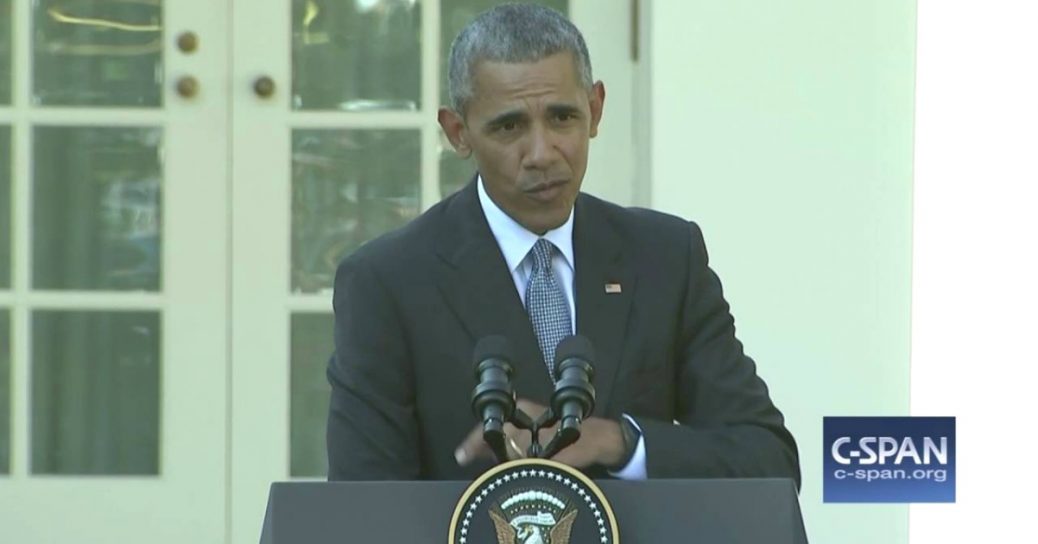 The internet is forever, which means we will always have evidence of the idiocy, and hubris of Barack Obama to look back on with wonder.

As much as the Democrats whine and moan about “stolen” elections, or Russian intervention into the election, you’d think they had been warning us about such things for years.

But the truth is, they hadn’t. In fact, just a few months before the election when he supposedly already knew about Russian interference attempts, Obama was mocking soon-to-be President Trump for worrying about “rigged” elections.

Seriously. RCP has the video and the transcript to remind us:

“There is no serious person out there who would suggest that you could even rig America’s elections, in part because they are so decentralized. There is no evidence that that has happened in the past, or that there are instances that that could happen this time,” the president said to the future president in October 2016.

“Democracy survives because we recognize that there is something more important than any individual campaign, and that is making sure the integrity and trust in our institutions sustains itself. Becasue Democracy works by consent, not by force,” Obama said.

“I have never seen in my lifetime or in modern political history, any presidential candidate trying to discredit the elections and the election process before votes have even taken place. It is unprecedented. It happens to be based on no fact. Every expert regardless of political party… who has ever examined these issues in a serious way will tell you that instances of significant voter fraud are not to be found. Keep in mind elections are run by state and local officials.”

“That is both irresponsible and, by the way, doesn’t really show the kind of leadership and toughness you’d want from a president,” he also said. “You start whining before the game is even over? If whenever things are going badly for you and you lose, you start blaming somebody else. Than you don’t have what it takes to be in this job.”

“And if he gets the most votes, it would be my expectation of Hillary Clinton to offer a gracious concession speech and pledge to work with him in order to ensure that the American people benefit from an effective government. And it would be my job to welcome Mr. Trump, regardless of what he has said about me, or my differences with him, and escort him over to the Capitol at which there would be a peaceful transfer of power. That is what Americans do. That is why America is already great. One way to make it less great, is if you start betraying those basic American traditions that have been bipartisan and have helped to hold together this democracy now for well over two centuries.”

“So I’d advise Mr. Trump to stop whining, and go make his case to get votes,” the president said strongly.