Remember When Musicians Were Uniters? 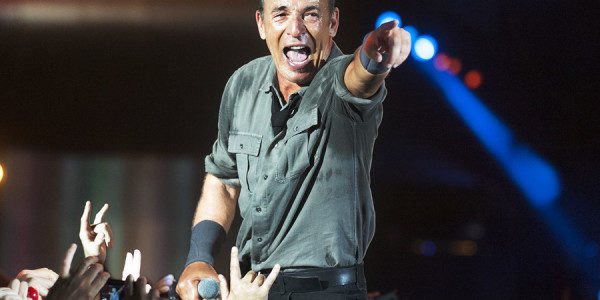 I miss the Sixties and Seventies. Those were the days when musicians didn’t just sing words like “All You Need is Love”, “We Can Work it Out”, or “Give Peace a Chance”, they believed it. They believed the role of music and musicians was to spread peace, love, understanding and tolerance. “Harmony and understanding, sympathy and trust abounding”, sang The Fifth Dimension. “Let’s get together and feel alright”, urged Bob Marley. The dulcet tones of Joni Mitchell assured us “we are stardust, we are golden”. They believed it. We believed it. They inspired us. We felt connected.

How did the world change so dramatically to the situation we have today with musicians leading the charge in hate speech and vilification of people with whom they disagree? Accusing people of hatred and then indulging wholeheartedly in the same thing. The name-calling and loathing that pours out of musicians today, makes it impossible for me to listen to their old songs with the same enjoyment and nostalgia.

I used to love Crosby Stills & Nash. Their harmonies lifted my spirits. Along with the Beach Boys’ Brian Wilson, Graham Nash’s tenor and harmonies made me feel like sunny days would never end as they sang about good vibrations and “rejoice, rejoice”.

Recently, I saw Graham Nash being interviewed by talk show host, Tavis Smiley. Graham came across as angry, self-righteous, full of disdain for anyone who didn’t agree with his way of thinking. He seems so certain about his superiority, he doesn’t hesitate to chastise and lecture us. Graham said he “thought” America was a democracy, but it is not, because the Electoral College has twice had a hand in electing an American president. Graham fails to grasp the genius of our Founding Fathers in making sure all Americans participate in our democracy and have a voice in the elections, not just the densely populated states, hence the Electoral College. Graham, you said you were ready to start living for yourself. May I suggest you take a look at those old Hollies videos. You smiled, you looked happy, you seemed grateful for your life. Some of the lyrics may have been inane, but you put out good energy. Now that your lyrics are “meaningful”, you are a royal pain in the rear.

Then there’s Bruce Springsteen, champion of the working classes. But maybe only coastal liberal working classes, since he derides the choice of the working classes of America’s heartland, who voted for Trump. Bruce says they are bound to wake up and find they’ve been duped. What incredible arrogance to say you know these voters will regret their decision. Looking out for them from the vantage of your ivory tower, are you, Bruce? “The road of good intentions has gone dry as a bone,” he sang. You’re right Bruce, it has. Your fans with hungry hearts have watched their share of the American Dream fade with the false promises of hope and change that made the working and middle classes despair that they would never get their share of the American Pie. Your millions afford you the luxury of living in the realm of utopian fantasy, while your struggling fans exist in the day-to-day reality of making ends meet. You’re out of touch with your fans’ lives, Bruce. The ideology you espouse is obsolete, mired in political and social systems that have failed the world over.

The Daily Beast reports Elton John suggested Trump ask the “f***ing country stars” to perform at his inauguration. Really? That’s how he feels about fellow musicians? Is that what “good old country comfort in my bones” feels like, Elton? What a con. Writing words to appeal to an audience base you despise, but whose money you’ll gladly take.

A shout out to Sweet Baby James. What happened to showering the people with love? You’ve seen “fire and rain”, yet the experience doesn’t seem to have opened your heart much. It hasn’t stopped you from name-calling, labeling President-Elect Trump as “Mussolini, all puffed-up and self-absorbed”. That’s a laugh coming from you and your fellow musicians who are the ultimate expressions of self-absorbed and puffed up with your own importance. Take that walk down a country road, James. It just might help you get back in touch with tolerance and understanding. “There ain’t no doubt in no one’s mind that love’s the finest thing around. Whisper something soft and kind”. You wrote those words, James. Remember?

Andrea Bocelli won’t sing at the inauguration of Donald Trump because Bocelli’s fans threatened to boycott his music. How must Andrea feel knowing his fans are hate-filled bullies who used threats to get him to do their bidding? I wish Andrea had the courage to tell them to take a hike. Surely he’s made enough money that he doesn’t need to kowtow to their dictates? I’m still listening to Andrea’s music, but I wish I didn’t know that behind that soaring voice is a man who caved to threats by cyber bullies and intolerant hatemongers.

I’ve been checking with family and friends in Australia for the past few weeks to see if there’s any news about where Barbra Streisand will be purchasing her new digs. Barbra, along with Cher and others vowed to leave America if Trump got elected. Well, he got elected, yet they’re all staying put. That’s what living in a sycophantic bubble will do to you. It makes you think you matter when you don’t. It must be sobering to discover America couldn’t give a hoot if you stay or leave.

Yes, I miss the Sixties and Seventies. Those were times when diversity of thought was just as important as diversity of culture and musicians didn’t feel they were superior to the rest of us because of their fame and fortune. I wonder which musicians from those decades will have the courage to step forward and say “enough is enough. It is time for our nation to come together once more because this land was made for you and me”.

United we stand, divided we fall, and if our backs should ever be against the wall, we’ll be together, you and I. – Brotherhood of Man