Religion and the Presidency 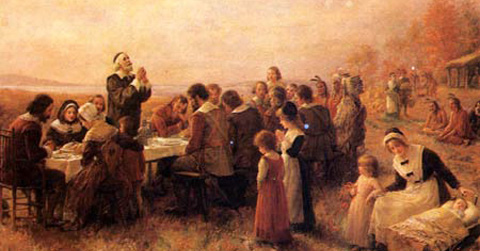 Short version. The country was founded on religious freedom. Four colonies Massachusetts, Rhode Island, Pennsylvania, and Maryland. Different denominations, all Christian. No state church like Church of England. Belief in God and Ten commandments. Most of the presidents  came from  old line churches steeped in ritual. Evangelicals the point is preaching  and spreading the word of Christ. Since the founding of the country there have been many church  splits creating many denomination, but still Christian. Other religions began to show up/ Splits occurred  over differences like slavery or when people felt the message of Christ was not being followed.

Presidents have run the spectrum of individual beliefs. Some  kept it private, while others were vocal to various degrees. They did not challenge the history of the country. They believed in the Ten Commandments. They had their own beliefs but did not create their own denomination or religion. To day some people cherry pick the doctrines of the denominations but few mix different religions. The gay or homosexual issue has split churches and religions.

Some people preach the love of the Christian without mentioning repentance and saving  grace. For most evangelicals keeping the commandments still have to be followed. There is still a matter called sin.

Obama had Muslim influence as a child. He said he was converted to Christianity. Does he follow the tenets of  either religion or both plus his own thinking. Has he created a religion unto himself? What do his actions as President show? Gay rights, institution of marriage, handling of the Muslims, rights of women, immigration, ruling by executive order.

Is Hilary following  the teaching of John Wesley the founder of the Methodist Church? With her numerous contacts has she been partially  converted to another religion? Look at the people that have been part of her staff. Look who has donated to the Clinton Foundation,

Many evangelical churches have separated from the Methodist church. For Hillary power is everything, religion could be major or no part of her. Ask the same questions of Hillary that you asked Obama. Just because at one time a Methodist, she can still fall from the will of God, other people have and still do.. Teaching  Christian love without repentance is false teaching, for all have sinned and come short of the  glory of  God.

Trump might not have the best background  for some Christians, but be better in protecting their rights. Some people know  what the right thing to is even if they haven’t done it. Actions speak louder then words.   Some people have high moral values, but with Christians it should be a  high priority. Which is worse messing yourself up or the country? Look what Hillary has messed up and the cost of what she has done.