How Do We Regain The Rule Of Law? 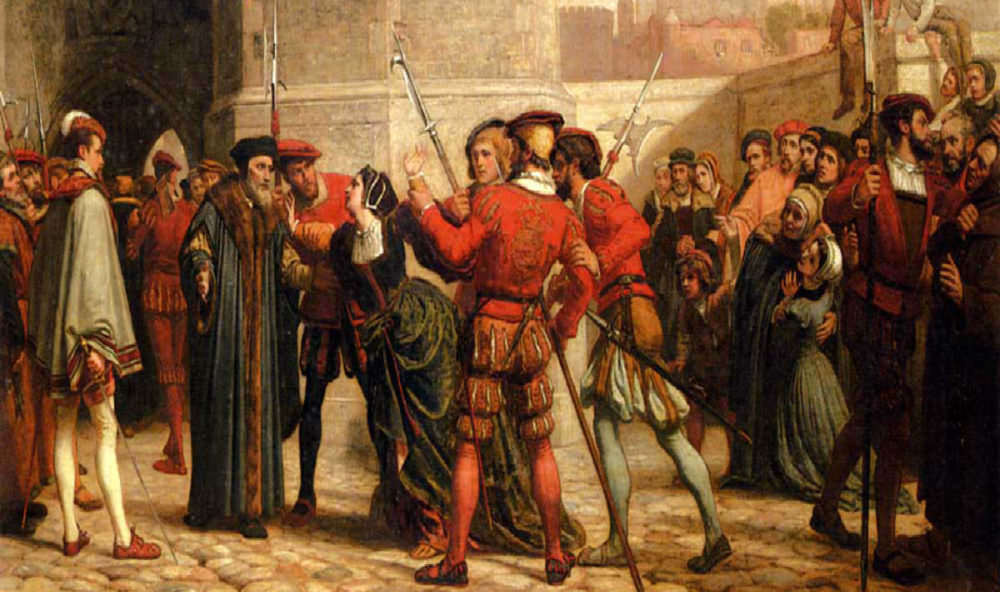 William Frederick Yeames, The meeting of Sir Thomas More with his daughter after his sentence of death, 1872.

In his historical play A Man For All Seasons, Robert Bolt compares English law to a great forest, or woodland.  The law is about to be violated flagrantly by King Henry VIII.  One man, Sir Thomas More, refuses to give his assent.  Here are More’s famous lines defending the law.

Sir Thomas More: … What would you do? Cut a great road through the law to get after the Devil?

William Roper:  Yes, I’d cut down every law in England to do that!

Sir Thomas More:  Oh? And when the last law was down, and the Devil turned ‘round on you, where would you hide, Roper, the laws all being flat?  … do you really think you could stand upright in the winds that would blow then?

The Trees Are Down

The Trees Are Down

The winds are howling

The trees are down

And who but The Donald

Can replant so fallen a wood?