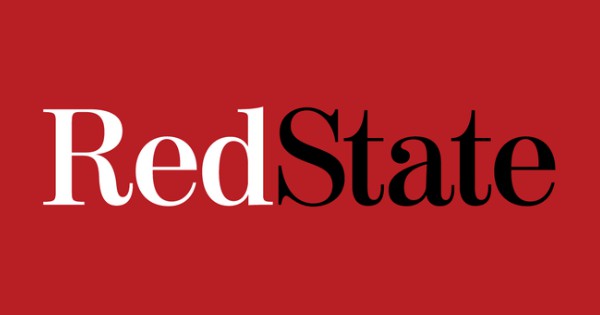 We can’t be sure what is going on in Washington, DC that is; because liberal firebrands like Senator Jeff Flake can appear on Bret Baier’s Special Report at Fox News masquerading as a conservative without push back, can write a book Red State takes seriously titled: Conscience of a Conservative, and can have a Red State article written about him titled: Senator Jeff Flake’s Commonsense Call To The GOP To Face Washington Dysfunction.

Perhaps Bret Baier exuding Fair and Balanced can be given a little slack for not pushing back when Flake labeled himself a Conservative. But Red State? After all their caterwauling accusing President Trump of being anything and everything but a Conservative? At least Trump and conservatives are headed in the same direction. Though their compasses are very different they conceptually end up at the same destination. Such has not, cannot be the case when combining Flake and Conservative.

Direction is very important, the path not so much. At a recent fiftieth year high school reunion we noted the same direction we had traveled to arrive in the same room in the same corner of the country at the same day, hour, and year. We also noted we had all arrived there by very different routes, at various velocities, in quite dissimilar condition from each other. Fortunately, not unexpectedly, all of us were very happy to be present with each other in that moment.

Just saying in seven and a half years Conservatives and Trump will hopefully gather to enjoy a similar reunion in January of 2025, when both his terms of office are completed. We expect some reunion crashers will show up, those taking credit for Making America Great Again, while all the time they rebuffed commonsense solutions and voted with liberals 47% of the time, on the most crucial votes for Conservatives. That’s what Conservative Review currently gives Flake as his Liberty Scorecard rating, 53%. He shares the eighteenth from the bottom spot with Senators Dan Sullivan and Pat Roberts. Twenty-four senators are ranked above him, twenty-three below him.

Additionally take note of Craig Bannister’s article at CNSNews yesterday, August 1, 2017: Brent Bozell III: ‘My Father Would Be APPALLED’ by Jeff Flake’s ‘Conscience of a Conservative’. His article begins by quoting Brent Bozell III, “Jeff Flake is not a conservative, nor does he have a conscience.” Readers are reminded of a runaway best seller by the same title that featured a real conservative, Senator Barry Goldwater. Bozell further accused Flake of trading on the book’s title, a book commonly recognized as ghost written by Bozell’s father, which helps explain Bozell’s passion for exposing Flake as a fraud at this very moment.

What explains Red State’s repeated and Baier’s one-time confusion regarding Conservatives? About who is really deserving of the moniker? Perhaps the answer is inherent in the origin of the terms themselves. So let’s go back to 1776, with a little help from a dictionary published in 1828, to discover why some in the media and the political class are so Conservatism Recognition challenged. Let’s begin by asking, “What was the Conservatism-Liberalism divide like, back in 1776?

There wasn’t any [divide….] There was no conservatism or liberalism. At least it looks that way. Noah Webster’s First Edition published in 1828, neglected to include either word: conservatism or liberalism. Makes one wonder. What was all the fuss about during the first congress: the arguments, the great compromises; if there were no conservatives and liberals to do the fighting. Nonetheless it’s reported the fledgling legislators were sufficiently nonplussed, so much so they resorted to prayer.

Here is the Noah Webster’s Dictionary, First Edition definition of conservative in 1828:

CONSERVATIVE, adjective Preservative; having power to preserve in a safe or entire state, or from loss, waste or injury.

That’s it. Done. If there was a conservative he resembled a machine with the power to dry food, such as the kitchen appliance Ron Paul advertises. No richness, no depth, no mystery, nothing laudable. No grand or inspirational message. No history. Like Spam served off an Iron Chef’s grill, a conservative would spend the rest of his life fretting, “finding himself.” Basically, according to Noah Webster, [we can say] today’s conservative lacks pedigree.

Now. Webster’s definition of liberal in 1828 is an entirely different story. Accused of being a liberal in that day, the lucky dog would have had a wealth of information to go on, practically an encyclopedia of shades of fine meaning, potent with grandeur and nuance:

1. Of a free heart; free to give or bestow; not close or contracted; munificent; bountiful; generous; giving largely; as a liberal donor; the liberal founders of a college or hospital. It expresses less than profuse or extravagant.

2. Generous; ample; large; as a liberal donation; a liberal allowance.

3. Not selfish, narrow on contracted; catholic; enlarged; embracing other interests than one’s own; as liberal sentiments or views; a liberal mind; liberal policy.

4. General; extensive; embracing literature and the sciences generally; as a liberal education. This phrase is often but not necessarily synonymous with collegiate; as a collegiate education.

5. Free; open; candid; as a liberal communication of thoughts.

6. Large; profuse; as a liberal discharge of matter by secretions or excretions.

7. Free; not literal or strict; as a liberal construction of law.

Liberal arts, as distinguished from mechanical arts, are such as depend more on the exertion of the mind than on the labor of the hands, and regard amusement, curiosity or intellectual improvement, rather than the necessity of subsistence, or manual skill. Such are grammar, rhetoric, painting, sculpture, architecture, music. etc.

Liberal has of before the thing bestowed, and to before the person or object on which any thing is bestowed; as, to be liberal of praise or censure; liberal to the poor

Anyone reading that lengthy definition will find himself or herself in it, somewhere. Just take a moment, allow the wealth of a liberal to soak in awhile: [Latin liberalis, from liber, free. See Libe.] Liberal, perhaps descended from a Latin lover. Apart from definition number 6: having something to do with discharges, secretions, and excretions (every definition from a fine family has its one black sheep) a liberal is just about everything an American could ever want to be, especially when compared to the other guy over there all about preserving himself.

Ever wonder why conservatives never had a chance? Why they imagined they were really accomplishing something the fifty times they circled their wagon to repeal healthcare? Would someone named Dufus or Goober have had a chance either? Who would take the argument, promise, or threat from a Mr. Dufus or Mr. Goober seriously? Part of the problem is the conservative moniker. It was not earned, the hard way. It was gifted, perhaps re-gifted to its unfortunate recipients by people who had great disdain for private property rights and national sovereignty, by people that wanted the word liberal applied to themselves so they could mangle it to bring true their every Utopian dream.

The term liberal exudes liberty, along with other themes, good and bad, but mostly great: munificent, bountiful, generous, not selfish, embracing, free, open, candid, large, not strict, not low in birth…. Who doesn’t want to go to that party! How does today’s liberal go about championing his own definition of being? Well, he can just be his self. No contortions, nor self-loathing needed.

With so little to go on, regarding what it really means to be a conservative, it’s not surprising Red State a few short days [two months] ago published a piece by Joe Cunningham: Is Conservatism’s New Philosophy Just Straight Up Chaos? Cunningham’s take: Conservatives have foolishly latched onto a disruptor who favors chaos over conservative principles and ideals. He characterized President Trump and his administration as near lunatic, unstable, inconsistent, insane, bipolar, and thin-skinned. It’s Trump’s manhood at stake and Trump is doing what he must to keep himself virile.

Except, Cunningham’s description of Trump’s faults and motivations perfectly describe conservative outcomes in government, our economy, and our culture, to a tee. Which is why when an adult showed up many conservatives became unhinged, resorted to projecting upon him their own faults and reasons why everything they attempted resulted in chaos: disruptions without purpose or resultant form or reason.

For chaos can result both from disruption and from carefully laid plans that go awry. Conservatives can produce chaos by careful planning as easily as big government central planners can and have. Venezuela was not the product of a disruptor, but was the product of the careful planning of individuals much like Paul Ryan, Mitch McConnell, Nancy Pelosi, Harry Reid, and Chuck Schumer. More people are under their umbrella than just those five individuals, including most every member of the House and Senate ready to both repeal and replace Obamacare.

Not all disruptors are equal. Some disruptors, those of Trump’s caliber, can achieve far more than conservatives ever will, who insist upon reaching across the aisle, who evidence they are more worried about 2018, 2020, and 2022, who are more worried about being a “true” conservative than about being the lovely, wholesome liberal today’s liberal can never hope to be.

Selah – Pause and think about that one.

[A major portion of this article, titled 1776: Conservatism and Liberalism was published at https://www.timetravelpundit.com on 6/2/2017.]