The Reasons behind North Korea’s Belligerence 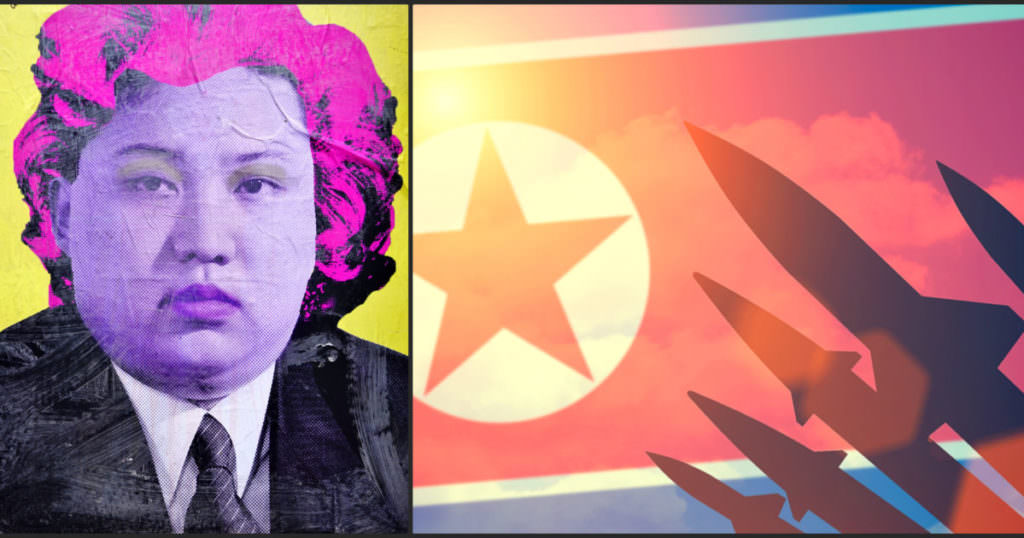 North Korea’s ruthless dictator, Kim Jung Un, is threatening the world with his brazen attempts to cow the United States, Japan and South Korea with his nuclear weapons program. Why? Are his histrionics for domestic consumption, IOW Kim’s version of the tried-and-true, tail-wags-dog sort of nationalism that every nation feels when threatened, only used by Kim as a means to improve his domestic popularity? Or is it Kim who feels genuinely threatened by outsiders and wants to make it clear that destroying as much as he can is the price for removing him? Or – as it’s increasingly popular in America to label others whom they don’t understand or with whom they disagree – is Kim simply crazy?

I suspect none of these explanations captures it all. Rather I suspect (admittedly from limited evidence) that despite elements of the above rationales being in play, the core reason for Kim’s bellicosity is that he’s working to advance China and Russia’s goals.

What ends might Kim serve for China? China is seeking to establish itself as the preeminent power among southeastern Asia nations and on the seas in that key region, supplanting the United States. Its goal is to expand its sphere of influence so that Australia, Japan, Taiwan, Hong Kong, Singapore, Thailand South Korea and others won’t dare sneeze absent permission from Beijing. China has demonstrated this intent in several ways, namely building a military airfield on an artificial island east of Vietnam (far from China) as well as continuing to press Japan regarding long-standing territorial conflicts over other islands. And, of course, without the United States, Taiwan would likely fall as an independent nation — a goal China has had for more than a half-century. In other words, China is using North Korea as a proxy in its efforts to disrupt U.S. relations with numerous key allies in the region — extending all the way to India.

What ends might Kim’s activities serve for Russia? Russia clearly would like to divert attention and opposing resources away from the West’s attempts to counter Russian aggression in Ukraine and Syria as well as advance its steady attempts to subvert NATO. In particular Russia would like to re-establish de facto political hegemony over the Baltic nations – nations that the USSR essentially owned in the 45 years following WWII.

What evidence is there for my thesis? In the case of China, exports from China to North Korea are up 40% year-to-year since last year. The trucks used to haul North Korea’s ICBM is Chinese. Thus it hardly seems as if President Xi Jinping is fulfilling the hopes President Trump had for him with regard to pacifying Kim, but as Trump rightly admits, “we had to try.” What evidence out of Russia? Not much direct evidence, but for Putin, using Kim seems an obvious and cheap way to advances Putin’s imperialism in terms of Europe, Syria and Ukraine.

I hope I’m wrong – although what I laid out is arguably a better scenario than if Kim is actually insane. (Tertiary syphilis perhaps?). Indeed, with all the domestic problems left by our most recent presidents, we don’t need a new Cold War. But after eight years of Obama backing down over and over on nearly everything that protected America’s international interests, our opponents are energized. As Americans we must re-learn that America’s future will likely not end with a bang caused by Kim or anyone, but more likely by feckless meekness — instead of seeking to re-engage other nations to seek a renewed Pax Americana. Despite his isolationist campaign rhetoric, Trump’s recent speech in Poland suggests he understands that American leadership is the only realistic path to making America great again. Too bad most Democrats are blind.