What is Really Going On with the Comey Show Trial? 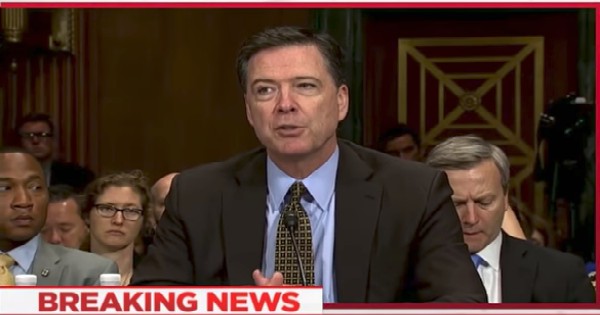 Recently fired FBI Director James Comey failed to land the knockout blow in his live testimony today before the Senate Intelligence Committee that liberals and anti-Trump “conservatives” were hoping for, but his testimony and the nonstop coverage of it illustrate what is really going on here.

Since the day Trump was elected, the Deep State has been engaged in a blatant soft coup attempt with the enthusiastic assistance of the lickspittle mainstream media and a combination of willful shills and useful idiots on social media. (They were after him well before he won the election, but at that point it would not have technically been a coup attempt.)

This is the issue, not Trump’s faults and failures, whatever they may be, whether you like it or not. I see too many people and outlets whose political priorities would not be well served by the final victory and permanent entrenchment of the regnant ruling class ideology countersignaling Trump and hand wringing about this or that concern. This contributes to the overall hostile narrative that the enemy is attempting to foster.

Focus please. What is at stake here is nothing less than the ability to dissent at all from elite consensus, globalist, uniparty, neoliberalism. On immigration. On trade. On foreign policy. On the multicult fairytale.

Anyone who does not see this is either blind or willfully looking the other way. Whether you are a conservative who really cares about conserving the Republic, or you are an authentic liberal who opposes the reigning neoliberal world order, or you are a radical centrist who bucks the stand pat elite consensus, you need to fight the real enemy in the war that the other side is bringing instead of fault finding the guy who, for better or for worse, represents this dissent. We can hash out the details once the enemy has been defeated and the right to dissent ensured.

Do not treat this Establishment hissy fit as legitimate inquiry or concern because it is not legitimate. It is an Establishment coup attempt by means other than military (at least so far). Relentlessly call out what they are doing. Relentlessly call out the forces they represent. They are not interested in a fair and legitimate debate. They want the ability to dissent in any meaningful way destroyed. Do not treat them as is they are arguing in good faith. They are not arguing in good faith.

There is a battle underway for the soul of this country. Do not be fooled. You are either fighting the battle that is actually before you, or you are arguing on the sidelines. The enemy gets it. So must we.