Realizing Democrats are Domestic Enemies Makes Them Easy to Understand 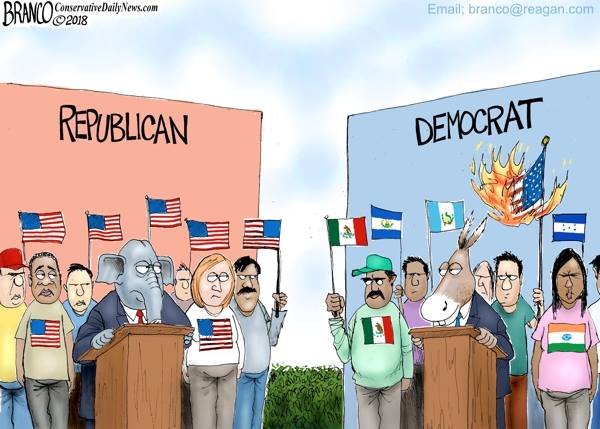 Why do Democrats always believe that Republicans would use the Intelligence agencies to illegally spy on Americans when they are supposed to be spying on foreign enemies?  Because that is how they use them.

Leftists have the hearts of thieves and the honor that goes with it, projecting their values on the good people they oppose regardless of the honor and virtue of those people.  When they are caught in the act of violating the law by spying on fellow Americans they behave exactly as criminals do when denying that’s them in the video robbing a 7-11.  Their duplicity and psychopathy would be comical were it not so deadly dangerous.

This is a war between America, land of the free, with the globalists of the Left.

In how many ways are Democrats stealing from honest, patriotic Americans?

Democrats no longer represent honest, working, patriotic Americans.  They represent every hateful, bigoted minority group that hates Americans be they Christians, Republicans, conservatives, heterosexual, or people of European descent.  They perpetrate their lies by breeding ignorance in people who live in denial of the truth.

How do you negotiate or compromise with such people?  You don’t.  You always have three choices in life; agree, disagree, or abstain.  You either choose to endorse something, reject it, or sit on the fence undecided.  When it comes to choosing right and wrong there is no halfway.  If you are half wrong, you are still wrong.

California Democrats Ready to War Again to Keep Their Slaves