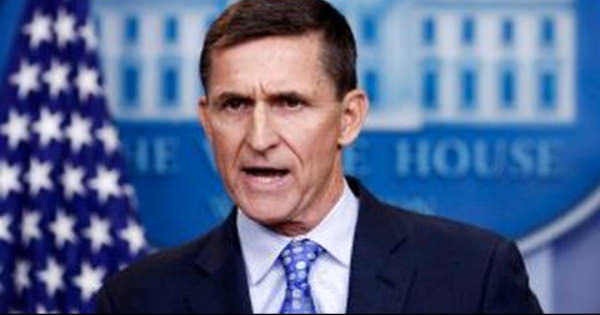 Pres. Trump’s National Security Advisor, former Gen. Michael Flynn, was moved to resign because he engaged in unethical communications with a Russian official as a private citizen. This is an apparent violation of the Logan Act of 1799, meant to keep private citizens from gumming up international relations between the US and other countries. It is reported that Flynn deceived Vice Pres. Pence and that Pres. Trump eventually asked for Flynn’s resignation.

Democrats, seething over this story, say they are upset because of the national security implications. FOX News’ Sheppard Smith – a Leftist so far from being “fair and balanced” the words curdle coming off his lips – is thumping the scandal drum; fueling the quest of the establishment political opportunists to entangle the Trump Administration in a “Russian Scandal” meant to damage Mr. Trump’s reform agenda.

In reality, the Democrats are enraged because Vladimir Putin didn’t respond with action against outgoing Pres. Barack Obama’s sanctions, which were imposed because of a perceived skewing of the US election to Donald Trump through Russian interference.

First, anyone who believes that the Russians don’t routinely attempt to skew the results of elections in the United States is living in an information deprived fantasy land. Without doubt they didn’t live through, or were aware during, the Vietnam protest era when Communist and Socialist forces –masquerading as anti-war protesters and financed by both the Chinese and the Russians – absolutely influenced the outcomes of elections.

Secondly, we, as a nation, must always operate believing that nefarious forces are trying to skew our elections. It is for this reason that it is the duty of every American to vet disinformation (read: fake news) and to seek the truth beyond the babblings of the mainstream media. It has been proven time and time again that the mainstream media has – both purposefully and unwittingly – carried the water for those who would seek to influence the outcomes of elections.

More important in all of this is the reality that Flynn’s contact with the Russian official literally saved the United States from retaliatory action by the Putin Regime meant to counter Barack Obama’s reckless imposition of sanctions.

From the moment it became apparent that Hillary Clinton was not going to win the presidency, Democrats and Progressives desperately attempted to advance the false-narrative that Vladimir Putin and his regime were to blame for her demise. It wasn’t that the country had finally awakened from their love affair with a Socialist and self-serving Clinton empire; it had to be the Russians who stole the election, delivering it to a Putin ally, Donald Trump.

It took little more than a discussion between Flynn and the Russian official to reiterate the fact that the Trump Administration was not inclined to come to confrontation with the Russians, as the Obama Administration has hoped, to avoid international conflict. For this, Gen. Michael Flynn was forced to resign. For this, Democrats are celebrating Flynn’s demise.

Democrats insist in an overt consternation, that Flynn violated the Logan Act. But each of those howling today were noticeably silent when then-Senator Barack Obama went to Egypt and Germany, among other places overseas, and telegraphed his intentions for the direction of American foreign policy. The result of those speeches was the Arab Spring, which has claimed more lives to date than all of the more recent military conflicts in which the US military has engaged.

Flynn’s actions prevented confrontation and Obama’s was the genesis for bloody confrontation. Flynn had to resign because of an 18th Century law most irrelevant to today’s reality, and Obama was elected to two terms. Democrats and Progressives vilify Flynn while they disingenuously attempt to lionize Obama.

Technically, Gen. Flynn may have transgressed the Logan Act, but his actions resulted in an avoidance of conflict with a world power. Meanwhile, Flynn’s resignation has delivered to the political opportunists of the Washington establishment exactly what it sought, a hollow man scandal to thump for the next four years.

It’s called taking a page from the opposition’s playbook. We have learned over the last eight years that their tactics work.