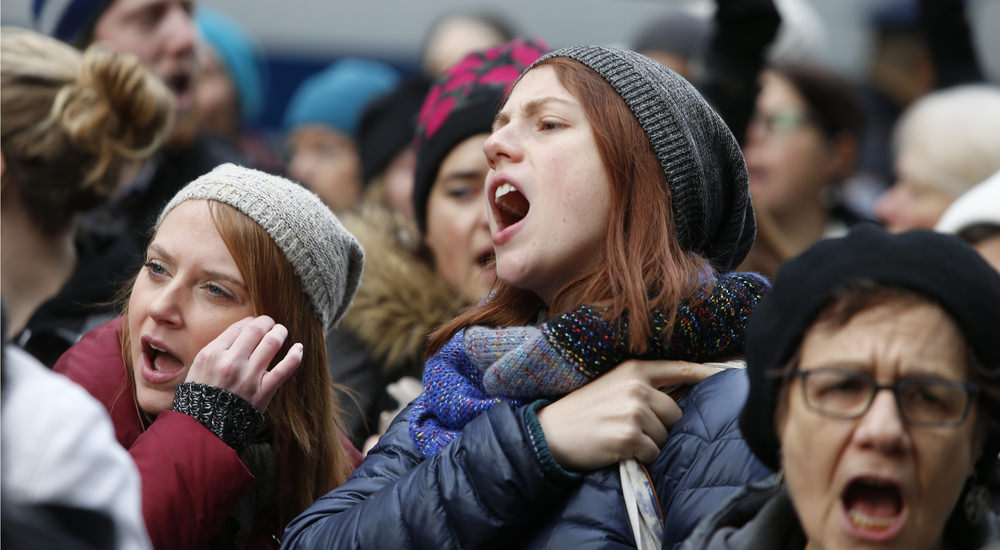 “I was an unmitigated nuisance … by that time I was nearing the end of my schooldays, which I look back on as the most completely wasted and mischievous part of my life.” – George Bernard Shaw, Irish playwright, awarded the Nobel Prize in Literature in 1925

In this generation, perhaps there’s nothing more troubling than the befuddled thinking of young progressives. Unfortunately, examples are everywhere. In “Calexit” California, the state university in Los Angles embraces segregated, black-only housing. Not to be outdone, in lily-white Pennsylvania, Elizabethtown College’s Democrats wear a 21st century version of the Scarlet Letter: plain white puzzle pieces publicly proclaiming their imaginary genetic solidarity with 19th century slaveholders. Now, at the University of Wisconsin-Madison, the left’s political fun house finds expression in clown car antics there. These snowflakes demand free tuition for all black students due to their wrongheaded claim of “systemic racism”. So, is the rational to believe that prejudice is magically solved by promoting new race-based discrimination?

In America of 2017, the belief in deep-seeded societal bigotry is utter hogwash! Why do these millennials pretend to live in an antebellum time warp? Recall, slavery ended with Abraham Lincoln in 1865: 152 years ago! It’s idiotic to ignore the reality that our culture has radically evolved for the better since then. Today, the celebration of diversity—and tolerance of differences—is widespread.

Specifically, this modern trend was seeded by the 1960’s Civil Rights Movement. Indeed, the effects of those policies have germinated in our society for over 50 years. Don’t the clear results of those strides count for anything? Apparently not to these collegians with their petulant demands and polarizing behavior.

Remember, any human society is inherently imperfect. Therefore, human conflict based upon dissimilar perceptions will always exist. Yet, these students’ militant insistence on race-based unequal treatment—in the name of Orwellian fairness—is beyond bizarre. It’s equivalent to proclaiming peace while actively making war. These hysterical know-nothings imagine an external enemy: a psychological projection of their own youthful ignorance.