The Real Game of Thrones 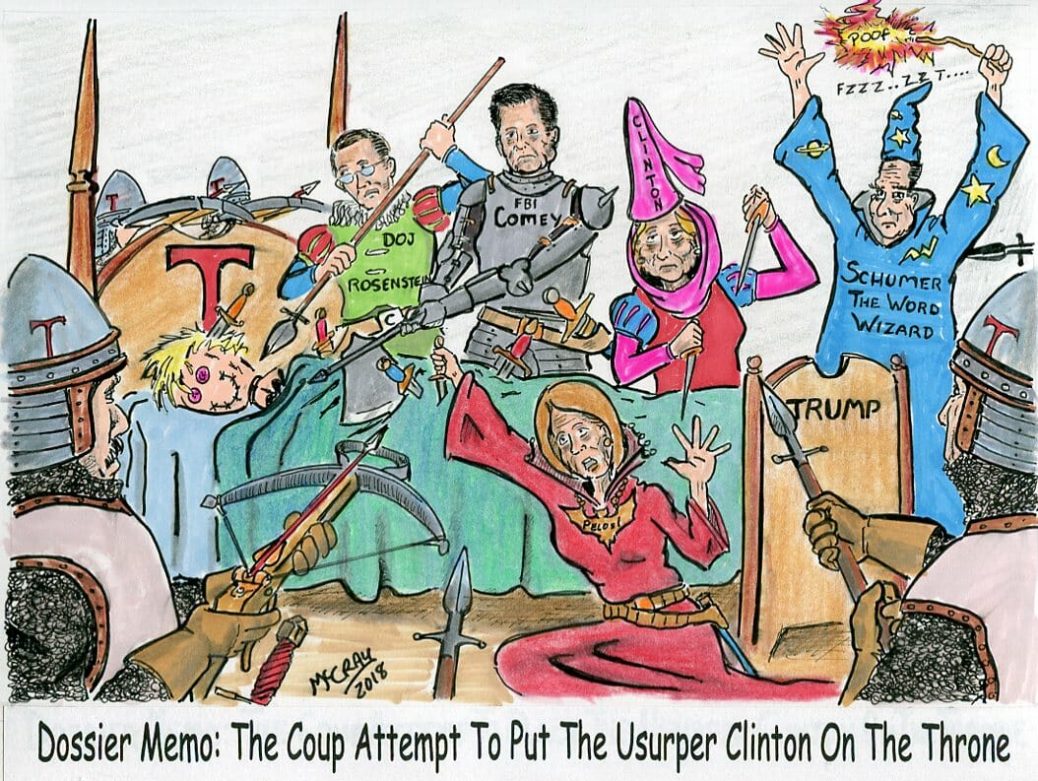 The release of the fabricated Trump Dossier is the first shoe to drop, the next one will be the Inspector Generals Report.

The IG Report will most likely will be the most damning, with focus on the activities and behavior of the leadership at the Department of Justice and Federal Bureau of Investigation.   This was nothing more than a Coup attempt by the establishment insiders, who could not stand the thought of an outsider such as Trump, could be the President.

They have been running this country from behind the scenes for years, and the actions of Past President Obama to use these two agencies as a weapon put the country on the edge of being a police state.

The actions of those involved are at best Treason, it’s time for the AG Sessions to set back in and bring charges, if Sessions doesn’t he should be replaced.