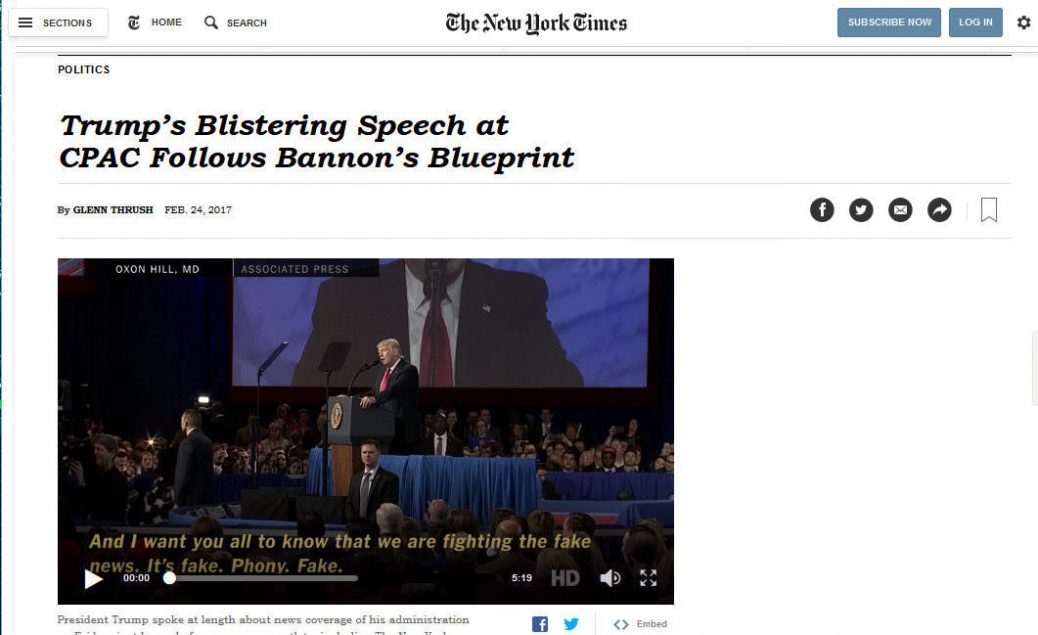 The eruption of furor over “fake news” is relatively recent, yet news that is less than accurate is nothing new. With respect to the words and actions of an American president, fake news dates back at least to the early 1900s. President Woodrow Wilson who held office from 1913-1921 once complained about the “fictions” he found, even in reputable newspapers like The New York Times. The difference between now and a century ago is the degree of falsehood and frequency of inaccurate reporting, much of which has been facilitated by electronic media– and promulgated through social media.

Political issues are always matters of interpretation and perspective, and media reports typically arrive in public view after having been subjected to some degree of spin. Currently, spin appears to have been supercharged, particularly within mainstream media entities that lean decidedly to the left. Hyper-spin is also found on the right, but with the exception of Fox News, right-leaning news organizations typically fall outside of the mainstream and reach far fewer people than publications like The New York Times and CNN, two once highly respected media organizations that have lost much of their once prized credibility.

President Trump has repeatedly called out The Times and CNN for publishing “fake news”. In fact, as often than not, the coverage provided by these organizations isn’t so much “fake news” as it is intentionally manipulated. A favored approach is to take a kernel of truth and process it through a cyclonic word processor, whereupon it emerges twisted almost beyond recognition. Editorial opinion is often viewed as fake or warped news. It is neither; irrespective of any disclaimer (the views expressed are not, blah, blah, blah) or lack thereof, opinion pieces and “op-eds” are, as their names imply, opinion.

Actual news is a far different matter, as mainstream “factual” reports invariably twist to the left. Although the publication of fake news news can be a consequence of the honest application of philosophical interpretation to a statement, it more commonly tends to be a result of a pointed desire to misrepresent facts.

A prime and all too typical example of fake news is The New York Times coverage of President Trump’s February 24 address at the Conservative Political Action Conference. In spite of allegations by the left, that mainstream media reports are accurate, evidence of The Times reporting fake news is incontrovertible. In an article entitled, “Trump’s blistering Speech at CPAC Follows Bannon’s Blueprint“, The Times reporter Glenn Thrush wrote, “His speech also included a promise to throw undocumented immigrants ‘the hell out of the country’ ”. Yet, according to the White House transcript, his actual statement was, “As we speak today, immigration officers are finding the gang members, the drug dealers and the criminal aliens, and throwing them the hell out of our country.”